A ‘revolt against the cult of the male genius’: the must-see photographs at Rencontres d’Arles 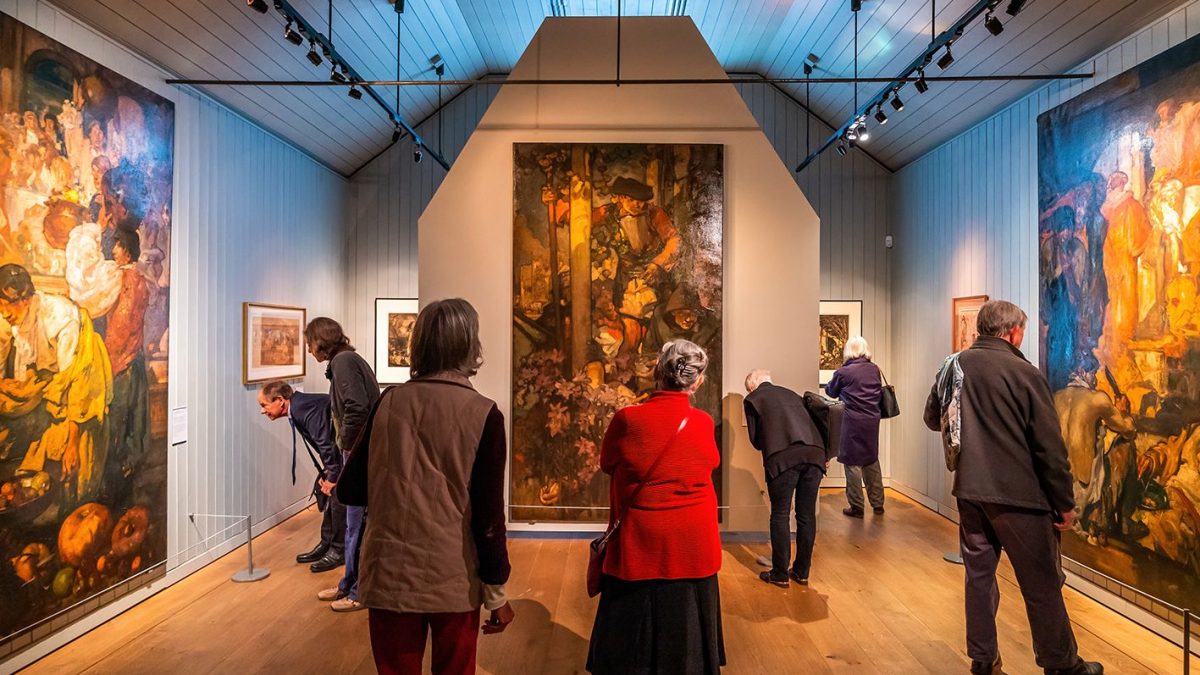 Sussex is a county I know well, having spent my formative years there growing up in a cottage buried deep in the countryside. My own childhood doodles tend to show me chin deep in fields of poppies and oxeye daisies, which are still, to me, the visual highlight of a Sussex summer. So, Sussex Modern, a new organisation with the aim of promoting the county’s culture and landscapes, spearheaded by Nathaniel Hepburn, the director of Charleston, piqued my interest.

The venture follows a collaborative post-Covid model that has proved popular with other regions both in the UK and abroad, aiming to bring back visitors by offering a smorgasbord of cultural and visitor delights, mixing lesser-known museums and attractions with those that are already on the map.

Sussex Modern includes 36 cultural organisations and spectacular vineyards, many of which nestle amid the undulating landscape of the South Downs or inhabit picturesque villages and assorted seaside towns, some upbeat, some more down at heel. The organisations range from well-known “art partners” like Brighton Museum and Art Gallery, to “wine partners” like the stunning Rathfinny Wine Estate, and “landscape partners” like Pevensey Bay and Devil’s Dyke.

Poured into this heady mix are six large-scale text sculptures by the Turner Prize-nominated artist Nathan Coley, which pop up in surprising Sussex locations chosen by the artist. They are intended to encourage one to see things differently and create a route through the Lewes part of the region. They succeed in part, but perhaps not in the way that was intended, which is to create tensions from which arise new meanings. Certainly, some locals were less than enamoured and had devised meanings of their own.

The only new commission in the series is installed at Charleston, the romantic yet rather gloomy home of the Bloomsbury artists Vanessa Bell and Duncan Grant, which is currently hosting two Langlands & Bell exhibitions. The rest of the sculptures were made between 2006 and 2014. Perhaps it is this repurposing that doesn’t quite do Coley’s works full justice. Rather than engaging in fresh dialogue with their surroundings, there are occasions when they seem decidedly at odds with their locales (such as Newhaven beach and fisheries, the latter in receipt of a significant levelling-up grant).

This is partly because the works are energy-hungry and, in this sense, seem rather metropolitan and profligate—their myriad light bulbs need to be kept burning night and day (with the exception of the installation in Lewes)—and partly because Coley’s clever borrowings of texts from other’s mouths (the last line from Candide or a snatched conversation on a New York subway) appear unrelated to the people who now live alongside them. Fittingly, the Newhaven installation (“YOU IMAGINE WHAT YOU DESIRE”—George Bernard Shaw) faces out to sea to bemuse arriving refugees, while the line from Candide (“WE MUST CULTIVATE OUR GARDEN”), positioned atop a closed carpark in Eastbourne, can best be seen as you come down from London by train.

In contrast, two marvellous museums—the Towner Eastbourne and Ditchling Museum of Art and Craft—are firmly rooted in their communities. Current exhibitions at the Towner display the works once owned by the female gallerist Lucy Wertheim, who avidly collected mid-20th-century British Modern art and whose deep association with the gallery and with her artists led to her bequeathing the Towner 50 works. The two exhibitions devoted to Wertheim feature more than 150 pieces, and are enriched by passages from her lively memoir Adventures in Art (1947).

The museum also houses the largest public collection of the work of the British artist Eric Ravilious, who lived most of his life in the county and whose landscapes of the South Downs are instantly recognisable but who was born just down the road from where I live now in Acton, in north London.

The delightful Ditchling Museum of Art and Craft is everything a local museum should be, even though it was founded by a lay craftsman community that included and outlasted the infamous sculptor Eric Gill (who established the Guild of St Joseph and St Dominic there). The museum building itself—which consists of a farm building, an old school and a new Adam Richards addition—has won a heritage redesign award with all the buildings cheerfully and respectfully repurposed.

The museum’s special exhibition, devoted to the artist Frank Brangwyn, who bought a house in the village in 1917 and made Ditchling his home until his death in 1956, not only shows the impressive group of monumental murals that he made for Skinners’ Hall in London (on public display for the first time, having been removed while the Hall undergoes restoration), but also shows Brangwyn’s etchings and photographic studies for his mural commissions, including studies of local models in Ditchling (such as the boy Donald Sinden—better known as the late thespian and 1950s film star).

The museum has also taken the opportunity to recreate one of these murals, Education, substituting children from the local school for Brangwyn’s contemporary villagers, and exhibiting it in their sunny education space. Across the room, an assortment of “posh dressing-up stuff”, as the director puts it, borrowed from the local Glyndebourne opera, is there for both adults and children to try.

Ditchling has the largest cluster of open studios outside Brighton and the museum plays its part in keeping local skills alive. Its small garden is devoted to plants from which dyes and pigments can be extracted. As a microcosm of a little arts-and-crafts universe, which has the Ditchling community past and present at its heart, it is one of the highlights of Sussex Modern. But don’t forget the 260 miles of South Downs and those fields of waving poppies and daises.

• Langlands & Bell, Ideas of Utopia, Near Heaven and Absent Artists, Charleston, until 29 August