At the Morgan Library and Museum, the art of a misfit master revealed 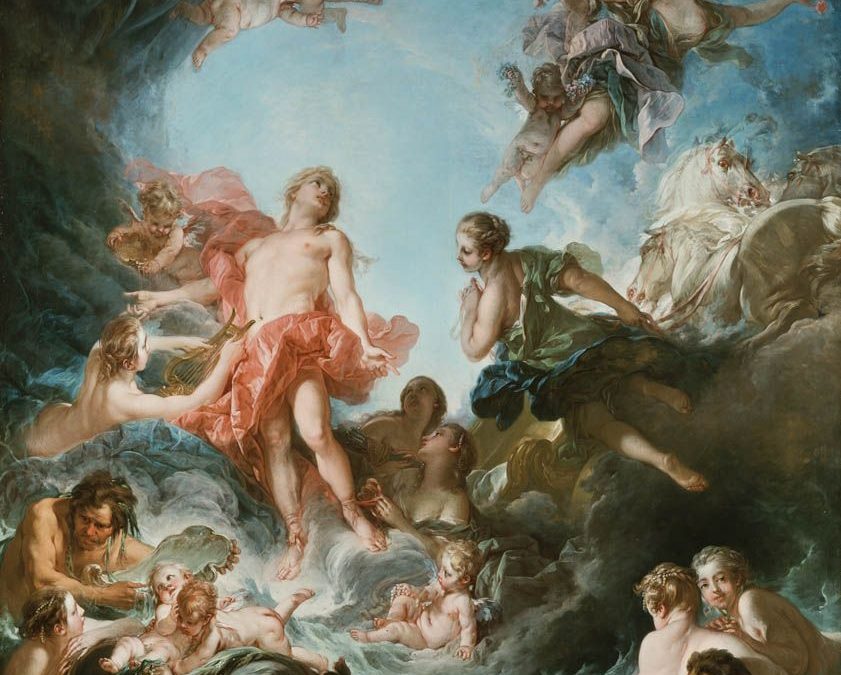 What is your favourite colour? It is a question we have all been asked. Because we all have one, don’t we? For Claude Monet it was violet, for Lisa Brice it is probably blue, and for Antoine Vollon it might well have been yellow. The 19th-century French painter specialised in still-lifes, and Mound of Butter (1875-85) is one of his finest. Like a loose item of clothing, the white cheesecloth wrapped around the butter has slipped off, laying bare the rich and creamy mass. Together with a pair of perfectly contained eggs, it is heaped on a wooden tabletop, a smeary paddle stuck in its side. Against a dark backdrop, the mound glows almost gold—decadent and divine.

Colour is a language like any other. Throughout art history, it has been charged with meaning, even if that meaning has changed according to culture, time and place. It is both a description and a symbol, packed with social, religious and metaphorical references. Colour in art can be realistic, as in Vollon’s morning spread, but it can also be idealised and fanciful, dashed with delicate gilded accents, say. It can be dulled or saturated to express an atmosphere, an emotion, a mood. It can be pared back to the point of erasure.

“Where I got the colour red—to be sure, I just don’t know,” Matisse once remarked. “I find that all these things… only become what they are to me when I see them together with the colour red.” In 1908, he was commissioned by Sergei Shchukin to make a decorative panel; the Russian collector was a fan of pictures that gave him a shock and the leader of Fauvism was producing some of the peppiest art around. The work was to hang in the dining room of Shchukin’s mansion, in Moscow, and to be called Harmony in Blue. But after Matisse had handed over the canvas, he decided he was not happy with the result, so he demanded to have it back and painted over it in raspberry red.

Why limit yourself to one colour when you have an entire spectrum at your fingertips? In Ice Cream 1 (1964), Evelyne Axell used a rainbowed array to evoke a sense of female freedom and the sexual revolution of the 1960s. The monochrome face of a beautiful woman is juxtaposed with cherry-red hair and appears to float free in an abstract sea of yellow, blue and green spirals. There is no sign of the woman’s body—just her hand, wrapped around a pale beige cone. As she pushes out her tongue to lick her melting ice cream—a neon blob of strawberry pink and mint green—she closes her eyes, losing herself in the technicolour sweetness.

What is my favourite colour? I don’t have an easy answer. And even if I did—let us say, I go for green—I could be talking about apple-green, leaf-green, lime-green, emerald, olive or sage. All things nature-related. It is hard to imagine a world without colour, and it is also hard to imagine a world in which colour is static, fixed. Colour in life—as in art—is rich and vital, infinitely varied, always in flux.

Louise Bourgeois once said, “Colour is stronger than language. It’s a subliminal communication.” And yet, many writers have attempted to put hues into words. Among the most important texts are Isaac Newton’s treatise Optiks (1704), Johann Wolfgang von Goethe’s Theory of Colours (1810) and Interaction of Colour (1963) by Josef Albers. Here are four more recent favourites.

The Secret Lives of Colour (2016) by Kassia St Clair

The journalist Kassia St Clair wrote a monthly column on colours for Elle Decoration magazine before selecting 75 of the most fascinating and telling their story. On this kaleidoscopic tour, she dips into the history, science and cultural origins of each shade, from lead white and chrome yellow to imperial purple and fluorescent pink.

Maggie Nelson’s luminous book is about heartbreak, grief and art. In 240 prose poems, the author takes us on a journey through all the world’s blue and introduces us to others obsessed with it, from Yves Klein and his saturated fields of pure powdery colour to Joni Mitchell and her legendary album named after the colour.

Yellow: The History of a Colour (2019) by Michel Pastoureau, translated by Jody Gladding

Michel Pastoureau has written five monographic studies of colour, the most recent being this richly illustrated history. Focusing on European culture, the French historian explores the different roles and meanings of this bright and sunny hue from prehistory to present.

The World According to Colour: A Cultural History (2021) by James Fox

As with most things readily available to us, we take colour for granted, and with this sweeping study, the art historian James Fox refocuses our attention. A compelling tale of our changing relationship with colour, complete with pleasing titbits about a crushed green bottle fly and soap advertisements.