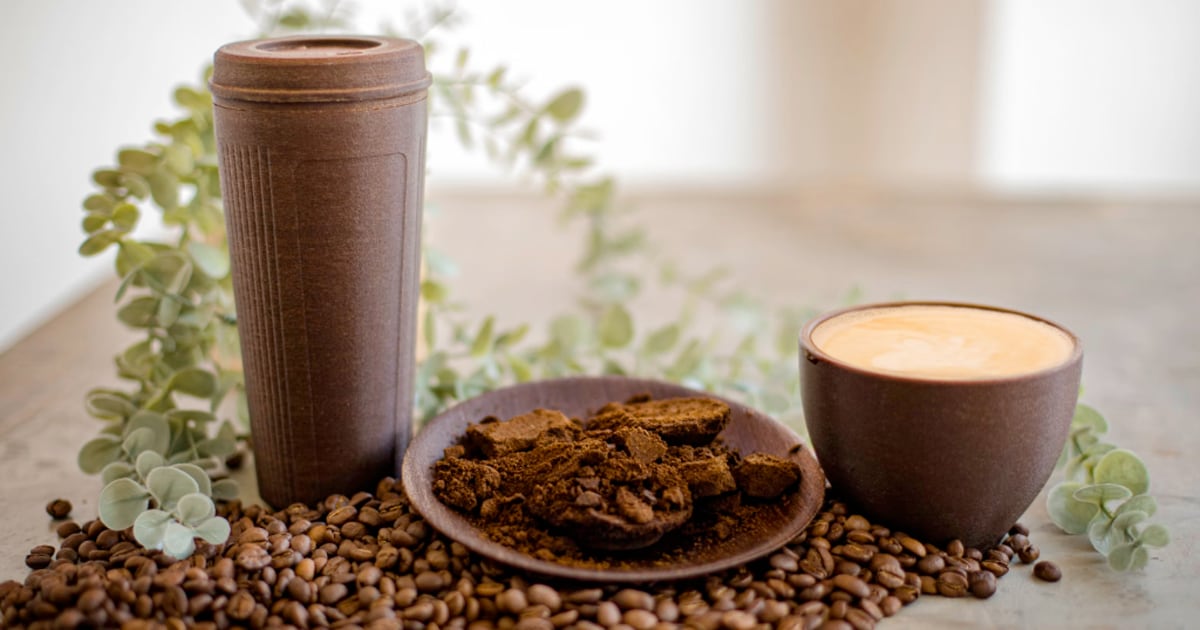 Disposable coffee cups are undeniably damaging to the planet and its inhabitants, and even as some regions ban them entirely, we’ll continue to feel the effects of our consumption for generations. The estimated 250 billion vessels we collectively use each year often wind up in landfills and oceans contributing to pollution, although they aren’t the only harmful component of our morning habits: The grounds also produce gasses and damage soils when discarded in large quantities, two problems the designers behind the innovative Kreis Cup want to remedy.

Already fully funded on Kickstarter, the sustainability-focused project combines coffee grounds with plant materials, creating a hardy substance molded into a travel mug and latte cup. The practical, recycled designs are dishwasher safe, double-walled for insulation, and fully biodegradable. As an additional perk, they even retain that signature coffee smell.

The Kreis Cup—which translates to “circle cup” in reference to the process of being part of a circular economy—is currently in the production stage, but you can still pick up the designs on Indiegogo. (via Yanko Design) 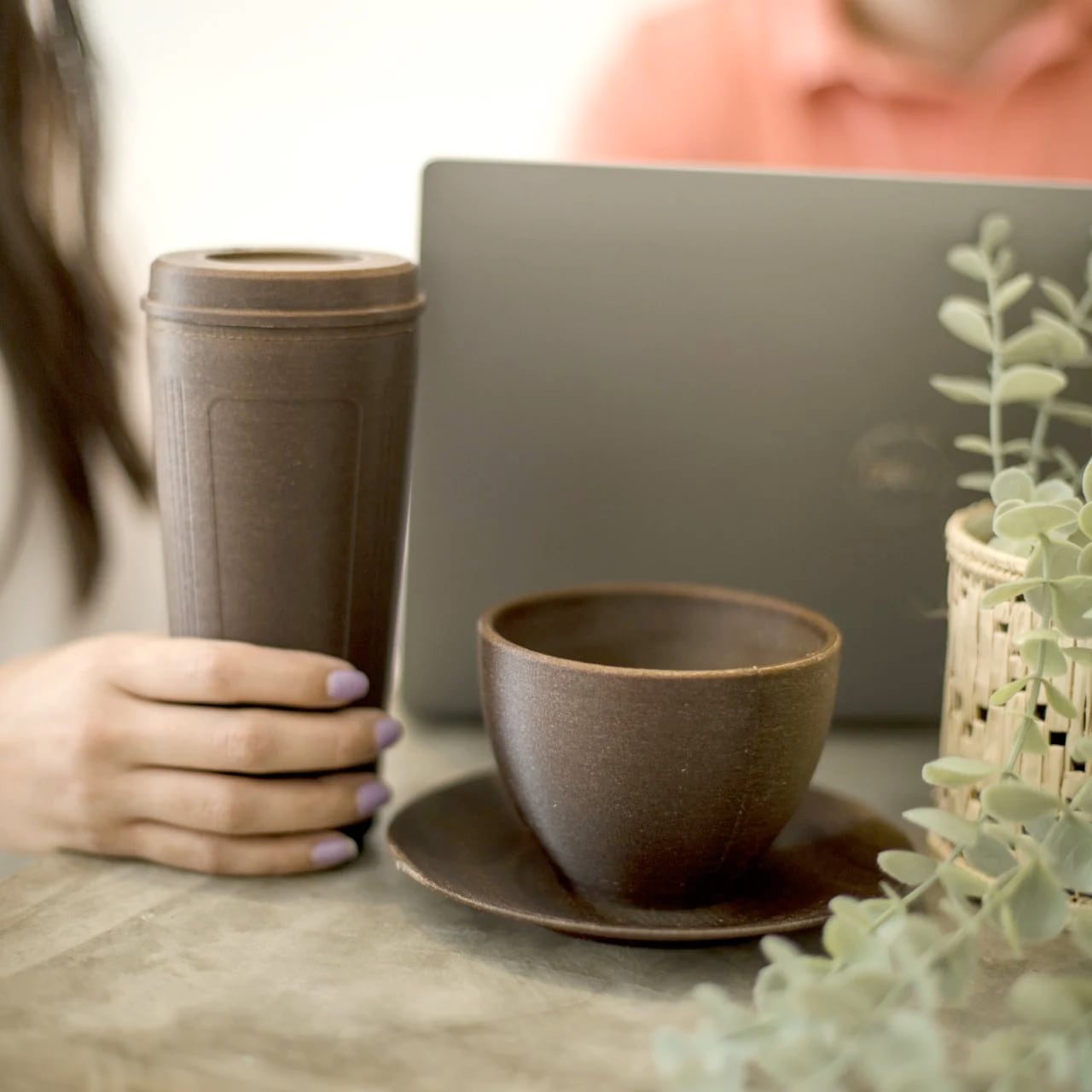 Related posts on Colossal about coffeesustainability