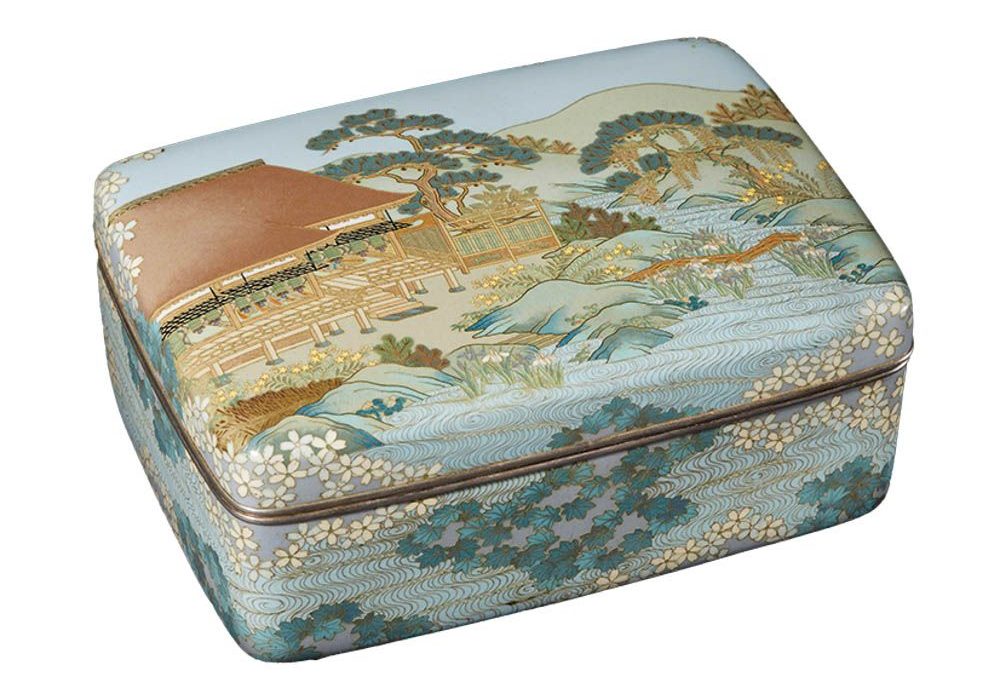 Cloisonné enamels, the ancient technique of decorating metal, ceramics and porcelain, can be tracked back in Japanese history to the 17th century. By the late 19th century, enamels were one of Japan’s most successful exports. A collection of around 900 enamels have now been transferred to the Peabody Essex Museum in Salem from the collection of Fredric T. Schneider, an art scholar who amassed his collection over a 30-year period. The collection includes original commissions for the Japanese imperial family and demonstrates the full range of techniques used to create these uniquely decorative works. The donation will strengthen scholarship on the subject, with ephemera and photographs and rare books made available to researchers for the first time.

The High Museum of Art, Atlanta

The High Museum of Art in Atlanta, Georgia, has acquired two works by cross-generational American artists: the abstract mixed-media work Shadows of the People, created in 2021 by Lonnie Holley, the long-term chronicler of Birmingham, Alabama, and the 1913 painting Brown the Wheats by the New York artist Samuel Johnson Woolf. Both works are “rooted in social consciousness”, says the museum’s chief curator, Kevin W. Tucker; Holley has painted spectral faces on a quilt to symbolise the labour of marginalised women, while Woolf depicts an onlooker peering into a bustling restaurant from a New York street. The works “represent diverse perspectives that provide meaningful opportunities to foster a multitude of dialogues across our collections”, Tucker says. The Holley was acquired from Blum and Poe via the artist’s studio and the Johnson Woolf from a private collection.

The Wendy and Arkie Whiteley Bequest

The celebrated Australian artist Brett Whiteley died from an opiate overdose in 1992, aged 53, leaving his life’s work to his actress daughter, Arkie. In 2001, the artist’s estranged wife, Wendy Whiteley, became the sole custodian of her husband’s collection when Arkie died in turn, aged 37, from cancer. Now, Wendy Whiteley has announced the bequest to The Art Gallery of New South Wales (AGNSW)—to be divided equally with the Brett Whiteley Foundation—of nearly 2,000 works of art from the Whiteley collection, valued at more than A$100m ($69m) in total. The full breadth of Whiteley’s diverse practice is represented in the collection, including paintings, sculptures, drawings, prints, collages and ceramics. Wendy Whiteley has also said that her home in Lavender Bay, Sydney, will be sold on her death, with proceeds to be secured in a trust to benefit the Brett Whiteley Foundation and management and conservation of the works. Paintings in the collection include Brett Whiteley’s Autumn (near Bathurst)—Japanese Autumn (1987-88), as well as early career highlights such as Somewhere in summer (1961) and The blue bathroom (1963)