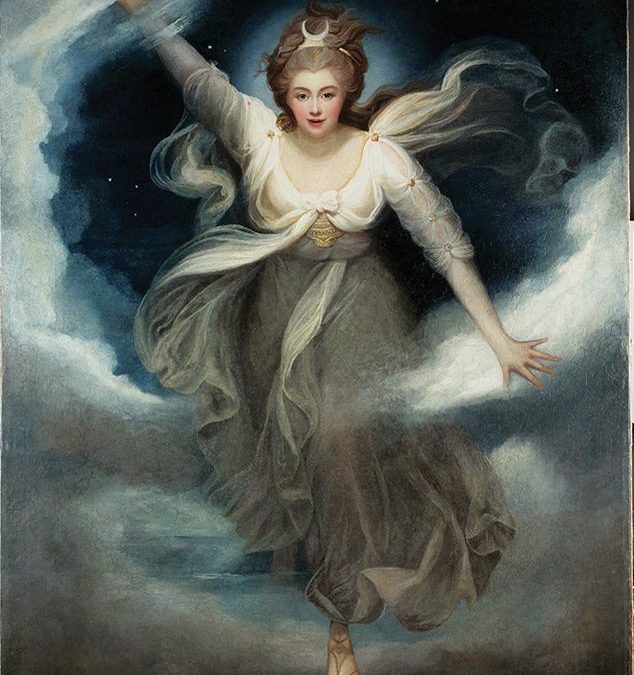 When talking about women artists, it is usual to reference Linda Nochlin’s groundbreaking 1971 essay, Why Have There Been No Great Women Artists? As Paris Spies-Gans—independent scholar and author of this new book—rightly says, it was a call-to-arms to make them visible. But that was over 50 years ago. One may ask now, what has changed since then? In recent years, the answer is a lot.

Around the world there has been a mini-flood of monographs and exhibitions on historic women artists, and their work is suddenly a profitable art market commodity. How to assess their careers remains a question, however. What was their place in and contribution to the art worlds they inhabited? Of what we know of them, what is inherited stereotyping on the one hand or over-eager feminist reading on the other? And to what extent is the current vogue for their work merely diversity box-ticking rather than genuine recognition?

This book sets out to place women artists working in Britain and France between 1760 and 1830—the “Age of Revolutions”—firmly within the art-historical narratives of the period. The task, Spies-Gans argues, demands more intellectual rigour than simply enhancing knowledge of their existence; and in an ideal world it should go beyond dealing with their careers as separate, simply because of their gender. A detailed analysis of the records of public exhibitions in London and Paris, chiefly the Royal Academy of Arts and the Académie Royale respectively, lies at the heart of this survey.

Unusually for an art history book, data is presented in the form of charts and graphs. It is a powerful way of pressing home the point that the handful of prominent names that make it into standard art histories, such as Angelica Kauffman and Élisabeth Vigée Le Brun, are not exceptions in a male-dominated world, but part of a much wider and neglected story. Women, it is demonstrated, were a consistent presence in public exhibitions throughout the period. More than 800 individual women artists exhibited in London, and at least 400 in Paris. This is an astonishing statistic. It blows apart the clichéd but hard-to-shift notions of women artists as few in number, pursuing careers that blurred the lines between professional and amateur.

In fact, Spies-Gans sees this period as one that witnessed the first collective rise of the professional female artist. Women used public exhibitions for exposure and opportunity. How they trained, what they chose to exhibit, their networks and commercial acumen, and the strategies they devised to overcome obstacles because of their gender, are examined over six chapters. Preconceptions are regularly challenged.

For example, rather than “still-life” and “flowers” (the lesser genres), most women exhibited portraiture. Maria Cosway’s striking image of the Duchess of Devonshire as the moon goddess Cynthia (1781-82) shows the sitter wrapped in ethereal clouds in a clever blend of “celebrity”, history and literary narrative. The French Academician (one of only four women) Adélaïde Labille-Guiard depicts herself at her easel with two attentive female pupils behind her. It is one of many self-portraits, or images of fellow female artists reproduced in the book that show women proudly in the act of creation. And it is one of many painted on a large scale, demonstrating ambition and painterly skill.

Another preconception, the idea that (broadly speaking) women did not practise history painting as they had no access to essential life-drawing classes, or, put about at the time, because they lacked the capacity for “invention”, is here successfully critiqued. Angélique Mongez, a pupil of Jacques-Louis David, was one of many French women to exhibit large, complex classical narratives that incorporated nude figures while placing the focus on female protagonists. In this context, Kauffman’s decision to represent “Design”—one of four allegorical paintings for the ceiling of the Royal Academy—as female rather than male suddenly assumes more weight.

In support of its central and forceful point not to pigeonhole women along conventional lines, A Revolution on Canvas is illustrated mainly with portraits and historical works: those by Marie-Victoire Lemoine, Marie-Nicole Dumont (showing herself juggling painting and motherhood), Marie-Geneviève Bouliar and Marie-Denise Villers, or Marie-Guillemine Benoist, Adèle Romany and Constance Mayer, may come as a revelation to most readers. And yet, while applauding this desire to avoid stereotypes, perhaps the emphasis towards history and portrait painting, despite the data showing they were the two most exhibited genres (narrative in Paris was second to portraiture), has meant a drift from the complete truth. For the reality is that women did paint still-life, flowers and portrait miniatures. It was what artists such as Anne Vallayer-Coster did brilliantly. And where is landscape? The second most exhibited genre in London, we learn, but not discussed at all by Spies-Gans.

Setting the context for women’s growing ambition to pursue creative, public careers was the era itself—the revolutionary turmoil that prompted debates about democracy and citizenship, which in turn shone a light on women’s rights. It was the age of the philosophical writings of Olympe de Gouges and Mary Wollstonecraft. Spies-Gans acknowledges the paradox in charting women’s increasing creative freedom at a time when political democracy did not extend to them. Another inevitable contradiction – in a book devoted to women artists—is the author’s call to embed their histories into broader art-historical narratives, rather than to continue to treat them separately. That, surely, is the ultimate goal.

But how many of the artists that are discussed in this book are genuinely recognisable names, and how many of the 1,200 named exhibitors are represented in public collections? It is still the case that when female artists are mentioned, the question “Were they any good?” still hovers. Books focused on gender are arguably still necessary. By making its points compellingly and driving the agenda forward, A Revolution on Canvas is an important contribution to the field.

• Tabitha Barber is the curator of British Art 1500-1750 at Tate and was the lead curator and catalogue editor/contributor of British Baroque: Power and Illusion (Tate, 2020). She is currently preparing an exhibition on historic women artists to be staged at Tate Britain in 2024