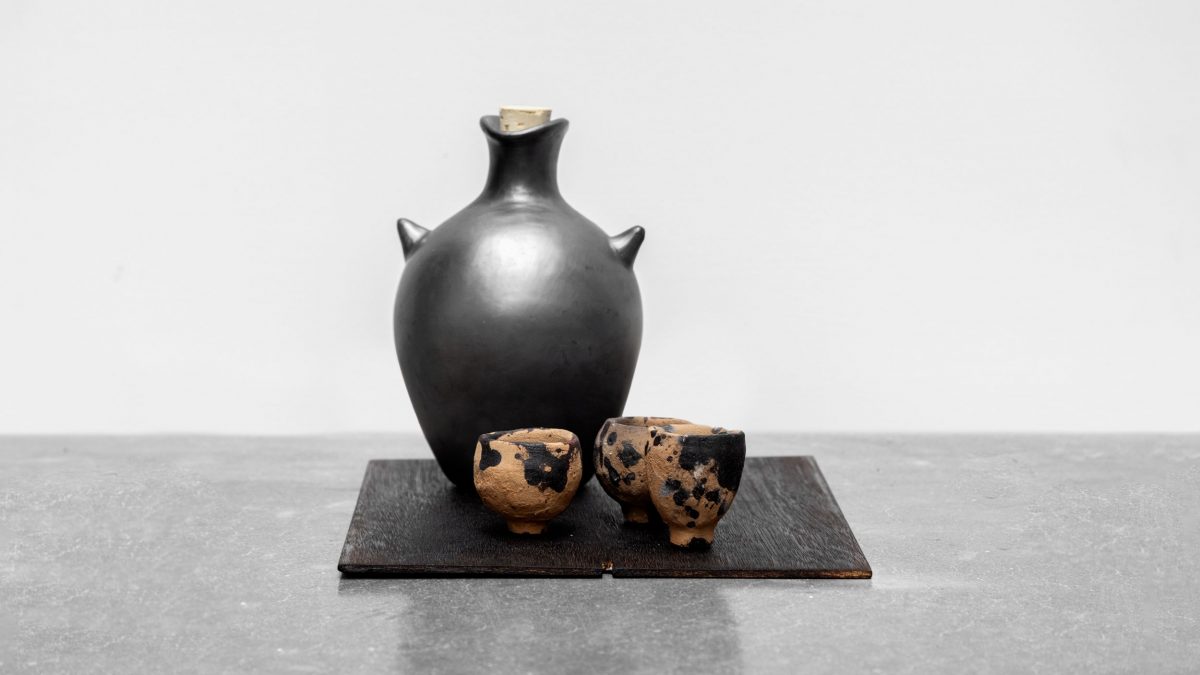 The celebrated artist Rirkrit Tiravanija, whose work transcends classification but melds conceptualism with performance and relational aesthetics, travelled to the Mexican state of Oaxaca several times over the last two years to observe the time-honoured techniques of master potters from various villages. Tiravanija originally envisioned that he would create a “pottery recipe book” that would juxtapose reimagined examples of the craft with traditional recipes, which would be advised by the chef Elena Reygadas of the Mexico City-based restaurant Rosetta. But, as Tiravanija spent more time with the artisans and worked alongside them, the project evolved into “a more expansive, more ritualistic and ceremonial work”, he says.

The culmination of the project premiered at Kurimanzutto in Mexico City earlier this year in the exhibition Mezcal vs. Pulque(until 16 July), which comprises an extensive series of vessels that echo various traditional Oaxacan pottery forms and designs. The works were made in collaboration with Cooperativa 1050º, a collective led by the artist Kythzia Barrer and made up of potters from Oaxaca, Puebla and Chiapas.

A wooden structure at the centre of the exhibition was modeled after an abandoned stone house in Rio Blanco, Tonaltepec, and filled with several ceramic pieces. Two large-scale paintings smudged with the black ash and clay that emanated from a mezcal vessel and a pulque vessel are also featured in the show. As with his landmark works that use cuisine and gathering as a medium—such as Untitled (Free/Still) (1992/1995/2007/2011-ongoing), in which the artist and collaborators serve free food via a temporary kitchen—the opening of the exhibition involved a lively sampling of the traditional psychoactive drinks.

“It’s all rooted in the idea of being together and having an energetic exchange,” Tiravanija says. “At first the potters I encountered were very cautious because there had been others before me who took these pieces and left them with virtually nothing. I was a stranger that had come to their mountain, but then we cooked and ate together.”

He adds: “There were questions and doubts but, at the same time, everyone was quite open. It was a beautiful experience to be with people who I couldn’t even talk to, since I don’t speak Spanish well enough. We had to look each other in the eyes and move our hands around but still had a profound communication.”

The mezcal and pulque were “the excuse for the pottery”, Tiravanija says. “I started drinking pulque because of chef Reygadas and was in love with it. In Oaxaca, there’s beautiful mezcal and pulque made by local people with very old and traditional techniques, and potters making vessels for these drinks.”

Tiravanija says the project stems from his wider focus on Eastern tea ceremony traditions and the meticulous and austere process of creating the steeping vessels used in the ritual. “There are some similarities in the technique, but what I’ve found is that even Eastern traditions involve a lot more tools, whereas with Oaxacan pottery there’s no wheel,” he says. “You turn the ball on a little piece of scrap pottery and so you move your hand around if it’s not spinning evenly.”

“Oaxacan potters are very thoughtful about their lives and what they do,” Tiravanija adds. “This isn’t labour, it’s the whole sense of their humanity and everything they have learned from the past; they hold more than 5,000 years of knowledge.”