Museum of Making: a hands-on community hub that honours—and revives—Derby’s Industrialist past 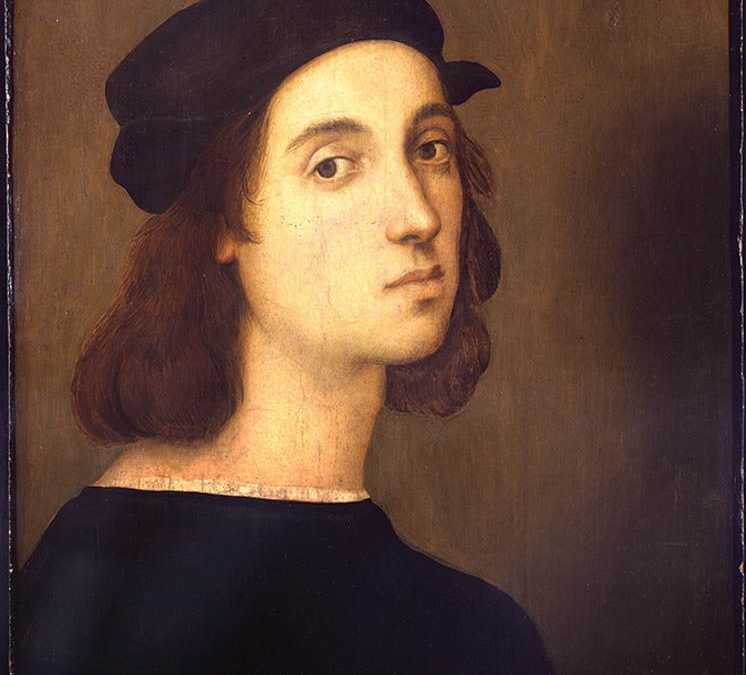 “Raphael was one of the greatest draughtsmen who has ever lived, and his drawings are certainly more various—and arguably more irresistible—than his paintings”

The celebrations marking 500 years since the death of Raphael in 1520, aged just 37, were somewhat derailed by the pandemic. But what are a few months and years after half a millennium? The Scuderie del Quirinale’s blockbuster that set out the Old Master’s life in reverse chronology was a hit in 2020 and now the National Gallery in London has received much acclaim for its current survey (until 31 July). But where do you start with such a revered artist? To help, the art historian David Ekserdjian, who co-curated the National Gallery show, has picked five must-read books.

“At least in the usual sense, art history is not a competitive sport, and both Roger Jones and Nicholas Penny were in their 30s when they wrote this page-turner of a monograph to coincide with the fifth centenary of Raphael’s birth. Fate had very different destinies in store for them: Jones would die only three years later, while in 1991 Penny discovered the artist’s Madonna of the Pinks and later became the director of the National Gallery, where it now resides.”

“Raphael was one of the greatest draughtsmen who has ever lived, and his drawings are certainly more various—and arguably more irresistible—than his paintings. Nearly 500 sheets by him, a number of which are double-sided, survive, and Paul Joannides’s catalogue of them is the only complete one in English. In addition to the necessarily telegraphic entries on all of them, 48 are given star billing, and treated to full-page reproductions accompanied by thoughtful and often eloquent commentaries.”

“Nobody would dream of reading all 1,706 pages of these two mighty volumes, which means they are decidedly more of a must-consult than a must-read production, but that does not mean that they do not belong on this list. John Shearman was widely revered—and ever so slightly feared—as a supreme authority on Raphael, and this extraordinary compilation was his last gift to the artist he loved above all others.”

Raphael: From Urbino to Rome (2004) by Hugo Chapman, Tom Henry and Carol Plazzotta

“As one of the authors of the catalogue of the National Gallery’s current Raphael show, I am only too well aware of the potential weaknesses of the genre, but it seemed crazy to exclude it from this survey. The main reason why this one gets my vote is that its holy trinity of scholars know what they are talking about and achieve an exemplary balance between painstakingly close focus and broad overview.”

Raphael and the Antique (2020) by Claudia La Malfa

“Raphael was terrifyingly productive, and some believe he died of overwork as opposed to too much horizontal activity. It therefore makes a great deal of sense to explore this absolutely crucial if sometimes slightly overlooked aspect of his art in close-up instead of trying to gobble him all up, especially if you bring it off with as much aplomb as Claudia La Malfa does.”