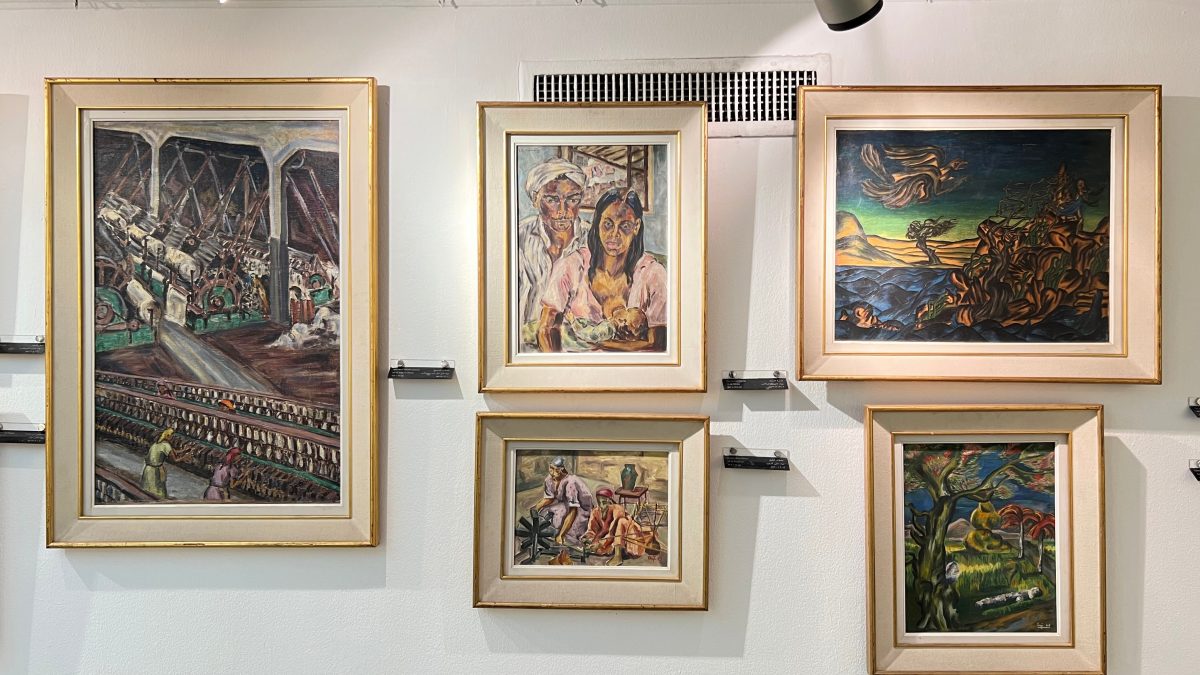 A new display of works by the late painter and feminist activist Inji Efflatoun has opened at the Museum of Modern Egyptian Art in Cairo. The semi-permanent exhibition is comprised of works from a collection that the artist had bequeathed to the Egyptian government on her passing in 1989.

Previously housed at the Prince Taz Palace, a prime example of Mamluk architecture in Islamic Cairo, the display has been moved for conservation reasons and now takes over a wing of the Modern art museum. It is described by the institution’s director Iman Nabil as “a museum within a museum”.

Around 60 works are on view, organised by a curatorial committee appointed by Egypt’s ministry of culture. Nabil says that this particular collection is unique for the expansive selection of works that span different periods of the artist’s oeuvre. This includes works from her early Surrealist period, her prison series that she painted while incarcerated, political works depicting the Egyptian revolution of 1952 and works from her later period that feature landscapes, orange trees and her exploration of light.

Born in 1924 to an aristocratic family of wealthy landowners, Efflatoun was raised by her mother, a fashion designer and entrepreneur who had divorced from the artist’s father. Efflatoun studied in French schools in Cairo (the Collège du Sacré Coeur and Lycée Français), where she developed an interest in literature and philosophy. From the age of 15, she trained with the artist Kamel El Telmissany, who introduced her to the Surrealist Art and Liberty group.

Efflatoun’s training continued from the late 1940s onwards under the tutelage of artists including Margo Veillon, Ragheb Ayad and Hamed Abdalla. Throughout her life, Efflatoun’s work was exhibited prominently, both on a regional and international scale. Notably, she took part in the 1952 Venice Biennale and 1953 Bienal de São Paulo. Feminist subjects and portrayals of women’s struggles in an expressive visual language are characteristic of her practice. In 1959, she was imprisoned by President Gamal Abdel Nasser’s government for communist activities, where she continued to paint her experience.

The Museum of Modern Egyptian Art in Zamalek, Cairo, holds a collection of 12,000 works, with a number of these on loan both locally and internationally to museums, halls, exhibitions and embassies. In addition to this semi-permanent exhibition, there are two works by Efflatoun on display from the museum’s permanent collection.

There has been a resurgence of interest in Efflatoun’s work in recent years, as her works are on display in a number of major institutions internationally, and have been included the exhibitions Surrealism Beyond Borders at Tate Modern and the Whitechapel Gallery’s A Century of the Artist’s Studio.