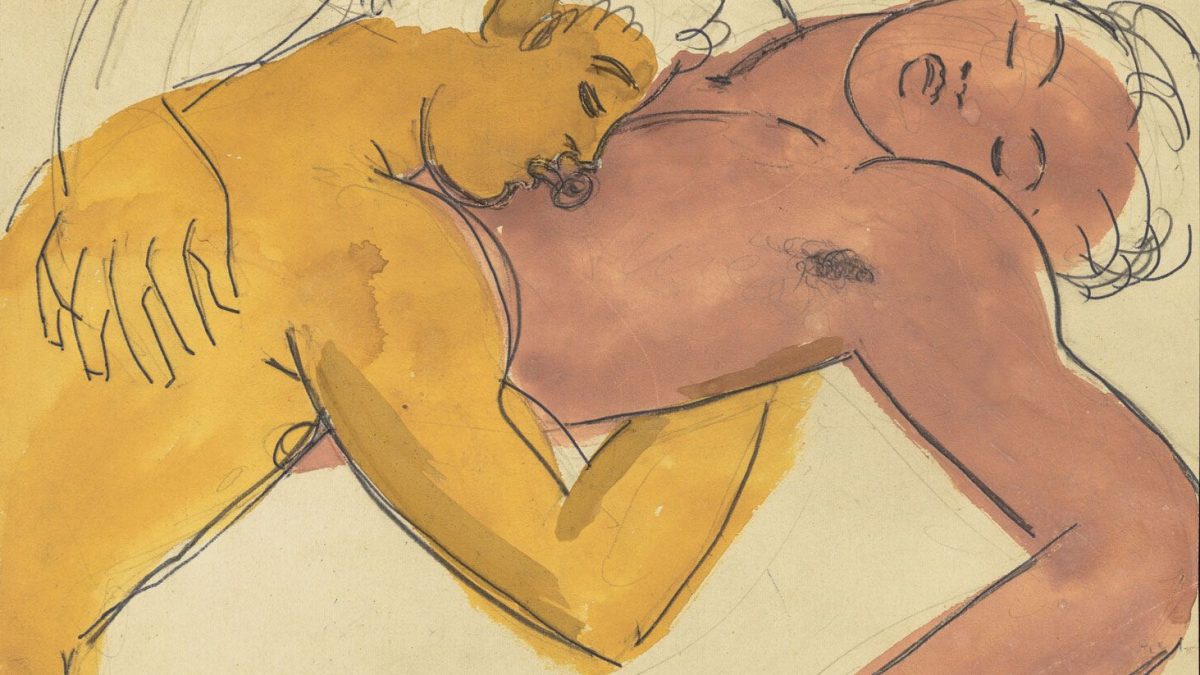 The organisers of the show say in a statement: “The drawings, long feared lost or destroyed, were donated to Charleston, Grant’s former home, in 2020. They were passed by Grant to his friend Edward le Bas in 1959, in a folder marked ‘These drawings are very private’; they were kept and passed from lover to lover, friend to friend in secret for many years.”

Clarke adds: “There’s a strong theme in the work of interracial sex, of white and black males together. Duncan Grant had Black friends who were models, who were also lovers throughout his life.” All of the works were made in the 1940s and 1950s when homosexuality was still illegal in the UK.

Grant was a leading light in the Bloomsbury set of artists and aesthetes, which included Vanessa Bell, Clive Bell, Roger Fry and Lytton Strachey. The colourful and unconventional group co-founded the Omega Workshops, an experimental design collective that produced homeware, from printed fabrics and textiles to ceramics.

The exhibition will also include works by the contemporary artists that should “create a dialogue between the present and the past, one that engages in continuing debates around sexuality”, the organisers say. The London-based artist Somaya Critchlow has produced a suite of eight new drawings and watercolours featuring the female nude, while Alison Wilding will show three abstract watercolour works on paper. Last year, a joint exhibition of works by the British painter Tunji Adeniyi-Jones and Grant was held at Charleston.

UPDATE (3 July): The Scottish artist Kadie Salmon will also show works in Very Private? She uses a combination of digital and analogue imagery, along with traditional hand colouring techniques, to create photographs. Salmon explains how the artist studio and gardens of Charleston House provided a “rich backdrop for intimate, romantic and sexualised encounters between three female figures”.