Edinburgh show dissects the art of anatomy and delves into some of the more gruesome practices fuelling it, like graverobbing and murder 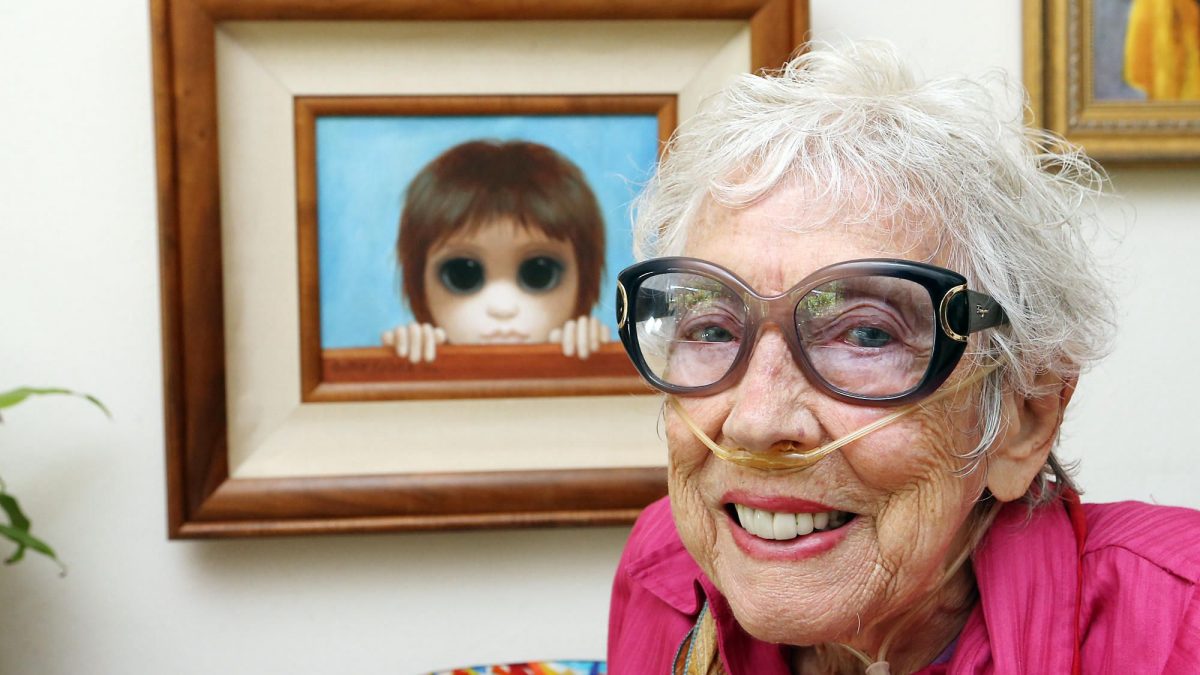 Margaret Keane, a painter whose kitschy, doe-eyed figures became a ubiquitous part of the mid-century American visual landscape, has died. Keane died of heart failure in her home in Napa Valley, she was 94. Her dramatic rise to fame, which included her husband Walter Keane taking credit for the canvases, a claim that culminated in a court-mandated “paint off” to discern which Keane was the painter, was adapted into a 2014 film by Tim Burton titled Big Eyes.

Keane was born Margaret Doris Hawkins in Nashville, Tennessee in 1927. A childhood mastoid operation caused eardrum damage that resulted in permanent hearing issues, after which Keane became fixated on eyes, which she would use to aid her in conversation due to the poor hearing. By age 10, she had already begun drawing figures with big, saucer eyes, a precursor to what would be her lifelong pursuit.

In 1955 she married Walter Keane, her second husband. Walter, a former real-estate salesman, began an aggressive push to popularize the paintings, all while claiming to be the artist behind them. He began with local media, and in 1961 the donation of a painting to the United Nations Children’s Fund got him an interview on The Tonight Show, where host Jack Paar referred to the work as the greatest painting he’d ever seen.

While the Keane style was not lauded by art-world critics of the era—when it was announced that the theme of the 1964 World’s Fair would be based on a Keane painting, New York Times art critic John Canaday wrote that “Mr. Keane is the painter who enjoys international celebration for grinding out formula pictures of wide-eyed children of such appalling sentimentality that his product has become synonymous among critics with the very definition of tasteless hack work”—its popularity continued to swell outside of this inner circle. Keane quickly opened galleries throughout the country, with Keane prints and postcards placed in department stores and selling by the millions.

“[Walter] had me sitting in a corner,” Margaret Keane told The Guardian in 2014, “and he was over there, talking, selling paintings, when somebody walked over to me and said: ‘Do you paint too?’ And I suddenly thought—just horrible shock—‘Is he taking credit for my paintings?’” In the interview, Keane describes how Walter would require her to paint day and night with the blinds drawn so no one would know she was the artist behind the canvases. “When he wasn’t home he’d usually call every hour to make sure I hadn’t gone out,” she said. “I was in jail.”

After ten years of marriage, the couple divorced, and in 1970, Margaret told a reporter that it was she who had painted the images. She publicly challenged Walter to a live painting demonstration in San Francisco’s Union Square, and though a crowd gathered, Walter didn’t show up.

In 1986, another “paint-off” challenge was brought up, this time mandated by a judge following a defamation lawsuit that Margaret had brought against Walter. In the courtroom, Margaret carried out a big-eyed canvas in under an hour, while Walter claimed he was unable to paint due to a sore shoulder. Margaret won the case and was awarded $4m in damages, though Walter quickly filed for bankruptcy. Walter continued to claim he was the artist behind the works up until his death in 2000.

“I was in this trap, and I was getting in deeper and deeper,” she told The New York Times in 2014. “I didn’t have enough sense to stop it, or courage. And then, I think, lying like that, I think he began to lose touch with reality. I think he actually convinced himself he could paint, maybe.”

In 1992, Keane returned to California and opened the Keane Eyes Gallery in San Francisco. The gallery is still operant at 349 Geary Street, steps away from the Union Square ‘paint off’ that never happened. Keane continued to paint well into her 90s. In her later years, she became a devout Jehovah’s Witness and lived in the Napa Valley with her daughter and son-in-law, continuing to sell her work at auction and out of her gallery.