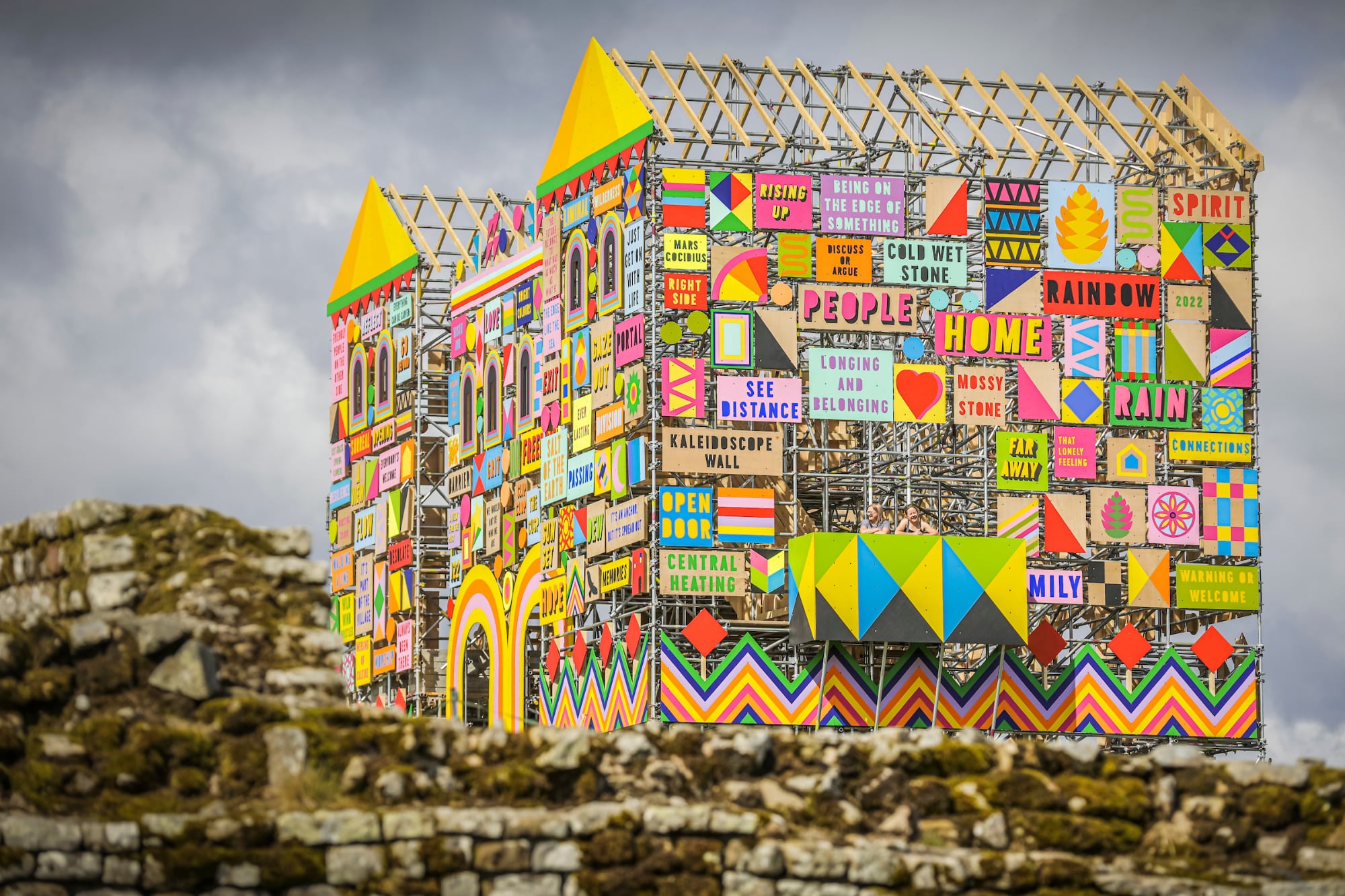 All images courtesy of English Heritage, shared with permission

Temporarily occupying the site of the ancient Housesteads Roman Gatehouse at Hadrian’s Wall, a vibrant installation by British artist Morag Myerscough recreates the structure that once stood on the bucolic landscape in northern England. “The Future Belongs To What Was As Much As What Is” is a bright, architectural reinterpretation of the 2nd-century building, reaching the same 8.5 meters high and 12.5 meters wide as the original construction.  A staircase tucked inside the scaffolding allows visitors to climb to an upper outpost and look over the landscape, offering a view that’s been unavailable for the last 1,600 years.

To create the patchwork, typographic facade, Myerscough collaborated with community members and poet Ellen Moran. Each panel is bright and geometric, and while some reference artifacts found on the site, many contain messages relating to borders, connecting the historic landmark that once defined the edge of the Roman empire to contemporary immigration issues. “We hope that placing such a bold contemporary art installation in this ancient landscape will not only capture people’s imagination but maybe also challenge their ideas of what the wall was for. Not just a means to keep people out, but a frontier that people could— and did—cross,” says Kate Mavor, the chief executive of English Heritage.

The installation opens on July 30 to coincide with the wall’s 1,900th anniversary and will be up through October 30. (via Dezeen) ‘Cairo Conspiracy’ Review: There Are No Angels