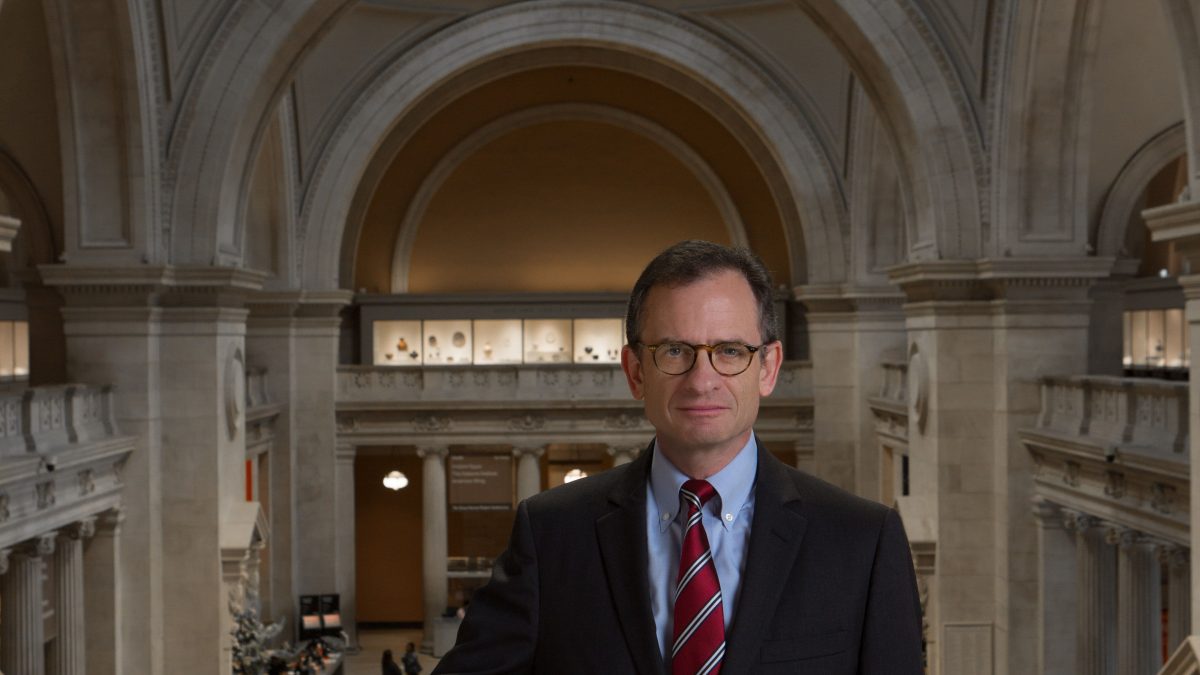 Daniel H. Weiss, who was appointed president of the Metropolitan Museum of Art in 2015 and chief executive in 2017, will resign in June next year. Weiss guided the Met through several major challenges during his tenure, including balancing the museum’s $310m operating budget, raising more than $1.5bn in private support and overseeing critical infrastructure projects.

Weiss recently introduced three major architectural projects that will transform the museum, including the reconstruction of the Michael C. Rockefeller Wing that houses the museum’s collection of sub-Saharan African, Oceanic and ancient American artworks; the $40m renovation of the Ancient Near Eastern and Cypriot galleries; and the $500m refurbishment of the Modern Wing that will be partly realised with a $125m gift from the Met trustees Oscar Tang and Agnes Hsu-Tang.

Some other infrastructure projects completed since Weiss was appointed include the $150m renovation of the European paintings galleries; the major upgrade of the musical instruments galleries and the $22m expansion and refurbishment of the British galleries. He also oversaw the transfer of the former home of the Whitney Museum, a Marcel Breuer-designed building on Madison Avenue, to the Frick.

Weiss served as the interim director of the Met between the alleged ousting of its former director, Thomas P. Campbell, who resigned in 2017 amid criticism from trustees and staff as the museum faced an estimated $40m deficit, and the appointment of the current director Max Hollein in 2018.

Amid polarising conversations around diversity and museums in 2020, the Met appointed its inaugural curator of Native American art, Patricia Norby, and a chief diversity officer, Lavita McMath Turner. Weiss also helped navigate the controversy surrounding donations from the Sackler family and the ultimate removal of the Sackler name from seven galleries of the museum in 2021.

Weiss introduced a new admissions policy in 2018, requiring that non-New Yorkers pay a $25 fee. The museum had record attendance levels during his tenure, with around 7 million yearly visitors.

In a statement, Weiss writes that the Met is an “intergenerational institution in service to the world [with] an unparalleled collection and the resources to support one of the most ambitious cultural programmes in the world”.

He adds, “Having just completed our five-year strategic plan with my colleague and partner, director Max Hollein, next year will be the right time for a leadership transition. I have every confidence that the museum is on a path to a strong future.”

Before joining the Met, Weiss was the president of Haverford College in Pennsylvania, and was previously the dean of John Hopkins University in Baltimore, Maryland, where he also completed his master’s degree in Medieval and Modern art in 1985, while subsequently obtaining an MBA from the Yale School of Management. In 1992, he completed his PhD in Western Medieval and Byzantine Art, with a minor in Classical Greek art and architecture.

The Met’s board of trustees will review the future leadership structure of the museum throughout the coming months.