‘I’m now living in a world where young women have fewer rights than I did’: art world reacts to US Supreme Court decision ending abortion rights 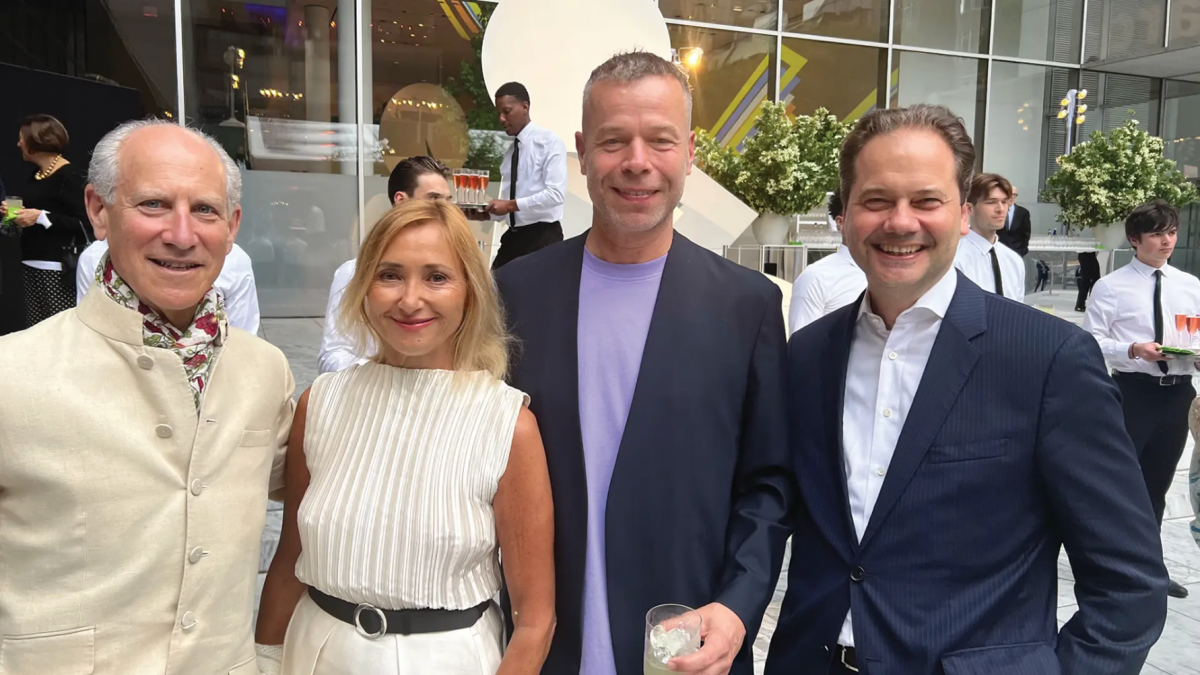 Put Wolfgang Tillmans in a room with George Lucas, Michael Bloomberg and Dasha Zhukova and what have you got? The Museum of Modern Art’s (MoMA) annual Party in the Garden (aka PIG), that’s what. This year, due perhaps to the increasingly conflicted nature of philanthropy in art, the 420-person dinner on 7 June became something of an unexpected critique of elitist institutions like MoMA,even while it celebrated its growing inclusiveness.

Star power ruled the evening. Martin Scorsese was in the house, as was the actor/playwright (and board member) Anna Deavere Smith, the architects Elizabeth Diller and Ricardo Scofidio, and a number of artists whose work is in the museum’s collection: Cindy Sherman, Adam Pendleton, Dana Schutz, Alfredo Jaar and Maya Lin, to name a few guests of the mega dealers Larry Gagosian, Marc Glimcher and David Zwirner. (The latter sent partners in his absence.)

Lucas, co-founder of the Lucas Museum of Narrative Art opening next year in Los Angeles, was one of the gala’s four honourees. Another was his wife, the extensively philanthropic co-chief executive of Ariel Investments, Mellody Hobson. To fly the flag for visual artists, we had two activists, Linda Goode Bryant, founder of the widely revered incubator for Black artists, Just Above Midtown Gallery (1974-86), and Tillmans. Both are the subjects of major surveys in MoMA’s autumn schedule.

But evenings like this really belong to the patrons who keep American museums afloat. “So much is spoken at such US events about private philanthropy,” Tillmans whispered in my ear, “when at least half of what they support is paid for by governments in other Western countries.” Then there is the other half. As the board chair of the Institute of Contemporary Arts in London, he’s now organising its first benefit auction.

Speaking without notes, MoMA board chair Marie-Josée Kravis introduced each honouree with so firm a command of their work that some cynics looked around for a teleprompter. All the same, she left it too Scorsese, a past honouree, to toast Lucas and Hobson.

“Mean Streets,” Scorsese recalled, “came out in 1973, the same year as American Graffiti—vastly different movies,” he noted—to knowing laughter—“but the first to use recorded music instead of an original score. George really can see into the future,” Scorsese added, before announcing, with no small irony, that the Hobson Lucas Family Foundation had named a new virtual production facility at New York University (Scorsese’s alma mater) for him, despite his being “a guy known for shooting all of his films on location”. (Bigger laughs.)

Lucas replied, “It’s easier to make a movie than it is to build a museum, especially for art that isn’t usually accepted in museums.” Hobson followed with, “Why do we need another museum? Because we both believe that imagination is fundamental to humanity. One day people will go to the Lucas and find themselves reflected on the walls and in the people who work there.”

Was that a dig at MoMA? Bryant, a filmmaker, artist and the power behind Project EATS’s urban farms, was even more direct. While acknowledging that museums—finally—had become more inclusive, she said: “Until recently, I never thought that time could go in reverse. So much is becoming what it used to be. I always thought time would flow. That progress meant forward. And to live in a time when things are going backwards is…challenging.” On a more positive note, she concluded, “Art is human. Only we sapiens can do it. We have the ability to imagine, and take what we imagine, and make it tangible. It is an enormous resource that increasingly we are not acknowledging in ways that we could. We can help time move forward by creating what we imagine.”

Tillmans echoed the sentiment, after recounting his first visit to the US, aged 16, to meet his pen pal in Pennsylvania. A Greyhound bus brought him to New York, where he explored such cultural landmarks as the Fiorucci store and, of course, MoMA. That experience inspired his first work of art. Without losing a beat, he then recalled meeting Roxana Marcocci, curator of his upcoming show, at the Hermitage. That was eight years ago, when, he said, “we all believed, with certainty, that dialogue through art could bring positive change. I still believe in this, however challenging times become. To Look Without Fear is the title of my exhibition. It’s a hope, an encouragement, and it’s a demand…to live without fear in the face of those who would obstruct the freedom of self-expression, of journalism, and of the arts. Please come and see this labour of love that the 16-year-old me could not have imagined.”

Just goes to show: when the unimaginable meets the unpredictable, you get art. Or, as Scorsese put it, “If you cross Star Wars with Raging Bull, you come up with The Irishman.”