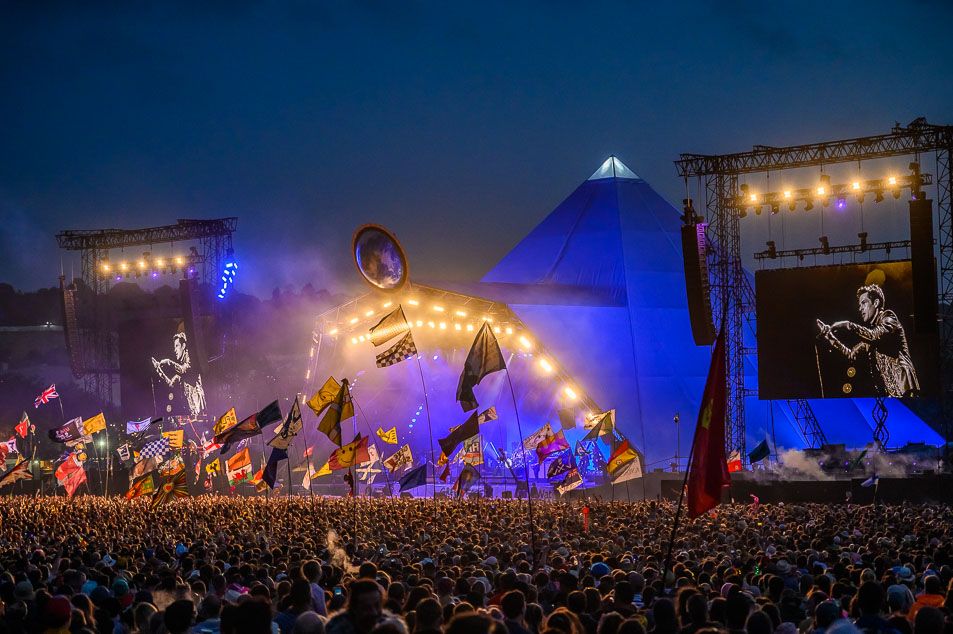 Glastonbury Festival, which takes place in Somerset, England (until 26 June), has doubled down on its art credentials. This year, the largest musical festival in the world will host a screening of a documentary by the Chinese artist and activist Ai Weiwei, as well as an appearance by the artificial intelligence robot artist Ai-Da.

The documentary Ai Weiwei: Yours Truly will be screened at Glastonbury this weekend ahead of its release in the UK (Shangri-La Field at the Gas Tower, 4pm on 23 and 24 June). In the film, Ai relates how his father, a poet exiled by Communist officials to northeast China in the late 1950s, received a postcard. This postal missive reminded his father of a poem he had written in the 1930s. “I see the expression on my father’s face, how that moved him,” Ai says on camera. More than 50 years later, Ai himself became an enemy of the state, spending 81 days in 2011 in a secret prison on charges of tax fraud.

This experience in confinement informed an exhibition held on the island of Alcatraz in San Francisco in 2014, @Large: Ai Weiwei on Alcatraz, which included portraits of prisoners of conscience made from Lego. Prohibited from travelling outside China, Ai orchestrated the show by corresponding with the curator Cheryl Haines, who also directed the new film.

As part of the Alcatraz initiative, Ai invited visitors to reach out to prisoners of conscience, such as the Egyptian activist Ahmed Maher, by sending them postcards. Messages such as “you are not forgotten” wound their way to imprisoned activists worldwide, a humane gesture that neatly reminds the audience of the impact that one postcard had on his father.

“In partnership with Amnesty International, festival goers watching the Ai Weiwei: Yours Truly documentary at Glastonbury will be given a blank postcard and invited by AI WeiWei to write their own message of hope to prisoners of conscience around the world,” say the project organisers.

Meanwhile, following her exhibition at the 59th Venice Biennale this year, Ai-Da, “the world’s first ultra-realistic humanoid robot artist”, will be Glastonbury’s artist in residence at this year’s festival.

Ai-Da has painted this year’s festival performers—Billie Eilish, Diana Ross, Kendrick Lamar and Paul McCartney; during the festival the humanoid robot will also paint Glastonbury performers live in front of a festival audience, “using the cameras in her eyes, her AI algorithms and her painting arm”, say the organisers. Ai-Da will give two demonstrations a day in Glastonbury’s Shangri La field; her works will be available for festival goers to buy.