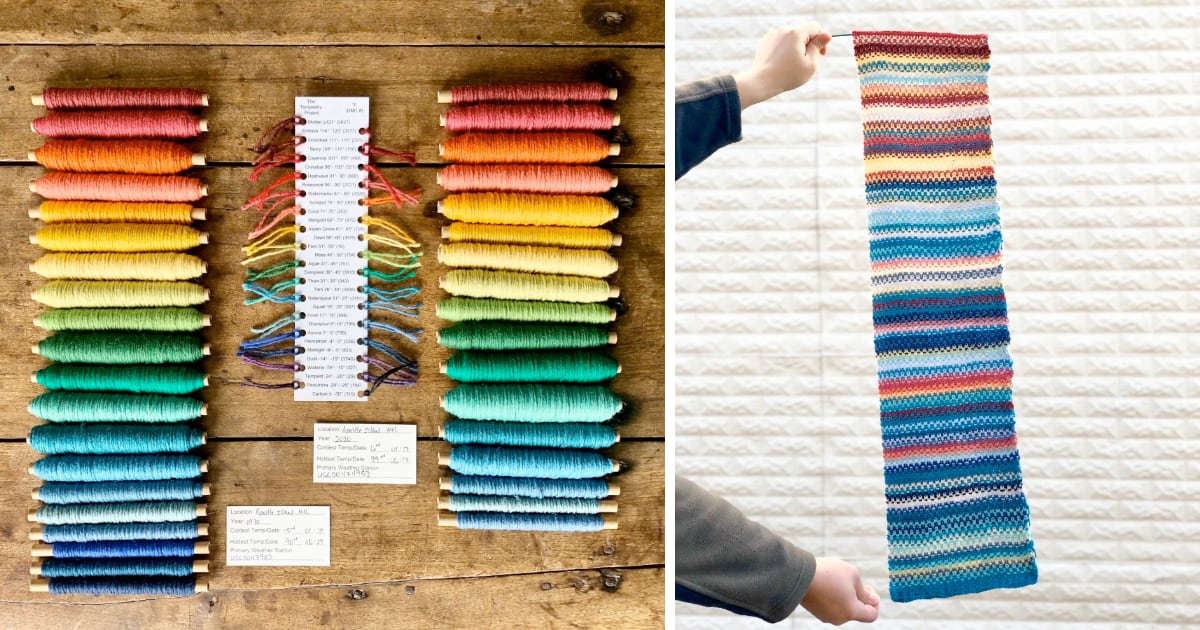 Yosemite National Park, 1916 on left, through 2016 on right, Tempestries by Niki Tucci, photo by Stephanie Panlasigui

Even in the wake of major weather events like the unprecedented flooding that closed Yellowstone National Park for the first time in decades last week, it can be difficult to grasp the magnitude of the climate crisis. The Tempestry Project has been striving to make such large-scale shifts more accessible and relatable through data-rich tapestries, which founders Asy Connelly and Emily McNeil discuss in a new interview supported by Colossal Members.

People don’t have to come at it specifically as “this is activism,” but people can come at it tangentially. Once they see the climate history that’s happening right in their backyards, it dawns on them that this is happening even here…A lot of the IPCC reports focus on what’s going to happen in the future, and people tune that out. I wish they wouldn’t, but it’s what happens. If you connect it to their lived experience in their homes, it’s a lot more impactful for people.

In this conversation with managing editor Grace Ebert, Connelly and McNeil discuss the slow, insightful process of crafting a Tempestry, why it’s important to standardize yarn colors, and the power a single knit has to change someone’s mind. A New Normal kit for Canada A New Normal Tempestry for Washington A Tempestry kit for Apostle Island Art Meets Cartography: The 15,000-Year History of a River in Oregon Rendered in Data