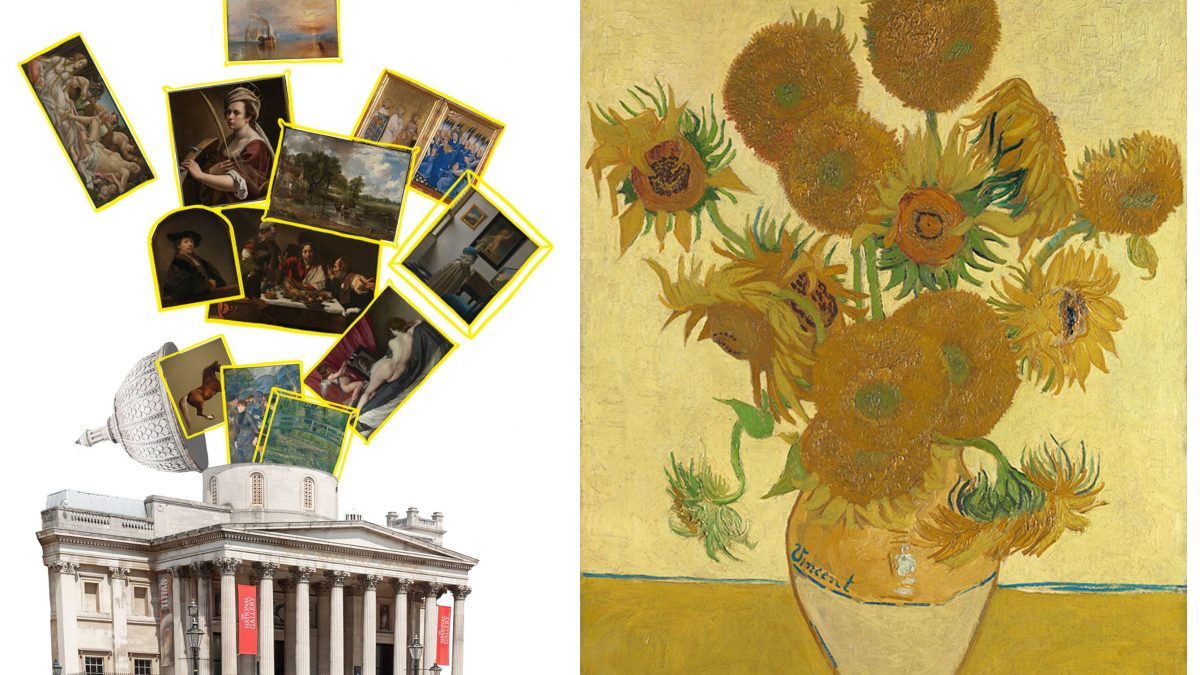 London’s National Gallery is to mark the anniversary of its establishment in 1824 with a blockbuster exhibition on Van Gogh. The Art Newspaper can reveal that the show will focus on the artist’s period in Provence, where he produced his greatest work.

Although exhibitions are rarely announced so far in advance, it is scheduled to run from September 2024 to January 2025. There will be at least 50 works, mainly paintings, along with some drawings. This will make it the largest Van Gogh exhibition in the UK since the Royal Academy’s 2010 show, which attracted 411,000 visitors.

The National Gallery exhibition, provisionally entitled Van Gogh: Poets and Lovers, is to begin with the period when Van Gogh was in Arles. He arrived there from Paris in February 1888, seeking the powerful sunlight of the south of France. After initially staying in a small hotel, he later took a room above a café and then moved into the Yellow House.

We can report that among the most important international loans will be the version of The Bedroom (September 1889) from the Art Institute of Chicago. This work offers an intimate view of the artist’s nightly retreat on the upper floor of the Yellow House.

In October 1888 Van Gogh was joined by Paul Gauguin, and initially they set up their easels side-by-side. But their collaboration came to a terrible end during the evening of 23 December, when Vincent mutilated his ear. Although the wound healed quickly, the mental scars remained.

By May 1889 Van Gogh realised that he was unable to live independently. He then moved to an asylum on the outskirts of the nearby town of Saint-Rémy-de-Provence, where he stayed for a year. Painting was his salvation, giving him a reason to live.

Another picture promised for the London exhibition is Garden of the Asylum, (November 1889) from the Folkwang Museum in Essen. It depicts a walled enclosure where the inmates would take their exercise under the trees, with a distant view of the hills of Les Alpilles.

The National Gallery in London is a most appropriate venue for a Van Gogh extravaganza, since one of its greatest treasures is the original version of the Sunflowers on a yellow background. This was painted in August 1888 to decorate Gauguin’s bedroom.

The exhibition will tell the astonishing story of how the Sunflowers ended up in London. In December 1910 the painting came on loan from Vincent’s sister-in-law Jo Bonger, to be included in curator Roger Fry’s pathbreaking Post-Impressionist exhibition. The painting had a great influence on the British avant-garde and was published as the frontispiece of Charles Hind’s 1911 book The Post Impressionists.

Sunflowers returned to London on loan in December 1923, for Van Gogh’s first one-man show in the UK, at the Leicester Galleries. At this point the National Gallery was just starting to collect Modern European art, supported by an extremely generous £50,000 donation from Samuel Courtauld. Jim Ede, a young gallery curator, set his heart on trying to acquire Sunflowers.

Bonger, who had inherited hundreds of Vincent’s paintings, politely refused his request in October 1923: “The sunflowers are not for sale, never; they belong in our family”.

Ede tried again in January 1924 and Bonger then sent an emotional response: “For two days I have tried to harden my heart against your appeal; I felt as if I could not bear to separate from the picture, I had looked on every day for more than 30 years. But at the end the appeal proved irresistible. I know, that no picture would represent Vincent in your famous gallery in a more worthy manner than the “Sunflowers”, and that he himself, “le Peintre des Tournesols” [the Painter of Sunflowers], would have liked it to be there… It is a sacrifice for the sake of Vincent’s glory.” The price was £1,300.

What is less well known is that Bonger very quickly realised that her reluctant decision had been the right one. On 12 March, less than two months later, she wrote to Paul Gachet Jr, the son of the doctor who had treated Vincent at the end of his life. Bonger told him that the Sunflowers was staying in London: “I am so happy.”

Sunflowers was initially displayed at Millbank, in what would become the Tate Britain building. In 1961 the picture was moved to the National Gallery in Trafalgar Square.

Van Gogh’s still life is now among the world’s most famous paintings. A decade ago, before mobile phone images became ubiquitous, it was the National Gallery’s best-selling postcard (26,000 a year). The story goes that the flooring in front of the Sunflowers is the most scuffed by the millions of visitors’ shoes.

Marking the centenary of the acquisition of Sunflowers is a good enough reason for Van Gogh to be the highlight of the gallery’s bicentenary exhibition, but there is another anniversary. In 1874, which will be 150 years before the forthcoming show, Van Gogh was living in Brixton, in south London, and working as a young assistant dealer at the Goupil gallery in Covent Garden.

The National Gallery was only five minutes’ walk from his work, so he was a regular visitor, most likely in his lunch hours. Many years later, Vincent recalled seeing specific paintings there by Constable, Rembrandt (a work now downgraded to Nicolas Maes) and Hobbema. In spring 1874 he would have been celebrating his 21st birthday and the National Gallery would have been marking its 50th anniversary.

Vincent at that stage never seems to have considered that he might become a professional artist, let alone that his work would enter the hallowed portals of London’s National Gallery—and that one of his paintings would eventually become its most popular work.

And why is the 2024-25 exhibition provisionally being subtitled Poetsand Lovers? For the answer and further details on the coming show, see The Art Newspaper’s blog Adventures with Van Gogh, to be posted tomorrow (24 June 2022).