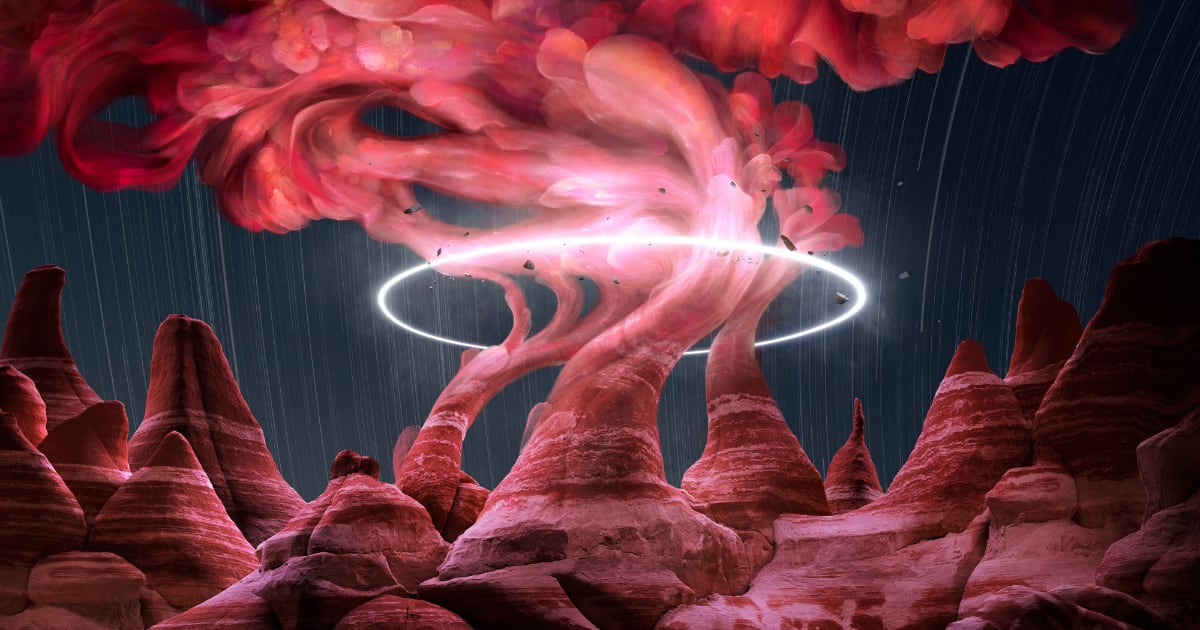 In the unearthly Metamorphe series, smoke-like masses swirl around hoodoos and dunes dotting the terrain. A mysterious air pervades the six illuminated works, which blend the drone-light photographs of Reuben Wu (previously) with Jenni Pasanen’s digital creations produced through artificial intelligence. Each piece envisions the earth’s surface following metamorphosis when living beings are extinct and only the landscape remains.

Named after human senses, the otherworldly composites imagine topographies brimming with enormous formations of stone and sand to explore the “sublime and beyond emotion,” the artists say. “Humans are emotional beings, their decisions led by their feelings. A machine has no such constraints, enabling it to conceive what human minds could never be capable of on their own.”

For more from Wu and Pasanen, head to Instagram. 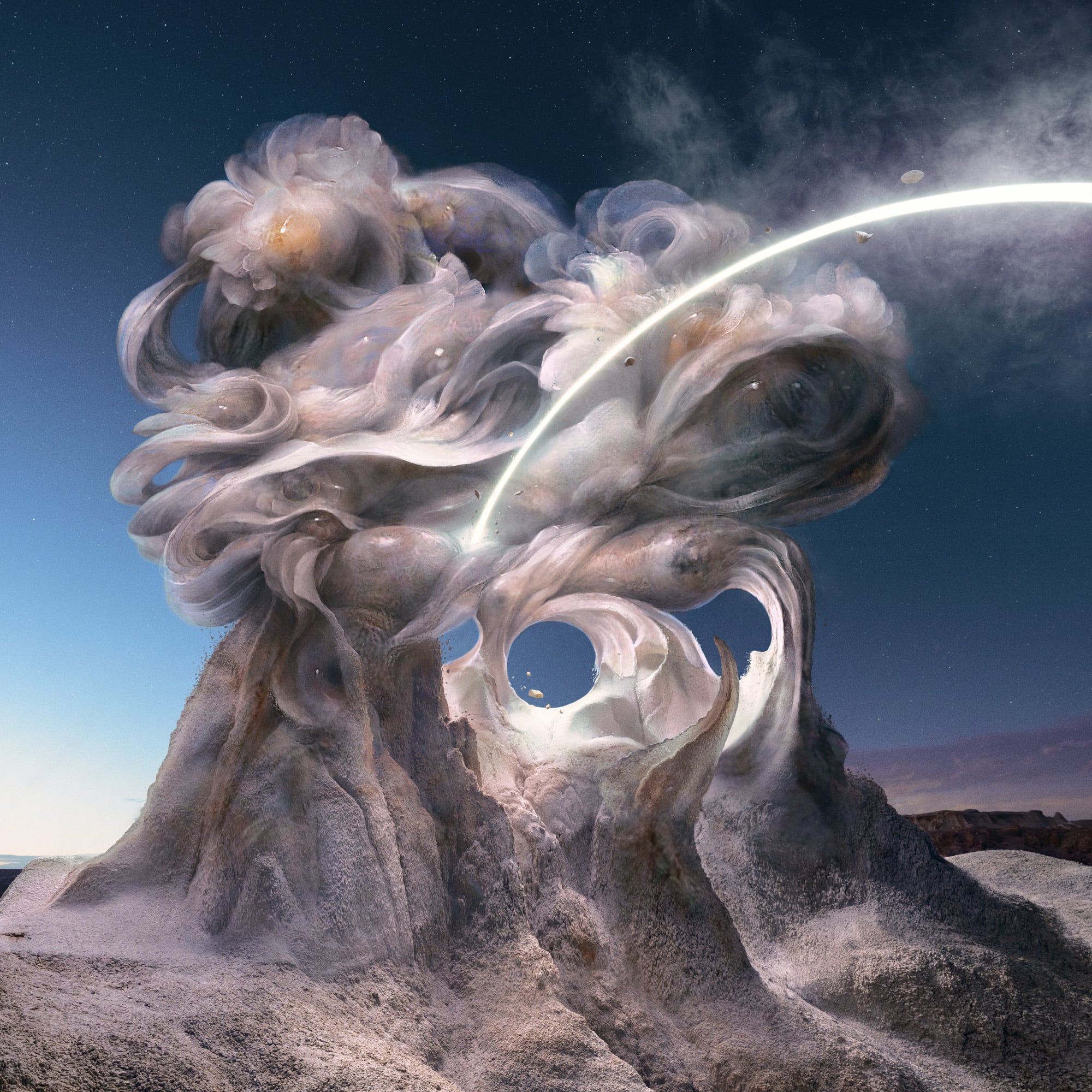 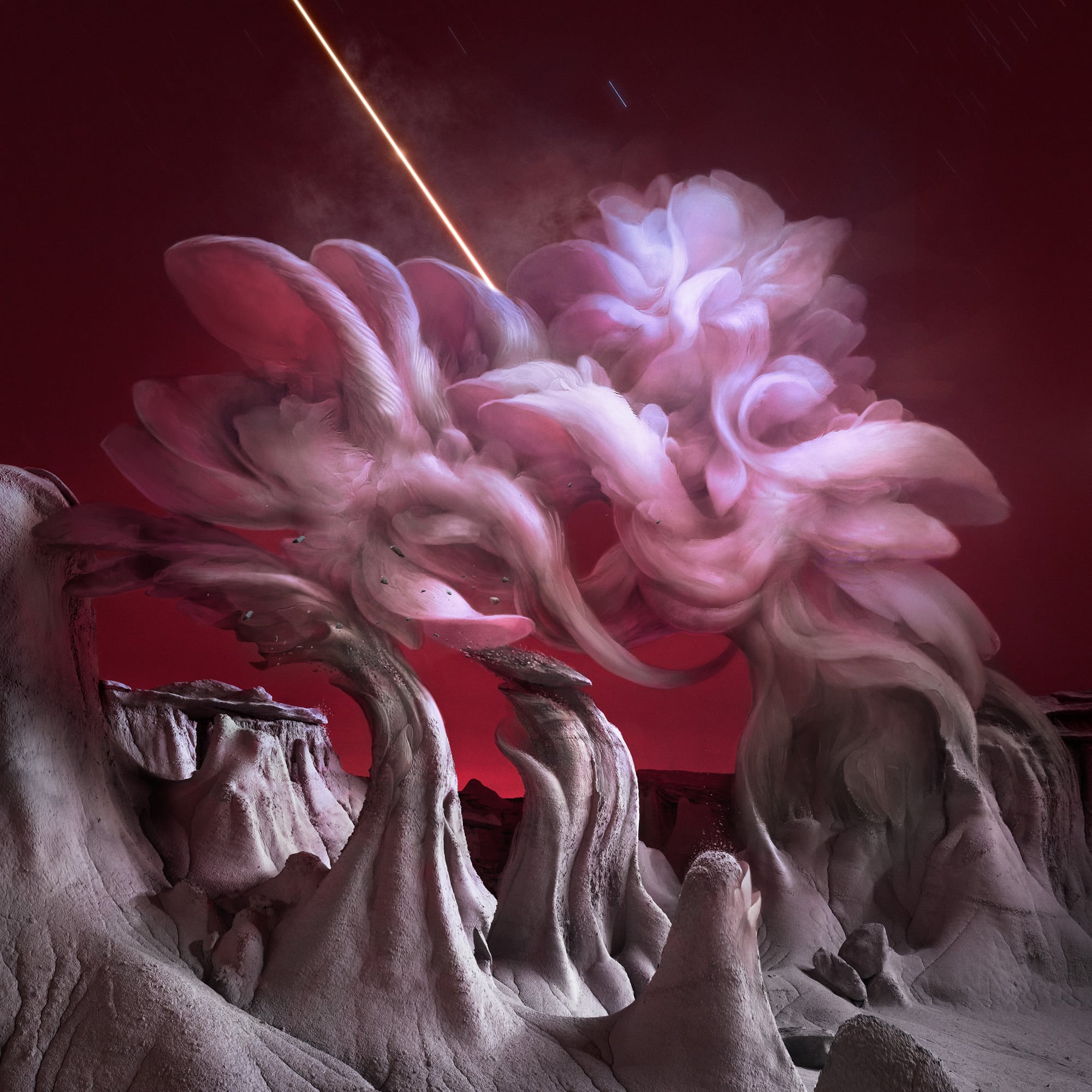