Peter Max saga continues, as his daughter struggles to gain guardianship of the dementia-stricken Pop artist 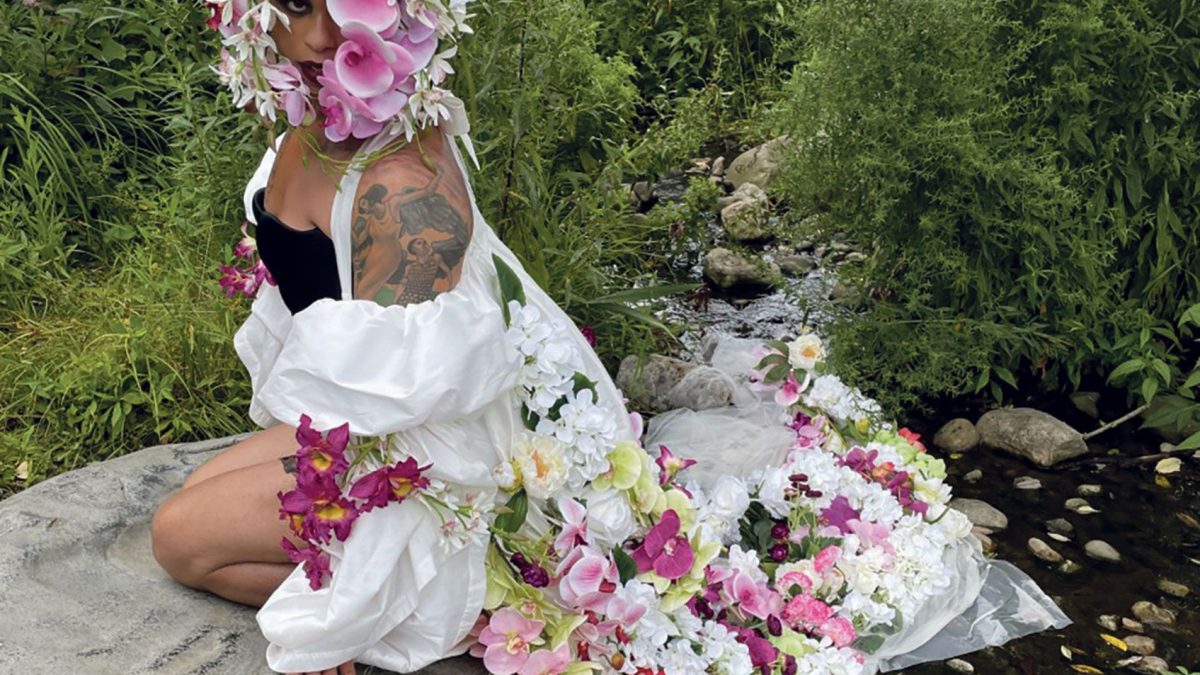 In the most arresting photograph from her solo stand at Art Basel, with the New York gallery Chapter NY, the artist and activist Tourmaline—wearing bright red pumps, matching nails and a plush white bathrobe that seems to extend forever—gazes at the viewer from her seat on a verdant terrace. The image was shot at the Beverly Hills Hotel in Los Angeles, which was renovated and expanded by the Black architect Paul R. Williams in the late 1940s, a time when he was not permitted to stay there due to discriminatory policies.

For Tourmaline, Williams’s life story encapsulates the extremes of opportunity and injustice, abundance and exclusion that have long been core themes in her work. “There is a power in allowing ourselves to focus on pleasurable things, things that bring us ease and joy and feelings of luxury,” she says.

The Beverly Hills Hotel image is the centrepiece of a presentation that also features black-and-white self-portraits Tourmaline shot amid the remnants of the Roberts House Ranch, a home designed by Williams in the hills overlooking Malibu that burned down in a 1982 wildfire. In those images she is partially concealed, wrapped in a sprawling white dress. Ahead of the fair, the artist discussed what attracted her to these sites, and how her interest in Williams’s buildings dovetails with her works foregrounding the experiences of Black, queer and trans individuals and communities.

The Art Newspaper: How did you become interested in Paul R. Williams?

Tourmaline: I’m starting to really trust my artistic instinct, so if I’m hearing a name repeatedly, I want to follow that. I’d been thinking about Paul R. Williams for a few years, and Arthur Jafa, who was my cinematographer on Happy Birthday, Marsha! (2018) and has taught me so much about film-making and art. I remember talking to a friend who was like, ‘Oh, you know, A.J. [Jafa] really wanted to be an architect’, and he had a similar fascination with Paul R. Williams. And it just made so much sense—it felt like it was a sign. And a book I really love is Janna Ireland’s Regarding Paul R. Williams [2020]. It’s a series of really powerful photographs, and when I learned about it I started to find a great resonance in Janna’s work, and that was another moment of connection.

Williams was a Black architect from Memphis, where my family’s from. His family moved out to Los Angeles and he was responsible for developing much of the Beverly Hills Hotel in this moment when Black people were not allowed to stay there. So he was responsible for the formation of this space of ease and abundance, and yet it was inaccessible to so many.

The underpinning feel of the work is about tuning into dreams around ease, rest, luxury and abundance

How did those ideas shape this new body of work?

The underpinning idea or feel of the work is about tuning into dreams around ease, rest, luxury and abundance, and the context of those dreams being launched in moments of heightened violence towards Black trans life and heightened systemic violence around Black communities. How can we tune to those dreams even in the midst of the mess of a thing we’re living with: climate collapse and the large structures and systems that shape our lives and offer conditions that we can’t find life in? How do we tune to the presence of something else?

And it is in the context also of the afterlife of slavery in Black Codes and anti-vagrancy laws, which were specifically used after slavery was legally abolished to keep formerly enslaved people in really coercive work relationships with landowners. So if you were moving through town and you didn’t have a job and you weren’t producing in a particular kind of way, you could be arrested and put in jail. These became really heightened, life-or-death issues.

As someone who comes from a lineage of people who were formerly enslaved in the US South—my grandparents were children of sharecroppers—the afterlife of Black Codes and anti-vagrancy laws is really powerful. As an artist and organiser it’s something I really grapple with inside myself: what is my value if I’m not producing all the time? This question of production in this moment of late capitalism is something that many of us have had our interior conditions shaped by.

The photos visualise scenes of luxury and abundance, but in a sense, aren’t they also criticising the systems shaping those ideals of luxury we aspire to?

What I’ve come to understand is that every subject is two subjects, what is wanted and the lack of it—that’s an Abraham-Hicks saying. Sometimes we think that we’re talking about luxury, for instance, [but] the way that I see luxury predates a lot of these systems that excluded so many people. My friend Miss Major, who was at Stonewall [the landmark 1969 gay rights protest in New York], and I made a film about her called The Personal Things (2016) and it’s about how in New York City in the late 1960s and early 70s—and still today in prisons and jails and detention centres in the US—you would be penalised if you were a trans person wearing, quote-unquote, women’s clothing. That was the literal landscape upon which someone like Miss Major or Marsha P. Johnson was being loud and proud and showing all of who they were in any given moment. It had these heightened stakes to it.

What feels powerful about that is that, as Miss Major says, sometimes you can’t go outside. Maybe there’s a heightened presence of people who will harass you or arrest you. Sometimes you just don’t have the energy to. But can you find pleasure and luxury in a cold drink of water? Can you tune to the presence of something that feels luxuriating, even if it’s not priced at a particular point? Does the price have to be the focal point for you to allow that feeling of luxuriating? That’s really what the work is hoping to lead myself and whoever else finds resonance in it back to.