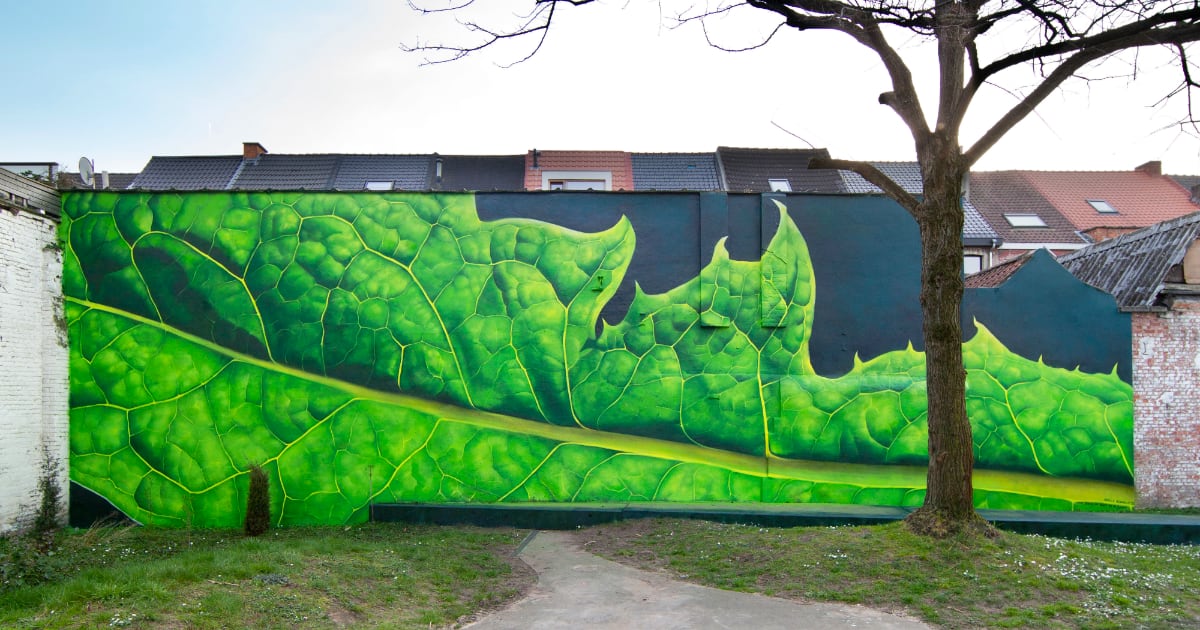 Similar to her abstract masses of feathers, a new series of murals by artist Adele Renault highlights the vibrant colors and textures abundant in nature. Plantasia, which consists of smaller works on canvas and large-scale public pieces, magnifies the leaves from dandelions, banana trees, stinging nettle, and other species. Enlarging the specimens to reveal the intricate vein networks and subtle grooves in their midst, the lush murals are bright standouts among largely urban landscapes.

Although she’s spent the last few years painting birds, Renault tells Colossal that her interest in and devotion to plants is much deeper. “My mum taught me so much about growing your own food and growing vegetables as a kid. I didn’t know I was storing up important knowledge. Then during the pandemic, I think anyone who had a bit of love for nature and plants had time to get back to it, which was my case, too,” she says.

Renault works from photographs taken of her houseplants, those she encounters in the wild, and pre-pandemic, the gardens of the Ron Finley Project in Los Angeles—she splits her time between the city and her native Belgium. “I just get very excited whenever I see the beams of sunlight hitting leaves in a certain way, making that green seem translucent,” she shares, adding that her most recent obsession is with the prickly pear cactus and its iridescent sheen.

Some of the Plantasia series will be on view this September in Des Moines when Renault will also release a book cataloging the works. You can follow news on that show, along with her latest pieces, on Instagram.