From Picasso’s love of El Greco to a party for Mondrian: the must-see exhibitions in Basel 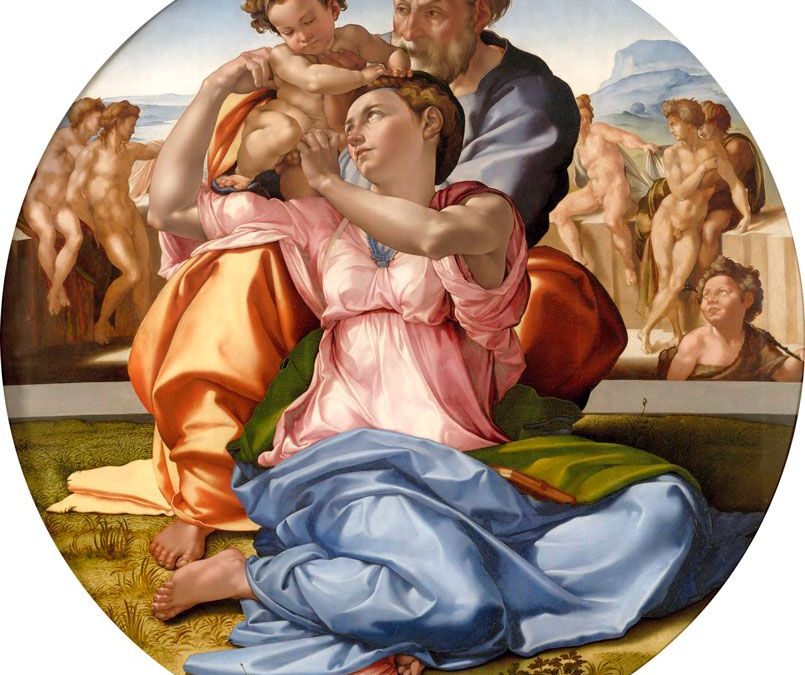 The sale of an NFT based on Michelangelo’s famous painting Doni Tondo (1505-06) made €240,000 last year netting the Galleria degli Uffizi in Florence €70,000, a figure recently revealed by the museum. The work was minted by a Milan-based company called Cinello as part of a five-year agreement which should have resulted in the production of 40 digital works. The development is part of an ongoing debate in Italy about ownership and copyright issues linked to major masterpieces housed in national collections.

The spokesperson adds that the contract with Cinello states that “income due to the reproduction of the image is split in half between the company and the museum; the Cinello copy [made] about €140,000 [on the €240,000 sale], so the Uffizi received €70,000 [along with Cinello].” The remainder, €100,000, went on “production costs” according to the Artribune website; Cinello did not respond to a request for comment regarding these sums. According to the Vogon Today website, the Michelangelo NFT was bought by a collector in Rome.

The move has sparked concerns however about whether major works are up “for sale”. An article in the Italian newspaper La Repubblica last month asked: “Who owns Michelangelo’s Doni Tondo?…. who has the legal rights linked to the work? If the buyer ever decides to exhibit it, can he do it without the permission of the Uffizi? Basically: do we not risk losing control of our heritage in a time when we are increasingly moving towards the metaverse?” The newspaper adds that Italian government ministers have also raised concerns about the deal with Cinello.

In a lengthy statement, the Uffizi says: “Basically: do we not risk losing control of our heritage… In reality, [existing laws] give punctual and precise answers to those questions long before the invention of the technology in question, i.e., the Ronchey law of 1994, and again the Urbani code of 2004…. the rights [linked to the works] are in no way alienated, the contractor has no right to use the images granted for exhibitions or other unauthorised uses, and the assets remain firmly in the hands of the Italian Republic.”

Earlier this year the Uffizi, the Complesso Monumentale della Pilotta in Parma and the Pinacoteca di Brera and Biblioteca Ambrosiana, both in Milan, sold digital facsimiles of works by Raphael and Leonardo da Vinci at Unit London Gallery.

UPDATE: The Uffizi spokesperson says: “The museum didn’t sell anything but the use of the image—the DAW (digital art work), the selling of the relative piece, is all [down to] Cinello. It Is false to say that the museum sold the Tondo copy.”

UPDATE (14 June): A spokesman for Cinello says: “We would like to specify that Cinello does not sell NFTs, but DAW® (Digital Artwork). Ours is a patented technology (registered in Italy, China, USA and Europe) that enables the digitisation of the works of art from our partner museums to provide new sources of revenue.”

He adds: “Cinello does not hold exclusive rights with public museums. All rights to the artwork remain with the museum that owns the original. We create a new right linked to our patent, which is the DAW®. The collector who buys the DAW® by contract cannot exhibit it in public exhibitions, the work is usable for private use. DAW® are created precisely to maintain control (which remains in the hands of Cinello and the partner museums) and not to disperse the heritage in the digital world.”