Building with rubbish and fighting fish farming: How artists are leading the charge to combat the climate crisis 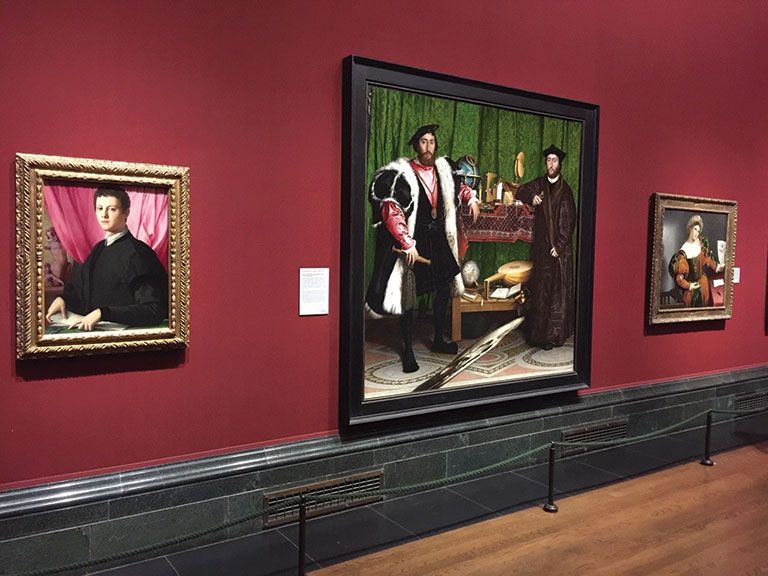 Later this month London’s National Gallery is due to announce plans for its 2024 bicentenary celebrations and an associated building project. But although the much-needed upgrading of its Sainsbury Wing entrance will be welcomed, it poses logistical challenges for the gallery—and it will have a considerable temporary impact on where paintings are displayed.

Building work, which could start late this year, will involve upgrading the entrance foyer of the 1991 Sainsbury Wing. Construction will block stairway access to the main temporary exhibition galleries in the lower basement for many months. Exhibitions will therefore be presented in the National Gallery’s original 1830s Wilkins building.

The Raphael exhibition(until 31 July) is currently in the Wilkins building, in rooms 1 to 8. This space will next be used for Lucian Freud: New Perspectives (1 October-22 January 2023), with more than 60 works by the artist, and then After Impressionism (25 March-13 August 2023). After that it will host the gallery’s major shows for the next few years.

Works from the permanent collection have therefore had to be cleared to accommodate this large temporary exhibition space. The displaced paintings are those of the High Renaissance period (around 1500), mainly by Italian artists (such as Titian and Michelangelo), along with a number from northern Europe (such as Holbein).

Some of the most important of the displaced pictures have been moved to adjacent rooms, although sometimes this has broken up national groupings. For instance, The Ambassadors (1533) by the German-born Holbein now hangs between portraits of a similar period by the Italian masters Lorenzo Lotto and Bronzino. Inevitably, other pictures have in turn had to make way for these new arrivals.

Several High Renaissance pictures from rooms 1 to 8 have been moved further away, with Michelangelo’s Manchester Madonna (around 1494) and Entombment (around 1500-01) going to the Sainsbury Wing.

The other problem resulting from the building project in the Sainsbury Wing is that some of the early Renaissance pictures on its upper floor are likely to have to be moved for conservation reasons. With work taking place below, vibrations might threaten sensitive panel paintings, particularly 13th- to 15th-century Italian works (including those by Duccio, Piero della Francesca, Mantegna and Bellini) in the rooms closest to the main staircase.

With the temporary loss of space in both the Wilkins building and the Sainsbury Wing, an obvious option for the gallery is to lend paintings, either single works to other UK venues or as part of touring shows. A major touring exhibition is being discussed for 2023-24. When touring shows go abroad, they normally generate fees, which would provide income towards the estimated £30m cost of the building project—which has been dubbed NG200, to celebrate the bicentenary.

The planned project, under the architect Annabelle Selldorf, has three aspects. The first is the upgrading of the Sainsbury Wing foyer, which is due to be completed for the bicentenary in May 2024. While work is underway, the Sainsbury Wing entrance will be closed, with visitors using the main portico and street-level Getty entrances.

After 2024, work will begin on a new study centre and members’ facility in the Wilkins building, and improving the gallery’s exterior environment.

Looking further ahead, the National Gallery will eventually demolish St Vincent House, a 1960s office block it owns just to the north of the Sainsbury Wing. This would be replaced with a major new structure, linked to both the Sainsbury Wing and the Wilkins building, with more display space for the permanent collection and larger new temporary exhibition galleries. But this ambitious addition will not open until the 2030s.