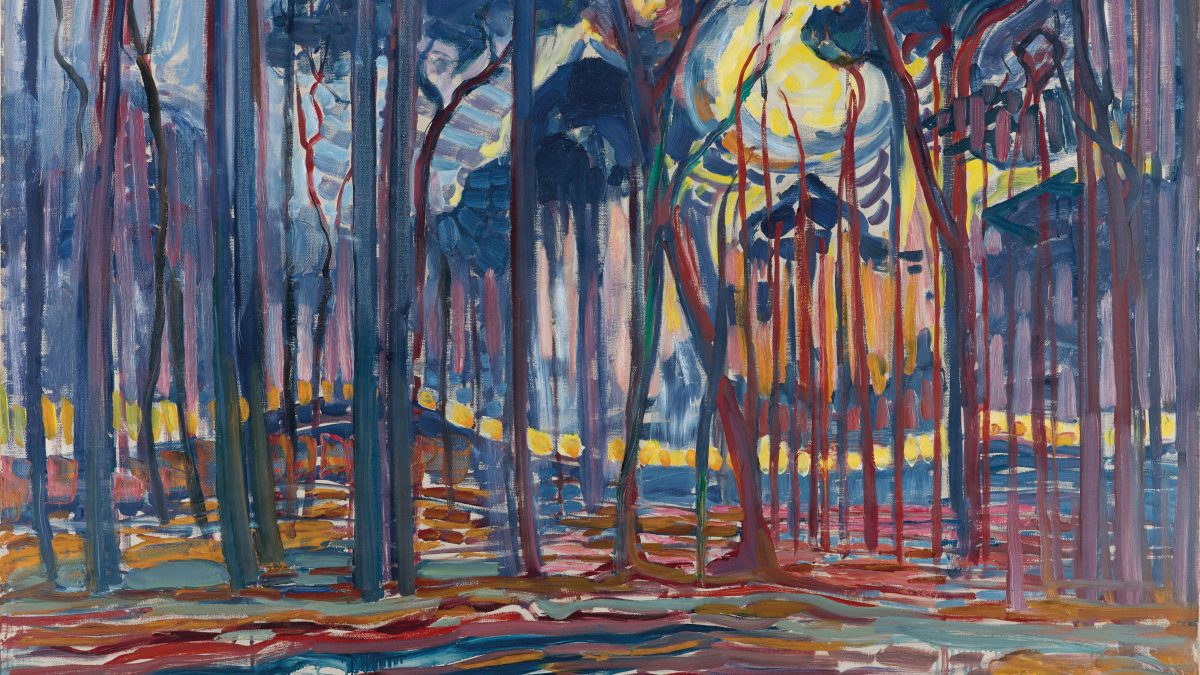 Ulf Küster, the senior curator at Fondation Beyeler, counts off the loans in Mondrian Evolution , the exhibition he has spent three years putting together. There is The Red Cloud (1907), which “rarely travels” from its home in The Hague; Woman with Spindle (around 1893), “the earliest work in the show, lent from a private collection and not often seen”; and Composition in Black and White, with Double Lines, painted in 1934 and taken to the US soon after. “Nearly nine decades late, this will be its European debut,” Küster laughs. Of all the Beyeler’s 82 loans, though, the ones that give him the greatest pleasure are the quartet of paintings called Farm near Duivendrecht (around 1916). One has come from Chicago, another from Dallas. “We have managed to reunite four of the five of Mondrian’s depictions of the scene,” Küster says, with a satisfied nod.

This is more than the contentment of a (nearly) complete set. There is a tendency in curating Piet Mondrian’s work to write its history backwards. So surefooted do the post-1919 grid paintings seem, so orderly, that it is tempting to see them as somehow inevitable. Everything that went before—the 1890s genre paintings, the eye-popping theosophical Symbolist works, the Cubist canvases made in Paris after 1911—was merely a preamble to those Neoplastic compositions.

With this in mind, Küster has avoided too much tidiness in his own show. If its hang is broadly chronological, it is also thematic. Alongside the farmhouse at Duivendrecht are clusters of windmills, sand dunes and the sea that recur through the Beyeler’s nine rooms, pushing at the boundary between figuration and abstraction. The evolution of the show’s title is in Mondrian’s sense of the word rather than Darwin’s. It is a story not of rejection and survival but of accretion. Nothing was lost, nothing thrown away. In Küster’s telling, the grid paintings become the sum of everything that has gone before them.

Mondrian Evolution marks a double anniversary, the 150th of its subject’s birth and the 25th of the Beyeler’s founding. Küster quotes Hans Janssen, the veteran Mondrianist, who died in December 2021: “Hans told me that if he had been able to put on another show, he would have called it ‘Mondrian: Forever Young’. Mondrian’s capacity for reinvention was extraordinary—at 40, at 50, at 70. He never stood still.”

Commissioned to design new stained-glass windows for Basel’s cathedral, the American artist Brice Marden travelled frequently to the Swiss city, starting in 1978. Over the course of seven years, Marden—now 83 and based in New York City—grew intimately familiar with Basel, an experience that left a lasting impact on his work.

“Marden returned to a different colour palette, lighter and brighter,” says Josef Helfenstein, the director of the Kunstmuseum Basel. “During his time in Basel, you can see the line re-enter his work and his paintings. It is quite beautiful to witness that transition.”

Helfenstein is the curator of Inner Space, an exhibition of more than 100 of Marden’s works, which traces the artist’s trajectory from the 1970s to today. The selection includes ten paintings, complemented by more than 80 sketches and assorted graphics.

Among the sketches are Marden’s proposals for Basel Minster’s stained-glass windows, seen for the first time in Europe. Although never executed, the window studies offer a glance into the artist’s development over his time in Basel. Rich in the primary colours that have come to define his later palette, the designs offer a lively contrast to the sandstone cathedral while adapting to the structure of the late Gothic window framing.

One of the largest oil paintings created by Marden, The Muses is displayed at the Kunstmuseum Basel alongside sketches for the work in a muted grayscale palette. With The Muses, Marden adopted an almost calligraphic style—nodding not only to his work in Switzerland but to other travels undertaken from the 1970s onwards. The effect of that inspiration can still be felt in Marden’s more recent works from the 15 x 15 Kremer ink series (2015-17). Reminiscent at times of Jackson Pollock’s drip techniques, these pieces nestle nicely into the Kunstmuseum Basel’s permanent collection of post-war contemporary American art, while retaining a studied and steadied hand that makes them uniquely their own.

Was El Greco the first Cubist? Was Picasso the last Old Master? These are the questions hovering over a new mix-and-match approach to the two artists opening this month at the Kunstmuseum Basel, where the exhibition Picasso-El Greco traces the impact of the Spain-based Greek painter on his France-based Spanish admirer.

Doménikos Theotokópoulos (1541-1614), as El Greco often signed his paintings, was trained as an icon painter in his native Crete, then the centre of exiled Byzantine art and a colony of the Venetian Republic. Following a stopover in Venice proper, and a thwarted start to a career in Papal Rome, he made his way to Spain, settling in the city of Toledo after failing to impress the Spanish king Philip II with his extravagant approach to religious painting.

Successful in his lifetime as an artist-for-hire, El Greco was all but forgotten not long after his death, and it look a coterie of French artists and writers in the 19th century, notably Édouard Manet and Paul Cézanne, to rediscover and promote him as a harbinger of all things modern. It was this French idealisation of El Greco that made its way back to the Spain of young Pablo Picasso (1881-1973), whose Blue Period incorporated the Old Master’s elongated figures and dark-glow palette.

The exhibition is made up of around 30 strategic pairings of works by the two artists, largely tracking the chronology of Picasso’s own artistic development. The Blue Period section will combine The Adoration of the Name of Jesus (around 1577-79) with Picasso’s Evocation (The Burial of Casagemas), a 1901 oil painting about the suicide of his friend, the Catalan artist Carlos Casagemas.

Picasso’s early debt to El Greco has long been acknowledged, but it has also been assumed that his interest in the Old Master gave way to other influences, notably pre-classical Iberian art, that helped him move on from the Blue and Rose periods to his Cubist revolution, and faded altogether in Picasso’s final decades. Carmen Giménez, the show’s main curator, contends that El Greco was not just a youthful crush, but a life-long engagement. “El Greco was Picasso’s first love,” Giménez says. “And a first love always has a freshness.”

The centrepiece of the exhibition is pairings of El Greco’s expressive depictions of saints with high Cubist works, including Saint Paul (around 1585), on loan from a private collection, paired with Basel’s own The Aficionado (1912), a key work of analytical Cubism. 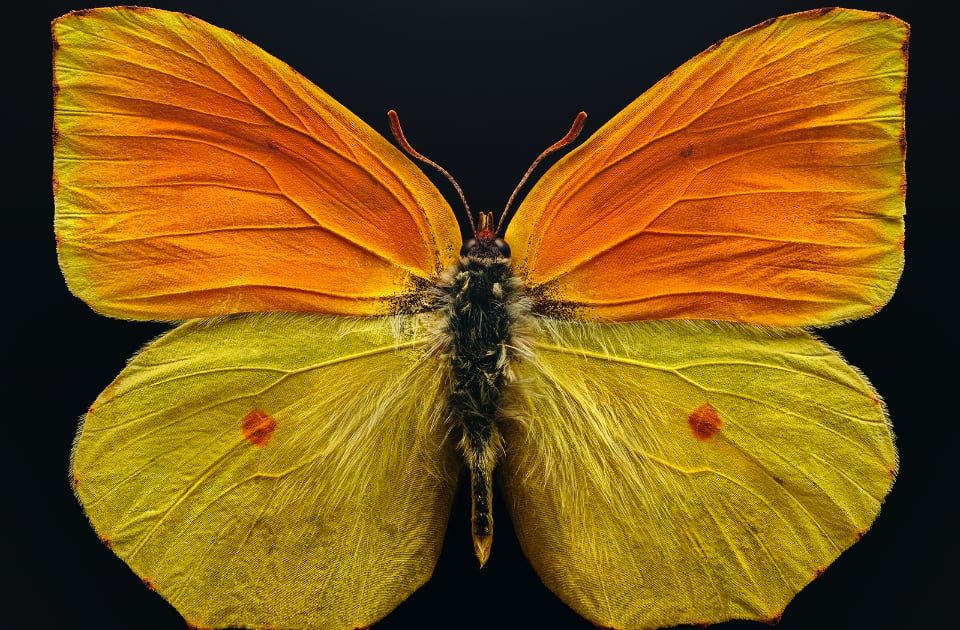