What’s with dictators and bad art? 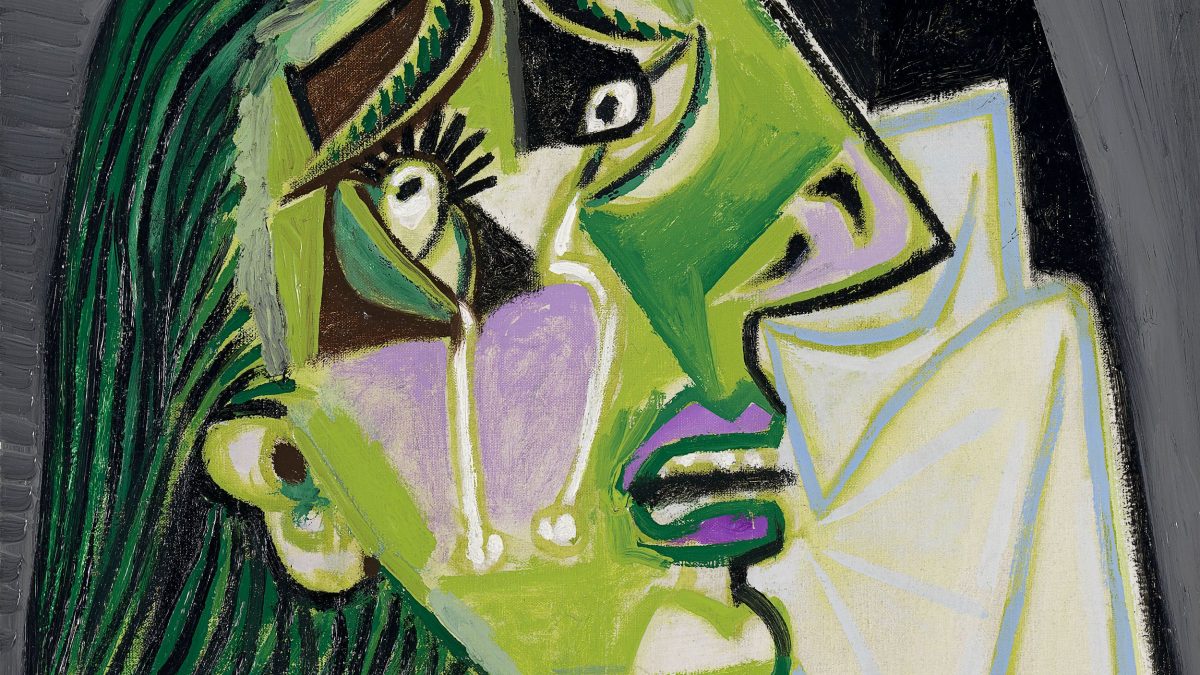 A Pablo Picasso painting, stolen from the National Gallery of Victoria (NGV) in Melbourne, Australia, and accompanied by a ransom note calling the arts minister a “pompous fathead” and “a tiresome old bag of swamp gas”, will appear in a landmark new exhibition.

The show Picasso Century was developed by the Centre Pompidou and the Musée national Picasso-Paris as a special exhibition for the NGV, where it opens tomorrow.

The exhibition’s curator Didier Ottinger, the deputy director of the Musée National d’Art Moderne, Centre Pompidou, has sought to place the master’s art within the context of his interactions with about 60 other creatives, from the Cuban-born artist Wifredo Lam to Spanish sculptor and painter Julio González and cultural catalysts such as Gertrude Stein, Serge Diaghilev and Jean Cocteau.

One of the paintings on view is Picasso’s Weeping Woman (1937). The oil painting, often described as a “postscript” to Picasso’s Spanish Civil War painting of the same year, Guernica, was bought by the gallery in 1985 for A$1.6m (£920,000)—the highest price an Australian public institution had paid for an artwork at the time.

The painting depicts a woman in the throes of grief and anguish. It was revealed to the media by then NGV director Patrick McCaughey who said it was “one of the most important paintings of Modern art”.

“This face is going to haunt Melbourne for the next 100 years,” McCaughey said.

They were prophetic words.

The following year, the painting was unscrewed from the walls of the NGV on the weekend of 2-3 August, and a ransom note was sent to the then arts minister in Victoria, Race Mathews.

Purporting to be from a group calling itself the Australian Cultural Terrorists (ACT), the note said Weeping Woman would be destroyed unless Mathews increased arts funding and set up a new prize for young artists to be called the Picasso Ransom.

“We have stolen the Picasso from the National Gallery as a protest against the niggardly funding of the fine arts in this hick State,” the ransom note read.

Race Mathews refused to be intimidated, and Patrick McCaughey said the ACT’s demands were “out of all proportion to the value and importance of this particular painting”. Police drained the moat outside the building and crawled through the air conditioning ducts. All they found was the picture’s abandoned frame, stashed in an alcove.

Feeling resentful of the large sum spent on the Picasso while their own work was neglected, local artists knocked up copies of Weeping Woman and left them about for police to find. The well-known Australian artist Juan Davila copied Weeping Woman and offered it to the NGV as a replacement for the real thing. Davila’s work went on view in the Tin Sheds gallery at Sydney University, from where it was promptly stolen.

Meanwhile, as the ransom deadline approached, McCaughey waited by the phone. “We collected all the usual callers—screwballs, heavy breathers, gigglers and drunks,” he said to the media. “But there have been no calls from the so-called terrorists.”

Then came a second ransom note that said taking the Picasso had been less risky than stealing “cotton hankies [handkerchiefs] from David Jones [a department store]”. The note contained a used match, and warned Race Mathews he would “smell of kerosene” unless the original demands were met.

None of this fazed the minister. “No one worries about abuse from these amateurs when you cop it all week from the professionals in parliament,” he retorted. Mathews posted a $50,000 reward for the return of the painting, and warned that the thief could spend 10 years in jail—longer, if the painting were damaged.

Adding to the gallery’s woes, the guards walked off the job when their chairs were removed as part of initiatives to tighten the gallery’s security arrangements following the theft. Another headache was the fact that Weeping Woman was uninsured, because Mathews had judged the cost of insurance too high.

Luckily for all, Weeping Woman was recovered 16 days after its theft. A tip-off led police and McCaughey to the lockers at Spencer Street railway station where the painting was found wrapped in paper and unharmed.