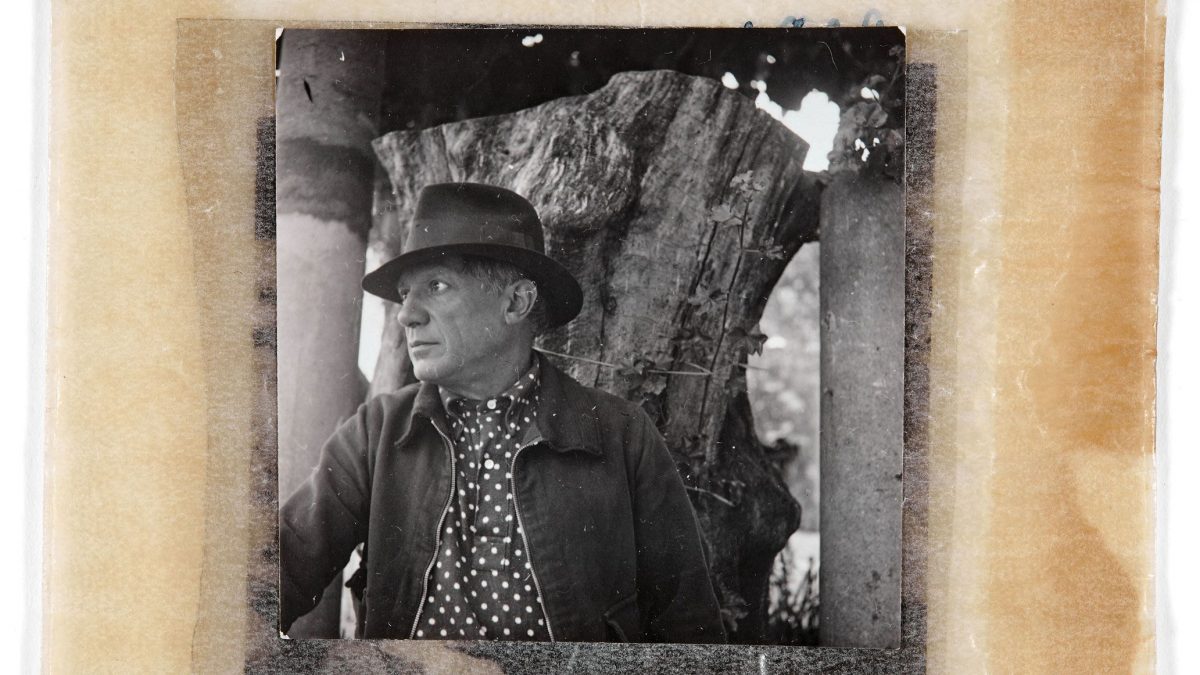 Dora Maar, Pablo Picasso in an armchair made from the trunk of an olive tree, Mougins (around 1936)

Dora Maar’s legacy as Picasso’s muse is being swiftly rewritten in recognition of her standing as one of the greatest Surrealist photographers—and the market is taking notice. On 27 and 28 of June, Artcurial will auction 750 works by Maar in a 400-lot sale, which explores the photographer’s interest in the everyday as well as her personal, unpublished life with the late Cubist painter. It is expected to fetch €600,00-€800,000. The auction presents an opportunity to delve deeper into the oeuvre of a 20th-century female Surrealist, who, in recent years, has had large-scale surveys at the Centre Pompidou in Paris, Tate Modern in London and the Getty Museum in Los Angeles. Despite her place in the Surrealist canon, the independent photography specialist Antoine Romand hopes the collection will “fill in the gaps and add new parts to the puzzle” that makes up the pioneering photographer’s work.

Contemporary Japanese basket sculptors had a moment in the sun in December when Christie’s London brought the late Victoria, Lady de Rothschild’s collection to the block. All the baskets went on to sell above their high estimates, a sure sign that the market for these objects is heating up. Most notably, Honda Shoryu’s 2001 work Galaxy (Seiun)—with its almost gravity-defying structure—went, with fees, for three times its high estimate of £6,000. An opportunity to acquire another great work from the modern Japanese master presents itself this month at the Mayfair gallery Eskenazi. In the Air (Sora) (2018) captures Shoryu’s parallel gracefulness and grandness; the defining style of an artist that has seen his work snapped up by major institutions such as the Metropolitan Museum of Art in New York.

It is undeniable that Marc Chagall’s star is in the ascendancy. The high point to date was in 2017 when Sotheby’s sold his Les Amoureux (1928) for a record $28.5m. Following a smattering of successful sales earlier this year, including several lots at Sotheby’s in Hong Kong, Christie’s have gone all out, dedicating two entire sales to the modernist artist this month. Created during a period of experimentation with Fauvism, Le peintre et les mariés aux trois couleurs (1984), which goes under the hammer in London on 28 June, captures one of Chagall’s most touching, fragile subjects—marriage. Though likely a painting depicting his second marriage, it is complementary to Les mariés de la Tour Eiffel (1938-39), dedicated to his first wife, Bella, which is in the collection of the Centre Pompidou in Paris.

This month, Ketterer Kunst will begin auctioning off the collection of German engineer and art collector Hermann Gerlinger. The collection, one of the largest of German Brücke works in the world, will be released over the course of three years. Gerlinger is believed to have begun collecting as a student in the 1950s, acquiring an extensive catalogue of Expressionist works by artists such as Ernst Ludwig Kirchner and Erich Hekel. Kirchner’s work on paper, Selbstbildnis mit Modell (self-portrait with model), heads to the block on 10 June. With its dynamic use of colour and playful elegance, this sketch represents a museum-grade Expressionist work. Indeed, the Gerlinger collection comes to auction after going on show at Schloss Gottorf, Kunstmuseum Moritzburg and the Buchheim Museum.