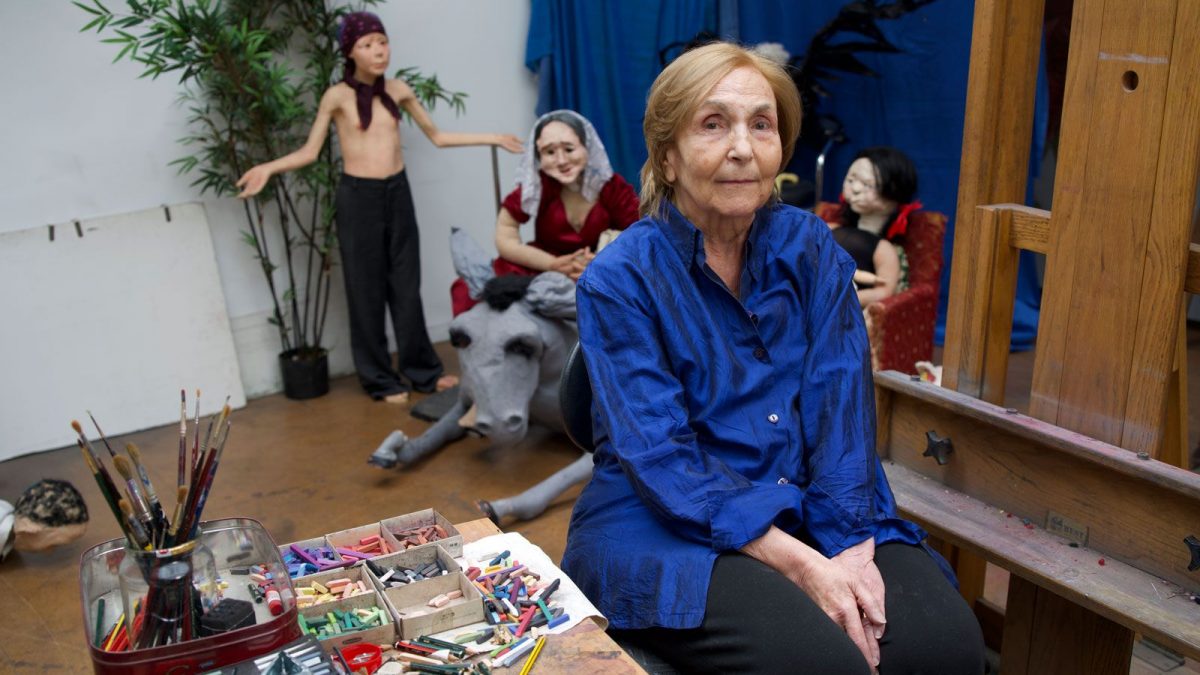 Paula Rego, one of Britain’s most revered artists and a key member of the London Group movement, has died in London after a short illness. She was 87.

In a statement, her gallery Victoria Miro said: “Paula Rego died peacefully this morning, after a short illness, at home in North London, surrounded by her family. Our heartfelt thoughts are with her children, Nick, Cas and Victoria Willing, and her grandchildren and great-grandchildren.”

Maria Paula Figueiroa Rego was born on 26 January 1935 in a Catholic home in Lisbon, Portugal. She was raised an only child; her father was an engineer and anti-fascist campaigner while her mother was also an artist. Although Rego began drawing prodigiously at the age of four, she spoke later in life of how her mother never encouraged her in her career as an artist.

As a child, her parents lived between Frinton-on-Sea in Essex, England and in Lisbon, Portugal, sometimes leaving Rego in the care of her ageing grandmother, a great aunt with bipolar disorder, an array of maids and, later, a governess, Donna Violetta, who Rego said would bully her. Her grandmother told her many of the folkloric fairytales that later became a key component of her work.

She moved to the UK for school before enrolling at the Slade School of Fine Art, London, where she studied art from 1952 to 1956.

Rego will be remembered as a pivotal figure in the London Group, a radical organisation of British painters that includes David Hockney, Frank Bowling and Frank Auerbach, which she officially joined in 1965.

‘Don’t smudge’: Paula Rego gives a unique insight into her work as she is interviewed by leading artists

But, initially, she struggled for recognition and did not secure a major exhibition in Britain until 1987. In Paula Rego: The Forgotten, a book published in March this year, Tracey Emin asks if Rego ever felt under-appreciated throughout her life: “I’ve felt frustrated and broke,” she said. “It was an enormous relief whenever I sold a picture.”

Rego’s paintings often reference her sometimes lonely childhood in Lisbon, her experiences as a young mother in London, and the turbulent modern history of Portugal. The impact of the dictatorship of former Portuguese President António de Oliveira Salazar, which so exercised her father throughout his life, is also often explored in her paintings.

Yet Rego is spoken of as a “magic realist” painter; her tableaus weave Portuguese mythologies and scenes from popular Portuguese story books with fairy tales, historical re-enactments and religious iconography—an extension of the Catholic guilt and fear of the Devil that she felt as a child, she had previously said. In doing so, she complicates and codes her works beyond the merely figurative and autobiographical.

Speaking to the Zimbabwean painter Kudzanai-Violet Hwami for The Forgotten, Rego analysed her own personality as an emerging artist. “I was always very shy,” she said. “There were many things I wouldn’t have spoken about in real life, but in my paintings I could do anything. It’s allowed in pictures. Such a relief. At any rate, no one came to arrest me.”

Rego rarely made self-portraits, and worked in oil painting for much of her career. But, later in life, she turned to pastel, working increasingly in the lineage of British artists like Francis Bacon. After a fall in 2017, Rego created a series of unsparing, monumental pastel drawings of her own bruised face, brutally reflecting on her ageing, failing body. The pastel drawings were exhibited that year by Victoria Miro to critical acclaim.

Paula Rego: ‘retire? and do what? eat ice cream?’

In Venice, alongside the Biennale, Victoria Miro have dedicated their exhibition space entirely to her work. The show, titled Secrets of Faith (until 18 June), included a painting by Rego titled Descent from the Cross (2002), which for many years hung above her bed. Referencing Christan art depicting the life of the Virgin Mary, the painting shows Rego as a young woman holding aloft the emaciated body of her late husband, the artist Victor Willing. He died of multiple sclerosis in 1988, aged 60, after suffering from the illness for 20 years of deterioration. Rego met the Egyptian-born Willing in 1953. She was 18 and he was 25; both were students at the Slade.

A room entirely dedicated to Rego’s art was also a centrepiece of The Milk of Dreams (until 27 November), the Biennale’s main group show, curated by Cecilia Alemani.

In 2010, Rego was made a Dame of the British Empire for services to the Arts in the Queen’s Birthday Honours. In 2004, she was awarded the prestigious Grã-Cruz da Ordem de Sant’Iago da Espada from the President of Portugal. She is survived by her children—Nick, Cas and Victoria Willing—as well as her grandchildren and great-grandchildren. Rego was given a huge retrospective at Tate Britain last year, and was the first artist-in-residence at the National Gallery in London.

In an interview with The Art Newspaper in 2019, Rego was asked what art is for. She responded: “Human beings have always felt the need to create and to leave their mark; even on cave walls they did it. Great art reveals something about us. It’s the best we can do.”