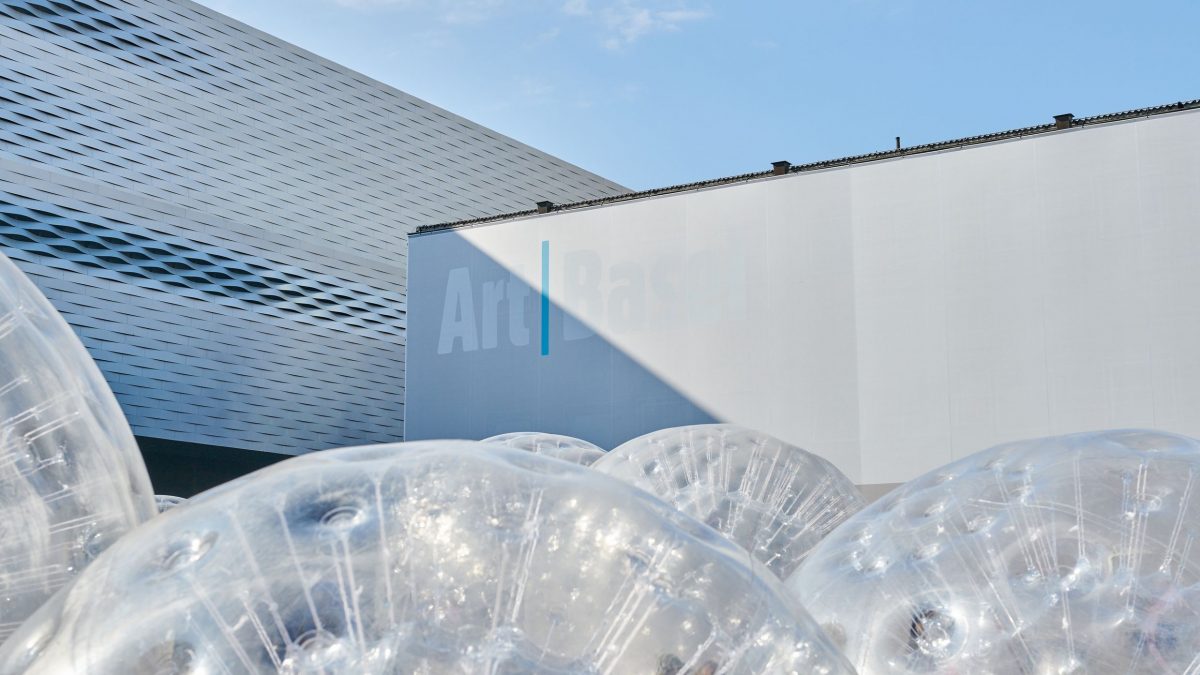 Art Basel returns to its traditional June dates this month (16-19 June)—and with it some semblance of normality. Gone are the masks and on-site Covid testing, while visitor figures are expected to rebound to pre-pandemic levels. Gallery numbers are up, too: 289 compared with 272 last year (and 290 in 2019).

Referring to the regionalisation of art fairs we have seen during much of the pandemic, Marc Spiegler, Art Basel’s global director, notes how, in contrast, the Swiss event has “more galleries applying from places like the Middle East and Africa than ever before”. He adds: “What we’re seeing in terms of people applying to and planning to come to our shows is a continuation—if not an expansion—of the global art world.”

With such expansion comes a greater mix of artists. Unlimited, which this year features 70 large-scale works, is, Spiegler says, “unprecedented in its diversity, offering our broadest ever range of artists, many with perspectives that were long-marginalised in the art world”.

Among the ambitious projects being presented in the section are Barthélémy Toguo’s 45-wood panel installation, Bilongue (2020); Kennedy Yanko’s enormous hanging sculpture, By means other than the known senses (2022); a large-scale painting from Mary Lovelace O’Neal’s 1970s Lampblack series; and Anna Maria Maiolino’s video work, Twice: X & Y, first created in 1974 and never shown in public before.

Spiegler thinks that one of the few upsides to the pandemic was that it “triggered and accelerated a discussion about diversity and race—not just within the US, but more broadly within Western culture”.

But, in order for real change to happen, Spiegler notes, “selection committees and fairs need to widen their radars, they need to look a second time and they need to be conscious of these issues”. At the same time, “galleries have to feel they’re in a position to take part in these expensive and competitive fairs. And, with the support of collectors and institutions, I think this is coming together now”.

There is a long list of first-time galleries, among them Jahmek Contemporary Art from Luanda, Angola and OH Gallery from Dakar, Senegal; Athr Gallery, with exhibition spaces in Saudi Arabia’s Diriyah, Al-Ula and Jeddah; Mariane Ibrahim, with spaces in Paris and Chicago; and Proyectos Ultravioleta from Guatemala City, which is bringing a project by the Mayan artist Edgar Calel.

As for the Basel brand, expansion is happening closer to home. In October, over the dates normally occupied by Fiac, Paris+ par Art Basel launches at the temporary Grand Palais Éphémère. Spiegler anticipates the selection for Paris to be “one of the toughest yet”, with around 60% fewer stands (around 160 in total) than the other Art Basel fairs.

Paris was a natural choice, Spiegler says, as a city that is attracting “some of the most important galleries in the world”. David Zwirner, Mariane Ibrahim and White Cube have recently moved in—while others such as Kamel Mennour and Perrotin are expanding.

Furthermore, private collectors are setting up museums in the French capital on an unparalleled scale. There is François Pinault’s Bourse de Commerce, the Cartier Foundation’s move to enormous new premises beside the Louvre in 2024 and the Hôtel de la Marine on the Place de la Concorde. Add to that a new crop of museum directors at the Louvre, the Pompidou, the Palais de Tokyo, the Petit Palais and the Musee d’Orsay and you have a “generational shift within the Paris art scene”, as Spiegler puts it.

Art Basel’s own gear shift can in large part be attributed to James Murdoch, who became a board member and anchor shareholder of the fair’s parent company MCH Group in December 2020. Prior to that, MCH had pulled in its horns, choosing to halt the development of a portfolio of regional art fairs. As Spiegler says: “To his full credit, James jumped in at a time when many other companies stepped back. We’re part of a broader network now. And that’s really valuable.”