Why did Van Gogh fail to sell his work? 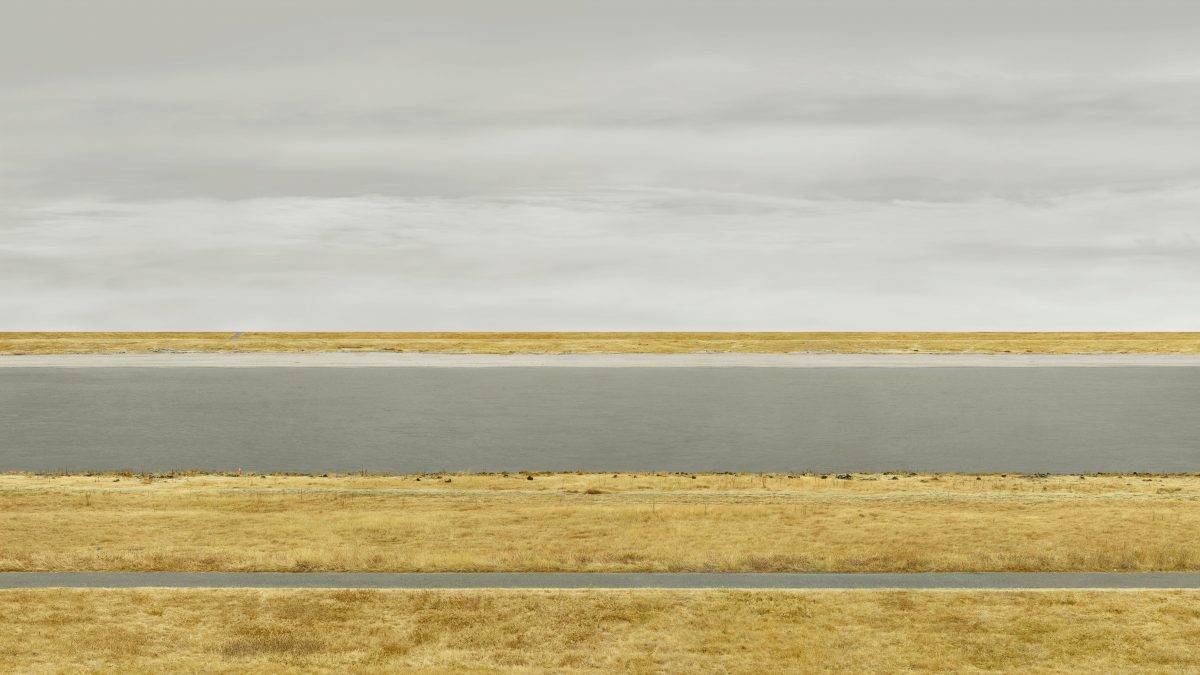 There was a time in the not-too-distant past when the photographer Andreas Gursky’s work took him across the globe. Inspiration came from the locations he visited. But since the Covid-19 pandemic, he drew inward to a degree and began rediscovering the work in his extensive archive. His studio in Düsseldorf and his vacation home in Ibiza became the locations that sparked his imagination. A joint exhibition of both new and recent works on view at Gagosian in New York and White Cube in London reintroduces and expands on the theme of humanity’s interaction with the world, which has been so prominent throughout the artist’s career.

The reflection on past work is clearest in Rhine III (2018), an almost exact replica of Gursky’s 1999 work Rhine II, which was once the most expensive photograph sold at auction at $4.3m (a price that was tripled by Man Ray’s 1924 photo Le Violon d’Ingres when it sold for $12.3m at a Christie’s sale last month). But Gursky’s Rhine III is no replica. The world has changed in many ways since 1999, as has the river Rhine. In the third iteration of this view, the grass that frames the waterway is a yellow-ish grey thanks to a drought that parched the area. It looks brittle and ready to catch fire with the faintest spark. The water, too, has receded, revealing another Rothko-esque field of small rocks and stones.

Of the newer works, Salinas (2021), is the most poignant. Taken in Ibiza, what Gursky calls his second home, the picture shows a number of salt flats at sunset (shaky ground for a photographer—there are arguably more images of sunsets than there have ever been sunsets). But Gursky’s technique and patience propel this photo to a scale beyond just an image of a sunset. The photo stands out because of how low the sun is. Gursky said within half an hour the area was completely dark, but more importantly there was a complete lack of wind, which gives the water on the lower half of the picture a glossy, mirrored quality.

“It’s not so much about narrative, it’s more about condition. This landscape is in balance, but because of what is going on with the world, such a balance might not be possible in the future,” Gursky says. “Just like Rhine, this is about the climate balance, about how we affect the environment around us.”

Covid-19 takes center stage in some of the images. Eisläufer (2021) was taken mid-pandemic. But instead of the solitude and contemplation so prevalent in Salinas, this picture is bursting with people. And while most of them seem to be enjoying themselves, ice skating or reveling in each other’s company on a winter day, the image was taken after flooding in Düselldorf covered the low-laying ground around the Rhine and the Rheinauen, which was then frozen solid after a massive cold snap. Friends and family gather around to skate and play ice hockey, but many are still trepidatious about the new reality and wear masks as the walk about or glide on the fresh ice.

It is not too often that works like these are on view simultaneously in two cities, not least in New York and London, and at two galleries as prominent as Gagosian and White Cube, but think of it as a nod to Gursky’s environmentalist leanings. No matter where you are the odds are you will not have to fly over the Atlantic to see the massive photographs in person. And while not every image in the twin exhibitions is a traditional landscape or speaks so directly to the relationship between us and our environment, the relationship is there all the same. The ski slopes filled with artificial snow in Streif (2021) and the 13 German politicians of the German Bundestag in front of a painting by Ed Ruscha in Politik II (2020) are both images that reflect the world we live in, for better or for worse. As Gursky recently told the German writer Max Dax in Gagosian Quarterly, “my pictures try to encapsulate our time”.