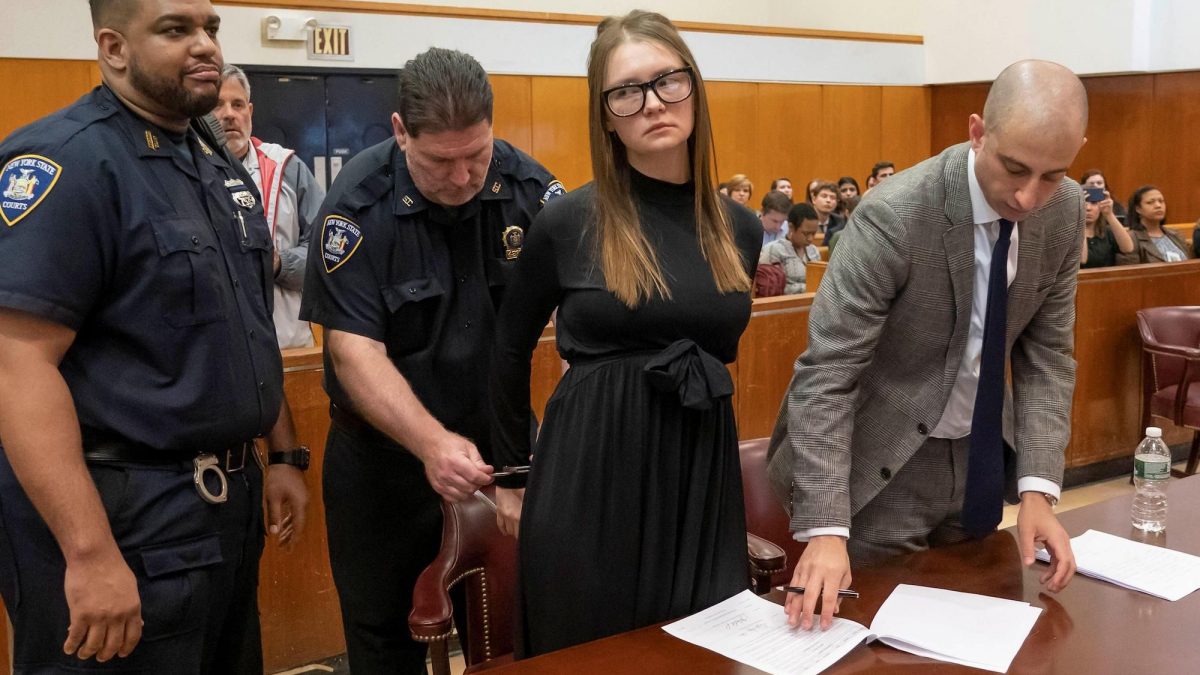 An artist who helped organise the New York City exhibition Free Anna Delvey in March—which included works based on drawings that Anna Sorokin, the notorious “Soho Scammer”, made in prison—says she is owed about $8,000 for expenses related to the show that she put on her credit card.

Julia Morrison, an NFT (non-fungible token) artist and MFA student at the University of Southern California, paid for exhibition costs like “framing, printing, scanning, transportation, making t-shirts, etc.”, she told the New York Post. More than two months later, she says she has still not been repaid, neither by Sorokin—who, in spending sprees chronicled by the Netflix series Inventing Anna, racked up five- and six-figure debts at trendy Manhattan hotels while attempting to raise money for an exclusive Park Avenue arts club—nor by Alfredo Martinez, the exhibition’s co-organiser and an artist once convicted for selling counterfeit Basquiat works.

“I can’t afford to just throw $8,000 worth of Anna Delvey’s expenses on my card,” Morrison told the Post. “I wasn’t doing it to be a good friend to her. I did it for the show, knowing that I’d be paid back. At least that’s what Alfredo promised.”

A spokesperson for Sorokin told the tabloid that the art world fraudster—currently being detained by US Immigration and Customs Enforcement (ICE) for overstaying her visa, pending deportation to Germany—was not directly responsible for Morrison’s exhibition expenditures. Martinez, for his part, told the Post, “She will get paid,” adding, “We are still in the spending money phase of the project.”

Both Martinez and Sorokin are represented by Founders Art Club, an organisation founded by dealer Chris Martine that held a one-night exhibition of Sorokin’s drawings, Allegedly, at the Public Hotel during Frieze New York earlier this month. Prints based on Sorokin’s drawings were on offer at the runway show-like event, priced at $250 apiece.

Sorokin was found guilty in 2019 of grand larceny and theft of services stemming from more than $200,000 in unpaid hotel and bank fees. She was released from prison in February 2021, only to be re-apprehended and detained by ICE, pending deportation.