Inside the US military’s vast but rarely seen art collection 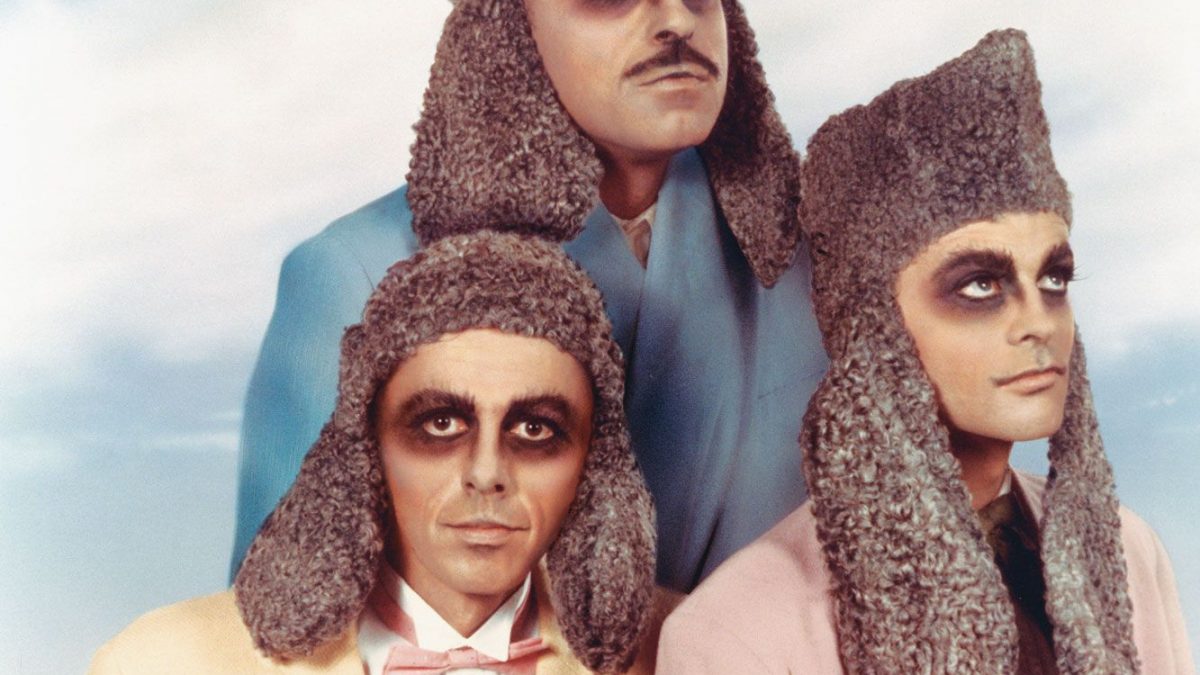 The eclectic Canadian trio General Idea, who attained international acclaim during their 25 years of practice (1969-94), are about to hit the heights again as the subject of a blockbuster exhibition at the National Gallery of Canada. The show, opening this week, will feature around 200 works, including major installations, publications, videos, drawings, paintings and sculptures.

Although the exhibition’s curator Adam Welch admitted surprise that such a retrospective had not come until now at the National Gallery (Toronto’s Art Gallery of Ontario did stage one a decade ago), the group has hardly gone unnoticed in the Ottawa-based museum. As Welch told The Art Newspaper: “We have outstanding works in the collection and this exhibition has allowed us to delve much more deeply into those holdings, and, of course, to engage in close research with AA Bronson.”

General Idea was, in a sense, invented by [William] Burroughs, though he didn’t know it

Bronson is the trio’s lone surviving member and played a huge part in getting the survey together. He will celebrate his 76th birthday two weeks into the show’s run. Felix Partz and Jorge Zontal were the other members, who both died of Aids in 1994. The disease dominated the trio’s work in their last years.

General Idea, a tag they took when one of their early works was mistakenly assumed to be the group’s name, are described in the National Gallery’s press release as: “Trailblazers in the domains of conceptual, performance, and queer art, experimenting with new art forms and taboo subject matter, challenging art world and social norms and crucially paving the way for future generations of artists.” Still, many may be unfamiliar with the scope of their work, now dating back nearly three decades. “One of our goals with the show is to make General Idea’s complex practice a bit more accessible to those coming to the work for the first time,” Welch says.

Among their many influences was Andy Warhol. “It was impossible for our generation not to be influenced by Warhol,” Bronson writes in the massive 756-page catalogue (packed with more than 500 illustrations) that accompanies the show. The Beat Generation writer William Burroughs was another inspiration. “We thought of ourselves as Burroughs characters,” Bronson says. “General Idea was, in a sense, invented by Burroughs, though he didn’t know it.”

The trio originally got together in western Canada but settled in Toronto, with forays to New York. Their initial collaboration was at Toronto’s Theatre Passe Muraille. Among the city’s attractions at the time were Rochdale College, which offered free education and communal living, and the Yorkville neighbourhood, then the centre of Toronto’s hippie community.

Warhol aside, the group is perhaps best known for its take on Pop artist Robert Indiana’s LOVE works, supplanting the word “love” with “Aids”. The National Gallery’s collection now includes multiple versions of the image, the highlight being a graffiti-enhanced AIDS sculpture (1989), which is accessible to passersby.

“Even though we began work on the exhibition long before our present pandemic, there are strong similarities with the Aids crisis that have become apparent over the last two years,” Welch says. “Nearly all of General Idea’s work from 1987 until 1994 was responding to the crisis as they were experiencing it in New York and Toronto. As queer men, they experienced first-hand how access to healthcare was different for them… Today we’re seeing very similar inequalities laid bare by Covid.”

Beauty pageants were another General Idea offering, bringing to mind rising Canadian star Camille Turner’s performance persona Miss Canadiana. The fictional 1984 Miss General Idea Pavillion [sic] also occupied them until it was razed by a fictional fire. The group were active in the publishing business, too, with FILE Megazine, a riff on the popular Life magazine. Their last hurrah came in 1994 with the Infe©ted Mondrian series, in which they replaced the yellow in Mondrian’s works with green. According to Bronson, it was the Dutch artist’s “most hated colour”. Leave it to General Idea to stir the pot.