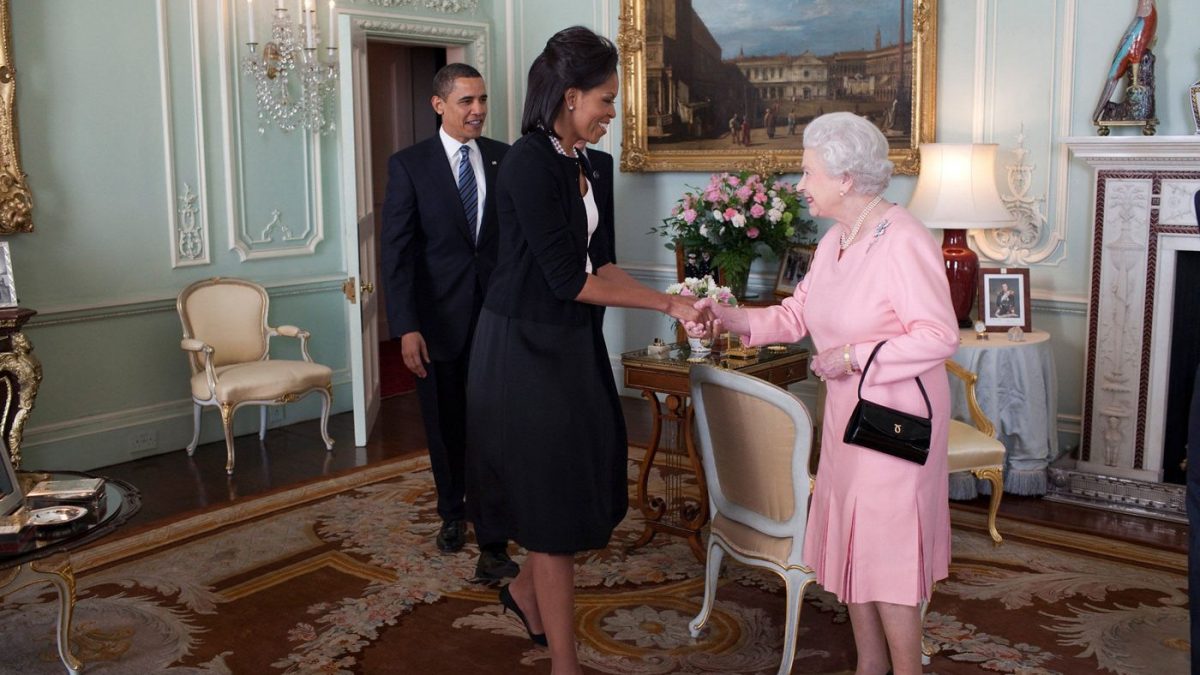 Although Queen Elizabeth II has appeared constantly in the media over the past 70 years, we know remarkably little about her personal tastes. But from what does emerge, the visual arts do not appear to be high on her list of interests. Her favourite hobbies, if one can put it like that, are horses and dogs. Yet paradoxically, Elizabeth II, now 96, has done more than any of her illustrious predecessors to share her royal treasures.

And what a collection she oversees: 7,600 paintings (more than three times the number housed in the National Gallery), 2,000 miniatures (the world’s largest holding) and over 500,000 prints and drawings—not to mention furniture, ceramics, clocks, arms and armour, archives, books, photography and, of course, the Crown Jewels. As one of the last great European royal collections to remain intact, it represents a record of the personal tastes of monarchs over 500 years.

The Royal Collection has an unusual status. As a spokesperson explains: “It is held in trust by the Queen as Sovereign for her successors and the nation. It is not owned by her as a private individual.”

We have little idea of what the Queen really thinks of this stupendous collection— and whether she prefers Franz Winterhalter, Victoria’s favourite artist, to Andy Warhol. Protocol demands that journalists never pose questions to the monarch and she gives little away. To speak out about her personal tastes would weaken her moral authority to represent all her subjects.

The young Princess Elizabeth did not attend school, and was instead tutored at home. What the royal website does disclose is that among her subjects were “art and music”. She was brought up amid the world’s greatest collection of art treasures outside a museum. But when young, surrounded by such richesse, one either becomes entranced or blasé.

On Elizabeth’s accession to the throne in 1952, the Surveyor of the Queen’s Pictures was none other than Anthony Blunt, who served her until 1972. It was he who really introduced her to fine art. Six years after Blunt’s retirement it was publicly revealed that he had also worked as a spy for the Soviet Union. Blunt’s successors as surveyor have been Oliver Millar (1972–88), Christopher Lloyd (1988–2005) and Desmond Shawe-Taylor (2005–20).

The creation of the Queen’s Gallery

Blunt organised the first of two developments which have opened up the Royal Collection: the creation of the Queen’s Gallery, which was built adjacent to Buckingham Palace, on the site of a chapel bombed by the Luftwaffe in 1940. Since its opening in 1962 the Queen’s Gallery has offered a continual series of 82 themed exhibitions showcasing works from the Royal Collection. The latest is Japan: Courts and Culture (until 26 February 2023), with objects collected by successive monarchs.

But the biggest change came following the disastrous fire at Windsor Castle in 1992. Until then the collection had been run directly by the Royal Household, but in 1993 it was established as a charitable trust, responsible for caring for and sharing the artworks, to be funded from income received from opening royal palaces to visitors. And, breaking with tradition, Buckingham Palace was opened in the summer, at a time when the Queen was not normally in residence, providing an important new source of revenue.

Although the Queen takes formal decisions (including for all acquisitions and loan requests), the Royal Collection is run by a director (who is above the surveyor), at present Tim Knox, holder of the post since 2018. His predecessors have been Oliver Millar (1987-88), Geoffrey de Bellaigue (1988-96), Hugh Roberts (1996-2010) and Jonathan Marsden (2010–17).

The new system has worked excellently, at least in terms of caring and sharing of the collection. Since 1993 the trust has devoted much of its surplus to three main projects: the renovation of Windsor Castle after the 1992 fire; the expansion of the Queen’s Gallery in 2002 and the creation of a new gallery at Holyroodhouse in Edinburgh, also in 2002.

Under Elizabeth the main priorities for the collection have been public access, conservation and inventorying. Many of the finest artworks can be seen in the 15 royal residencies which are open to visitors (most importantly Windsor Castle, Buckingham Palace, Holyroodhouse, Hampton Court, the Tower of London, Osborne House and Brighton’s Royal Pavilion). It is a privilege to see works of art in the historic settings for which they were originally commissioned or acquired, as well as temporary exhibitions in the palaces and the Queen’s Gallery.

All went well for the Royal Collection until the pandemic […] total visitor numbers plummeted from 3,285,000 to 155,000, with lockdown and the loss of international tourism

Touring shows are held, both domestically and internationally. And individual artworks are lent to relevant exhibitions organised by other museums and venues.

All went well for the Royal Collection until the Covid-19 pandemic. In the financial year 2020-21, total visitor numbers plummeted from 3,285,000 to 155,000, with lockdown and the loss of international tourism. Income fell from £72m to £7m. Although figures for 2021-22 are not yet published, they may well be almost as bad, with the UK only beginning to emerge from the pandemic earlier this year.

An inevitable restructuring led to the loss of 165 jobs in the Royal Collection, 30 per cent of the total. Among the unfortunate departures was Shawe-Taylor, at least temporarily ending the position of Surveyor of the Queen’s Pictures, a title dating back 400 years.

In a survey by The Art Newspaper of the first 50 years of Elizabeth’s reign, we found that only 20 paintings had been acquired, a modest addition to the 7,000. The survey covered only paintings (not other artworks) and all were portraits: two of the Queen, two of her distinguished courtiers and 16 of historical figures. We estimated the total cost at a few hundred thousand pounds. Acquisitions during the last 20 years have continued at a similarly low level.

Along with the Royal Collection, some of the Queen’s other activities involve the visual arts. For over 250 years the monarch has been involved with the Royal Academy of Arts, as its “Patron, Protector and Supporter”. She has sat for dozens of portraits, getting to know the artists, who have included Pietro Annigoni (1954 and 1969) and Lucian Freud (2001).

A paucity of acquisitions

And although Elizabeth’s involvement in the visual arts may have been limited, she has been surrounded by close family members with strong interests. The Queen Mother was an important collector, buying paintings by Monet and Sisley. Elizabeth’s husband, the Duke of Edinburgh (who died in April 2021), was a keen watercolourist, tutored by Edward Seago, and also a personal collector. And her son, Prince Charles, is even more skilled with watercolours, with a deep commitment to the built heritage.

Although the Royal Collection acts in the Queen’s name, she has largely left overseeing its organisation to Charles. He was the first chairman of the Royal Collection Trust, serving for 28 years until March 2021, when he handed over to the banker James Leigh-Pemberton. This change may have been thought prudent because Charles will presumably inherit the throne and it would then be inappropriate for the monarch to retain the chairmanship.

One minor source of disappointment has been the paucity of acquisitions during Elizabeth’s reign. Here it is difficult to apportion responsibility between the Queen, who makes the formal decisions, and the collection, which provides curatorial advice. The lack of acquisitions will in the long-term seem unfortunate. As Prince Charles once said: “Each monarch has commissioned contemporary artists to record various aspects of their lives: important family occasions, their children, dogs, horses, friends, great statesman and national events.”