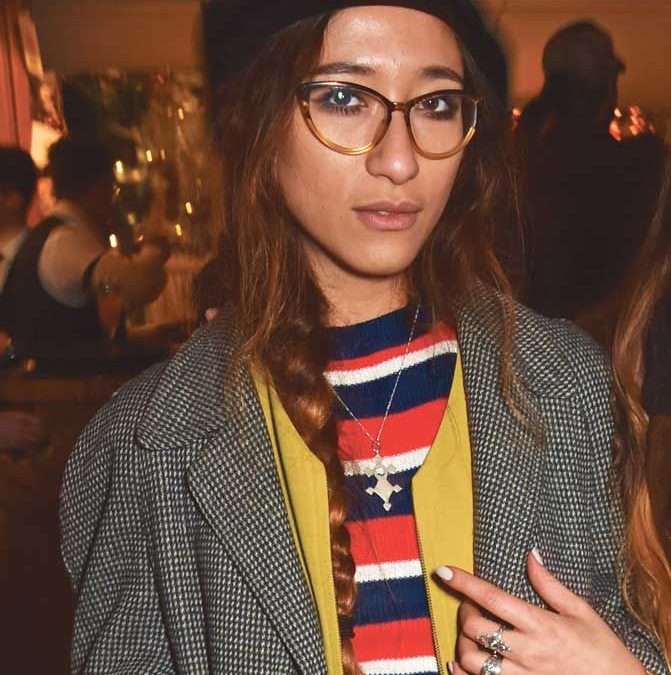 The multidisciplinary Algerian-British artist Lydia Ourahmane, best-known for her conceptual and research-based works, is premiering the new film Tassili (2022) in her first solo exhibition in New York at the SculptureCenter. The 47-minute film is an atmospheric record of the ancient cave paintings of Tassili n’Ajjer in south-eastern Algeria, a collection of thousands of esoteric pictographs of ceremonies, animals and deities. Backed with an ambient soundtrack by musicians including Nicolás Jaar, the film addresses the impact of colonialism on the site and probes distinctions between surveillance and documentation. The exhibition follows Ourahmane’s solo exhibition at the CCA Wattis Institute for Contemporary Arts in San Francisco in 2020 and her participation in the 2018 New Museum Triennial in New York and the 34th Bienal de São Paulo in 2021.

The Art Newspaper: What compelled you to explore Tassili n’Ajjer?

Lydia Ourahmane: The ancient rock paintings in this desert plateau between Algeria and Libya have been very minimally documented. The main expedition that brought them to light happened in the 1950s, when the French explorer Henri Lhote claimed to have “discovered” them. I came across a book on the trans-Saharan trade route that briefly mentioned the cave paintings. I lived in Algiers at the time and became obsessed, then in 2019 I decided to travel there for the first time. I know this isn’t the last time that I’ll work there; it feels like a long-term engagement.

The cave paintings are notable for being highly stylised and well-preserved.

It’s an inhospitable, expansive place. You have to hike 2,000m up a crumbling canyon to reach the plateau. The French who discovered the paintings called them “gods”, but the nomadic tribes who inhabited the area actually called them demons. Our guide explained that they believed the paintings had the power to possess you, so therefore no one would live or rest or settle near them, let alone approach or touch them. The paintings are between 6,000 and 12,000 years old but it was only after the 1950s that they started to deteriorate.

We did a 14-day trip by foot with a convoy of 20 donkeys and my collaborators, made up of two cinematographers, a psychiatrist and two artists. Travelling in the desert has made me interrogate questions around belief and trust, and what it means to physically put yourself in a space that you cannot navigate or survive in. The desert is a place where you have to trust not only your body but also the person guiding you through it.

What are some strengths your team members brought to the project?

Everyone who came was somehow supposed to be there. Hiba Ismail, for example, created a sound archive of the area, some of which was used by the film’s composers. Yuma Burgess, a 3D artist, made scans of the landscape, which will become a sculpture in the show. And the psychoanalyst and psychiatrist Isabel Valli was also instrumental. She is very spiritually attuned and has a sense about things that I trust. With work that deals with history that is impossible to grasp within the arena of time we inhabit, you have to look elsewhere.

Our two guides were born and lived on the plateau but were moved down [from it] by officials in the 1980s. In our conception of nationhood, the nomadic way of living is ungovernable, and therefore not allowed. Now the only way these people continue to occupy their previous territories is by taking tourists there, which then comes with this re-articulation of their relationship to what was once their home.

Beyond a visually captivating film, the work is one of the most comprehensive documentations of the cave paintings.

There is an ecological aspect to the work. When I went in 2019, there were three sources of water on the plateau and now there’s just one. Once that disappears, no one will be able to go there, so there was a sense of urgency in creating this work, to document a space that might soon be completely impossible to visit. It’s the first time that high-definition footage has been shot there.

I also understand that the violence of image-making is embedded in the work: the act of shooting and deciding how something is seen. Even though there’s no narration in the film, cutting and sequencing images is a form of non-linguistic notation. I’ve been thinking about what it means for me to produce these images, and why and for whom they should exist.