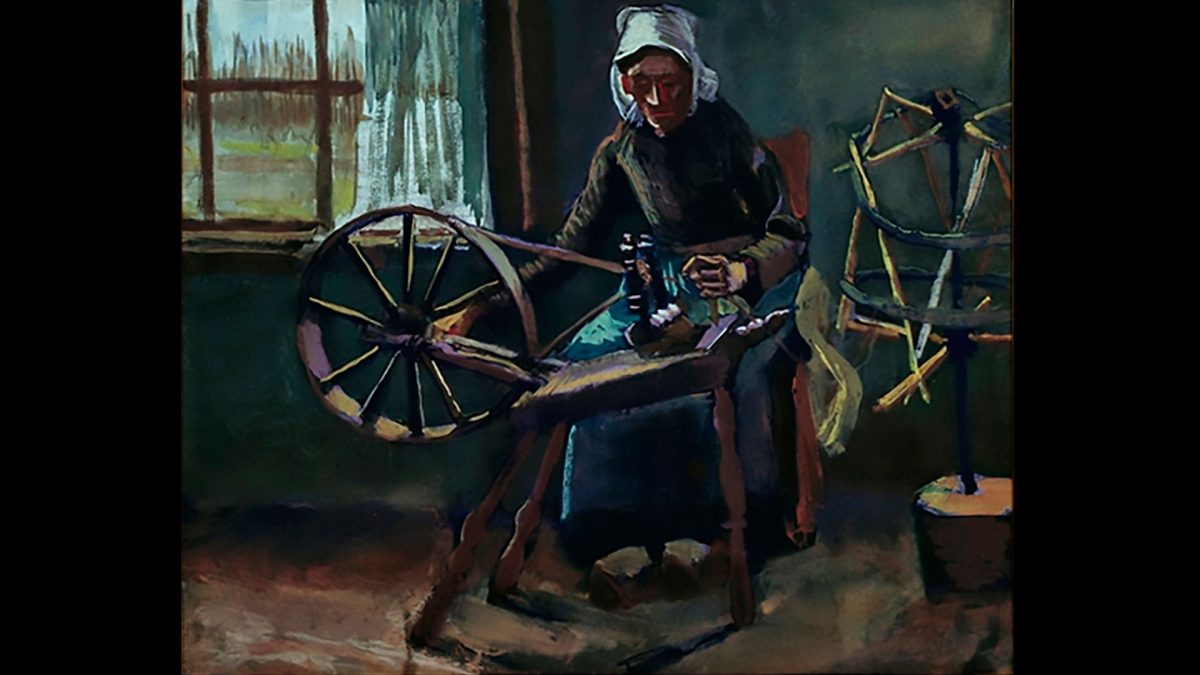 With this month’s election of Ferdinand “Bongbong” Marcos Jr as the president of the Philippines, questions arise about the Van Gogh that once belonged to his parents. His father, also named Ferdinand, was deposed as president in 1986 and died three years later, while his mother Imelda is now aged 92.

Until the latest election, the Philippines government has long laid claim hundreds of artworks, which it believed has been bought by Marcos Sr with improperly acquired funds. According to the Presidential Commission on Good Government, a quasi-judicial government agency charged with recovering the collection, “money that rightfully belonged to the Filipino people was being channelled to fund a decade-long shopping spree”.

Among the works that was being sought by the presidential commission is Van Gogh’s watercolour Peasant Woman Winding Bobbins. Dating from May-June 1884, the painting depicts a woman by a window in a cottage, using a spinning machine to wind yarn onto a bobbin (or spool). At the time it was made, Vincent was living with his parents in the village of Nuenen, in the south of the Netherlands. An ink drawing, now at the Kröller-Müller Museum in the Netherlands, shows a very similar scene, with a slightly wider view.

But what happened to the Marcos watercolour? Our research shows that the painting they claim ownership of appears to be at the Kuboso Memorial Museum of Arts in Izumi, on the outskirts of the Japanese city of Osaka. The image, and dimensions (33cm x 41cm), appear identical. However, the Kuboso watercolour is not owned by the museum, but is on long-term loan from a private Japanese collector.

There seem to be two explanations. Perhaps the presidential commission on Good Government is mistaken about the Marcos Sr link, and he never owned the Van Gogh now in Japan. Or possibly it may have been acquired by the private collector and lent to the museum in good faith, without knowledge about its earlier controversial history.

To add to the uncertainty, the Japanese watercolour appears to have been auctioned on three occasions in New York (17 May 1984 Doyle auctions; 14 November 1984 Christie’s; and 12 November 1987 Sotheby’s). Marcos Sr was deposed in 1986, so if he really once owned the Van Gogh now in Japan, then he presumably sold it at least two years before his fall.

When this week we informed the Kuboso museum about the possible Marcos provenance and the claim, its current staff had no knowledge about the Philippines link. And with the election of Marcos Jr, one would assume his government will drop any hunt for art acquired in questionable circumstances by his father.

According to the Presidential Commission on Good Government, Marcos Sr had paid $99,000 for the Van Gogh. Prices of the artist’s work have rocketed since the 1980s, and a Nuenen watercolour of this type might now fetch around $1m.