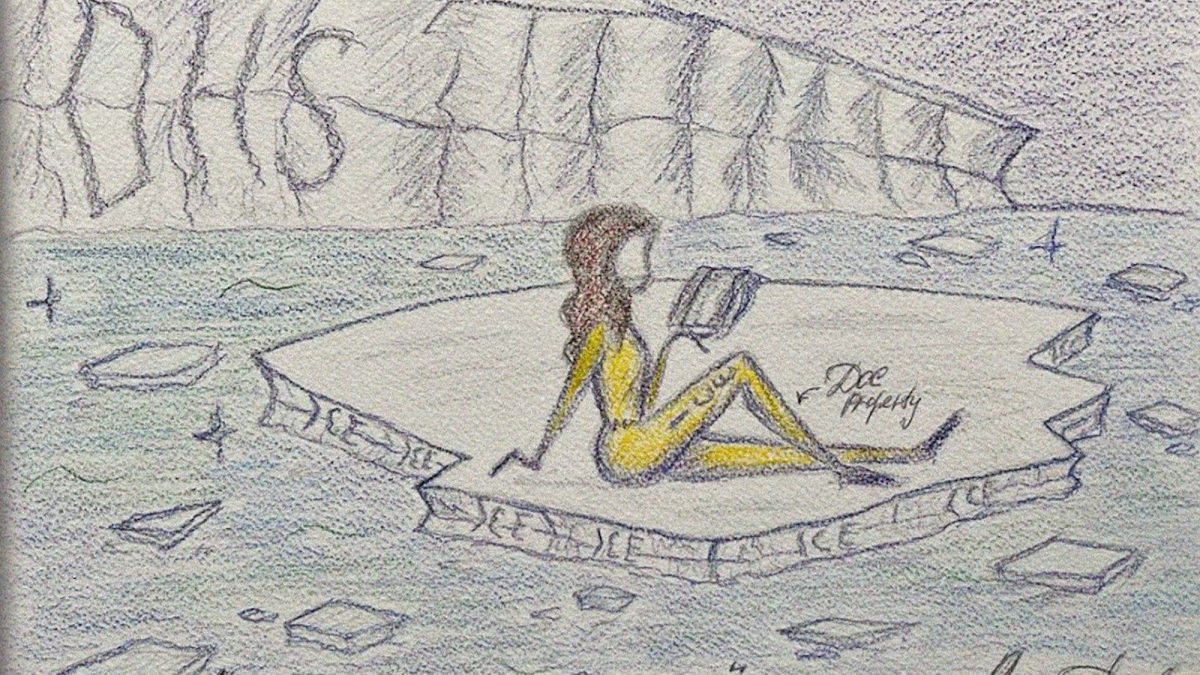 The Anna Sorokin rehabilitation project continued Thursday night (19 May) at the Public Hotel in Manhattan, where Sorokin’s attempts to rebrand herself as a censored artist were given the spectacle treatment.

Sorokin’s pencil sketches—including a self-portrait on an ice floe titled Anna on ICE, a reference to US Immigration and Customs Enforcement—were introduced, runway style, by models wearing oversized sunglasses over hosiery, as if administering a kinky bank robbery, presumably a wink at Sorokin’s 2019 conviction for defrauding banks and luxury hotels.

Sorokin beamed in over video link from the ICE centre where she’s being detained (for overstaying her visa, not her art) to address a rapt audience, and joke she couldn’t be trusted with a pencil sharpener.

Founders Art Club, which organised the one-night only exhibition, is selling prints based on the drawings online for starting at $250. Presumably, much like the proceeds from the recent Netflix series about her escapades, any monies Sorokin receives from print sales will be used to repay her debts.