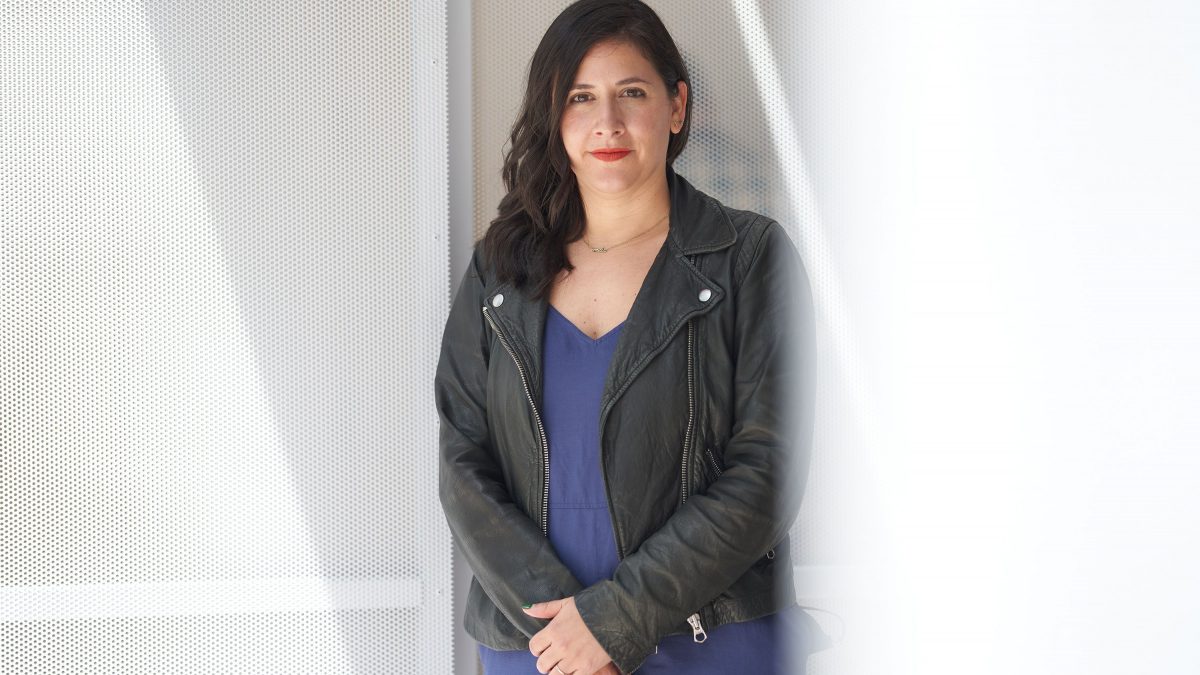 Marcela Guerrero, an associate curator at the Whitney Museum of American Art, is spearheading two major exhibitions this year: No Existe Un Mundo Poshuracán: Puerto Rican Art in the Wake of Hurricane Maria and Martine Gutierrez: Supremacy. She was part of the team behind the seminal show Vida Americana: Mexican Muralists Remake American Art, 1925-1945 and as a curatorial fellow at the Hammer Museum helped curate Radical Women: Latin American Art, 1960-1985. Guerrero has made significant contributions to the Latinx art field, but her own taste is eclectic. Here, she shares her favourite works at the fair.

“This work has a sonic element and a video component examining the making of glass sculptures, and how that transformation from fire to glass creates a sound. It captures a sound of that transubstantiation and looks into the artisanal labour that goes into glass-blowing and how glass is also an industrial medium.”

“Eamon Ore-Giron is more attuned than most abstract artists I know to reference points, like references to South America during colonial times. He’s also a musician; his work appears to synthesise various music from Peru, Mexico, Colombia, and translates beats and music to painting.”

“The beauty of art fairs is learning about more global practices. Delvaray has a graphic design background, visible in this work, which has to do with the idea of the Persian garden and how that is a construct. She’s deconstructing that garden we all have in our minds, breaking down its components and elements.”

“Danielle De Jesus is an artist of Puerto Rican descent based in Bushwick. She often looks at Bushwick and how rapidly it’s being gentrified, focusing on those communities, even those that are not her own, to show how different cultural groups are using their traditions to reclaim space.”

“Lynn Randolph illustrated work for the writer Donna Haraway at one point. She’s interested in post-human worlds while still retaining elements of previous art history moments. It’s hard to see this and not think of William Blake. It takes us outside the realm of earthly knowledge, prompting us to think about more divine creatures.”

“Carlos Motta, born in Colombia, was only 20 years old when he made this. His work can make one think of Ana Mendieta and how she manipulated her gender expressions. Queering the body and the way that the body is read has also always been a concern for Motta. He’s one of those artists who, depending on the context, could be considered mid-career or emerging although he has a good two decades working as an artist.”

“I tend to gravitate toward artists who I feel are showing something refreshing that perhaps moves away from didactic figuration. I appreciate Ronny Quevedo’s efforts to create an abstract language. In some works, it’s evident how his cosmological understanding of the world overlaps with his biography as an artist raised in the Bronx. ”

“There are so many artists now connecting Surrealist traditions to the present, as Cecilia Alemani did in the Venice Biennale. Kate Mosher Hall is one of the artists working in that vein. You’re not quite sure what you’re looking at in these works; the abstraction and distortion of whatever figure she was capturing at first becomes a dreamscape. She is very technically proficient.”