Museums try to cash in as deaccessioning truce expires 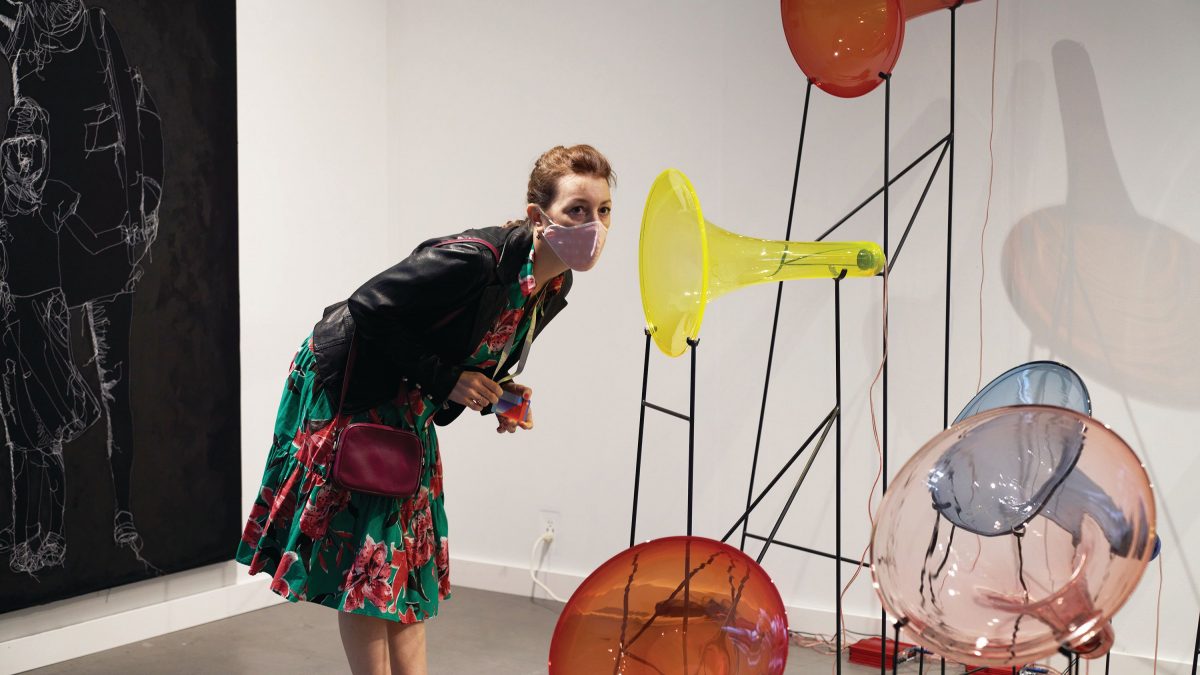 Frieze’s $5,000 prize for the best stand in the New York fair’s Frame sector was awarded to the Bogotá- and New York-based gallery Instituto de Visión for the second consecutive year, this time acknowledging a solo presentation by the Mexican conceptual artist Tania Candiani.

The artist, who represented Mexico in the 2015 Venice Biennale, “flirts with many subjects in her work, but one overarching theme is how she examines the concept of transforming or revolutionising reality, and her poetic approach to politics”, says Beatriz López, the gallery’s artistic director. (Works in the stand range from $7,000 to $60,000.)

The centrepiece of the stand is the sonic installation El Sonido del Fuego (2021). The work is made from a series of colourful translucent glass megaphones containing miniature speakers, which emit the noises audible when minerals, air and fire are combined in glassblowing.

The presentation also includes textiles in which silhouettes of protesting figures are sewn onto canvas with white thread, and the video work Sanes de la Curación (2022) that deals with the Afro-Mexican diaspora. It shows someone performing a traditional dance while killing a snake, representing the killing of an oppressor.