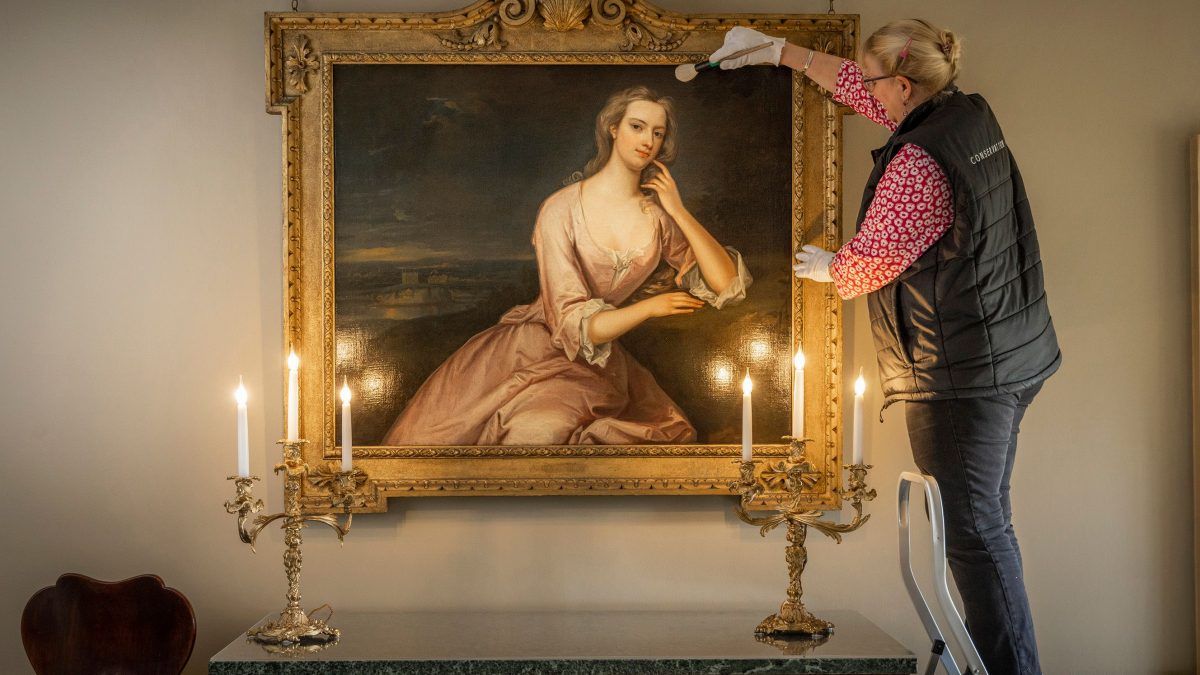 Marble Hill was built beside the River Thames in 1724 as a haven from an abusive husband and the Georgian court, for a royal mistress who was described by her poet friend Alexander Pope as “a reasonable woman”. This week, the villa will open its doors again after three years of major restoration work by the historic monuments charity English Heritage.

The house in Twickenham, south west London, will now open free of charge, five days a week for seven months of the year, in contrast to years when the few paying visitors found a sad place with elegant Neo-Palladian interiors visibly suffering from damp and decay.

Henrietta Howard, the afore mentioned royal mistress, escaped the clutches of her drunken spendthrift first husband and her not very onerous duties as mistress of George II, to build a retreat set in a miniature classical landscape by the renowned gardener Charles Bridgeman, with major input from Pope including a grotto set in his own famous garden. Original landscaping has been partly restored in the £8m Marble Hill Revived project, with funding including £5m from the National Lottery Heritage Fund and the Lottery Community Fund.

Anna Eavis, the curatorial director of English Heritage, called Howard’s first husband “a real stinker”, and described Marble Hill as a rare surviving example of such an early villa, even rarer as one created by a woman. At one point Howard was living in poverty in Soho under an assumed name, but became a maid of honour at Court and then mistress of the future George II, who eventually pensioned her off while ensuring her husband couldn’t get his hands on the money.

The house is now deep in west London suburbia, but in the early 18th century Twickenham was seen as an idyllic rural retreat and it had so many aristocratic houses among the orchards and fields that English Heritage describes it “the Hamptons of its age”. Lord Burlington was just downstream at Chiswick House, Pope a bend of the river upstream, and Horace Walpole would build his Gothic fantasy house at Strawberry Hill and become a close friend, offering to bring her a bushel of gossip in return for a dish of strawberries and cream.

In 1898, the Cunard shipping family put the house and land up for sale for development. Instead it became a much loved public park, taken over in 1986 by English Heritage whose restoration plans initially provoked furious local protest. Opponents insisted the conservation charity was proposing major changes on spurious evidence, despite the discovery of garden sketches by Pope himself, and archaeology recovering traces of original features. The dog walkers and footballers remain, and according to Rachel Morrison, English Heritage’s audience development manager, some of the original protestors have now signed up as house and garden volunteers.

• Marble Hill park is open every day, the house is open Wednesday-Sunday from May 21