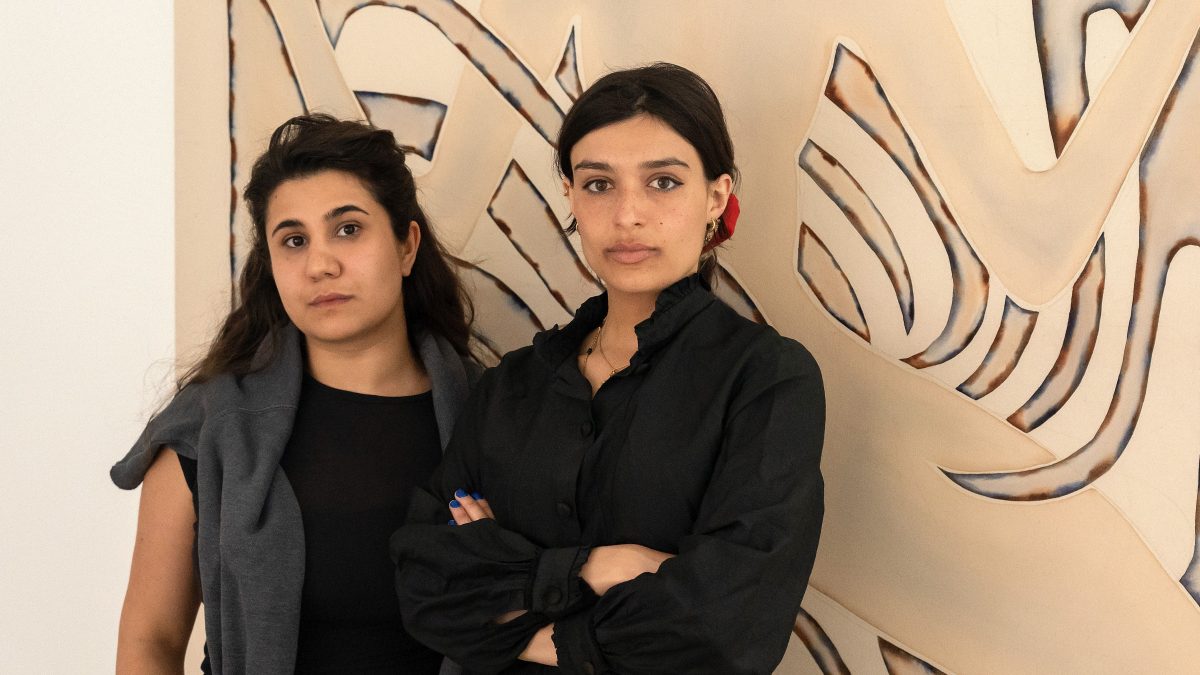 Check outThe Art Newspaper’s guide to London Gallery Weekend 2022 for recommendations on the best exhibitions to see during the three-day event, top trends and commentary

An unseasonably warm May and an even warmer market for work by artists under 35 greets visitors to the second edition of London Gallery Weekend. Fittingly then, the event features plenty of exciting emerging artists, many of whom are staging their most ambitious shows to date in hopes of catching the eyes of collectors and curators looking to discover new names. To help finetune your search for the next big thing, we’ve chosen four young(ish) artists whose exhibitions are ones not to miss.

Rhea Dillon: The Sombre Majesty (or, on being the pronounced dead)

A strange, unplaceable smell, containing notes of curling hair gel, pimento and frying oil, wafts through the second solo show of Rhea Dillon at Soft Opening. This scent—dispersed from a Ghanian lantern top—has been specially developed by Dillon as part of her ongoing artistic investigation into the ontology of race (in other words, what we really mean when we talk about being Black). By creating a composite of identifiable smells that she describes as “typically Black” or having associations with Black culture, Dillon has formed something new and incomprehensible, revealing to us the “unpinpointable-ness of what race really is”, she says.

Dillon says she was inspired, in part, to create the work following a racially charged comment by the celebrity fashion reporter Giuliana Rancic, who in 2017 described the dreadlocks of Black actress Zendaya as “looking like it smelled like patchouli and weed oil”. The show also contains an overturned wooden cabinet, identical to one owned by the artist’s grandmother, who belongs to the Windrush Generation that emigrated from the Caribbean to Britain in the 1960s. Inside, it is filled with cut crystals and small sculptures shipped from Marseille, drawing comparisons between the transportation of goods across trade routes and the passage of souls from one life to another.

For their first duo show together, Anousha Payne and Lail Tara H take divergent but complementary approaches to traditional art forms from South Asia and the Middle East. Lailah Tara H is a painter trained in the techniques of Mughal and Persian miniatures, but uses these centuries-old styles to convey her own shifting mental states, upsets and introversions. Her new work, painted with naturally derived pigments, is the closest she has come to self-portraiture to date, she says, with recurring motifs including floating heads, golden suns and lobsters.

Meanwhile Payne, primarily a ceramicist who references myths from her dual Irish and Tamil heritage, has created a series of vessels based around South Asian folktales she has been familiar with since childhood. In a departure from previous work, she now focuses on the storytellers of these myths (who represent, to some extent, her sister, mother and grandmother), in an attempt to shift focus away from the subjects of oral histories and onto those who sustain them. Payne describes her process as a way of connecting to an identity she didn’t necesarily feel comfortable claiming at a younger age.

Sandra Poulson ‘Economy of the Dust’

For one of her largest solo shows to date, Sandra Poulson focuses on something that is ubiquitous to the point of near-invisibility in her home city of Luanda: dust. Doing so, she questions its strange, yet vital role in the Angolan economy and draws parallels between the people of Angola and their surroundings, and her country’s relationship with its former coloniser, Portugal. In the gallery, Poulson has recreated elements of Luanda’s architectural landscape: breeze blocks referencing unfinished walls, golden gates wrapped to comment on privacy, access and desire, and flowers embedded in concrete.

Poulson created this show following a four-month residency at VO Curations, and has lived in London since she came here to study at Central Saint Martins in 2013. Returning recently back to Luanda with fresh eyes, she says that she saw the city anew. “When you return home, things that people never notice, you see more clearly,” she says. “I kept thinking about dust, how people pay people to remove it from their shoes, how it’s a nuisance, but everything comes from the sand—our construction industries and our glass industries are the backbone of the economy. It is part of us. When people from Luanda say they are going back home, they say, ‘We are going back to the dust’.”

William Brickel: Far from Anything

The forlorn men in William Brickel’s nearly lifesize paintings, on show in the recently established gallery The Artist Room in Soho, are shown mid-action and twisted into contorted positions. Brickel, a graduate of the Royal Drawing School, creates his imposing watercolours from a mixture of memory and imagination, executing his scenes using off-kilter bodily proportions.

References to Mannerist painting traditions abound in the studied placement of his figures’ oversized hands, while the colour pallette and crumpled textures calls to mind the work of Edward Burra and other Interwar English artists. The works are, Brickel says, his attempt to understand a variety of male relationships in his life and consider new ways of interacting with other people. He adds that he remains undecided as to whether he could class these works as self-portraits or not, considering the figures as “drifting between self-effigies and depicitions of friends, family and lovers”.