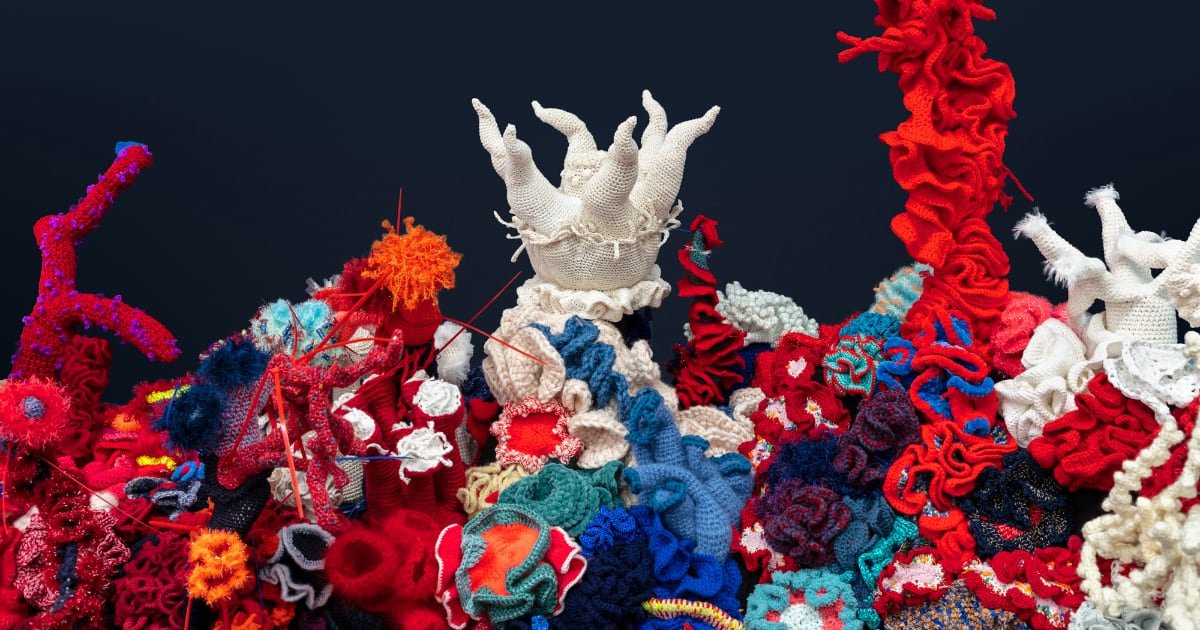 A new report released this week by an Australian agency says that the 1,400-mile Great Barrier Reef has undergone its sixth mass bleaching. About 91 percent of the brightly colored marine ecosystems were affected by this most recent catastrophe, which occurs when water temperatures rise. Disasters like this are becoming more frequent as the climate crisis intensifies, prompting artists like Christine and Margaret Wertheim to respond with striking displays of what could be permanently lost.

The Australia-born, California-based sisters began the Crochet Coral Reef project in 2005 to confront the devastations of bleaching,

Part of the intention for Crochet Coral Reef is to involve local communities, and so far, a

You also might enjoy Mulyana’s yarn ecosystems. (via artnet) 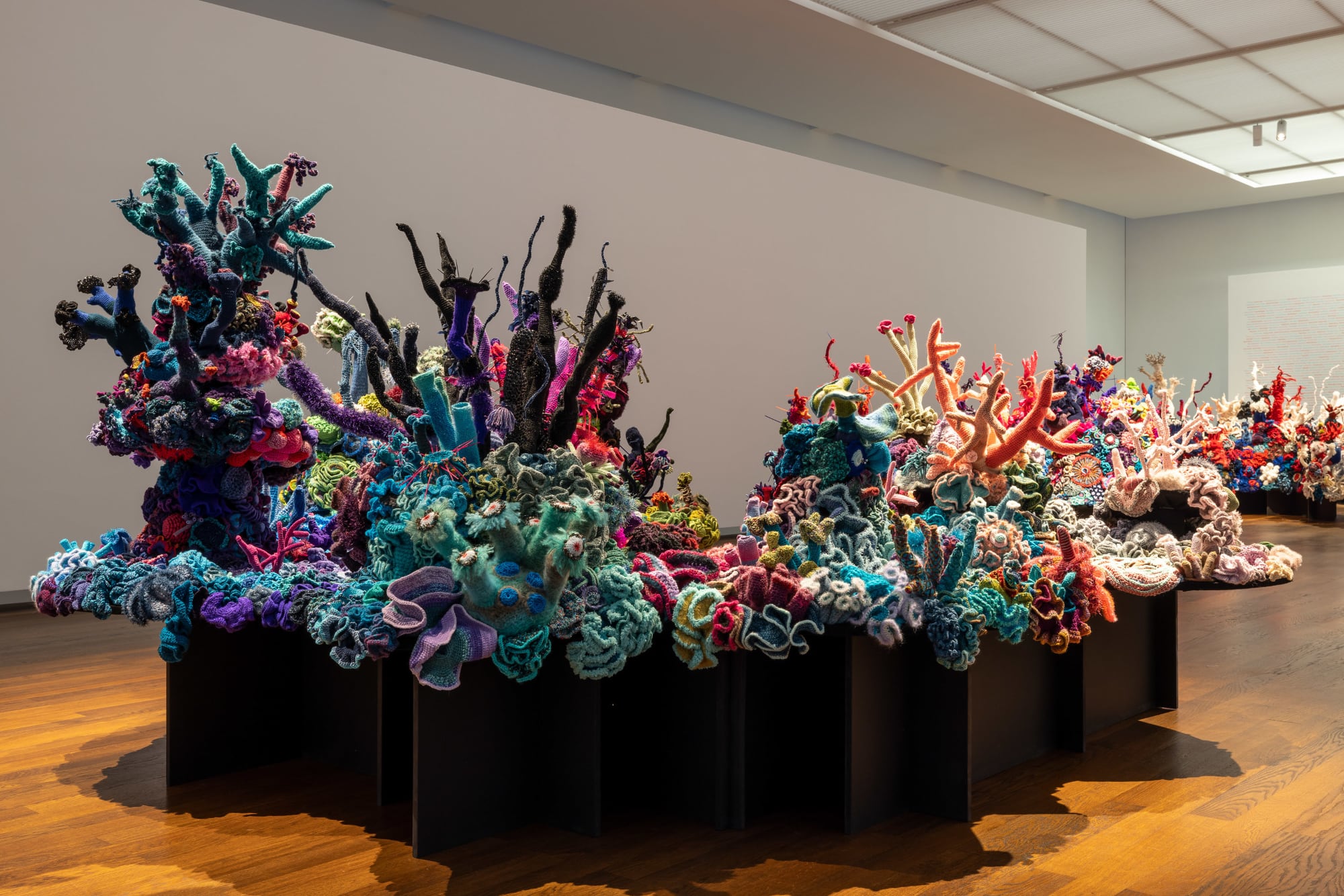