Time is up on relaxed rules for US museums wanting to sell their works—did this brief shift have any lasting impact? 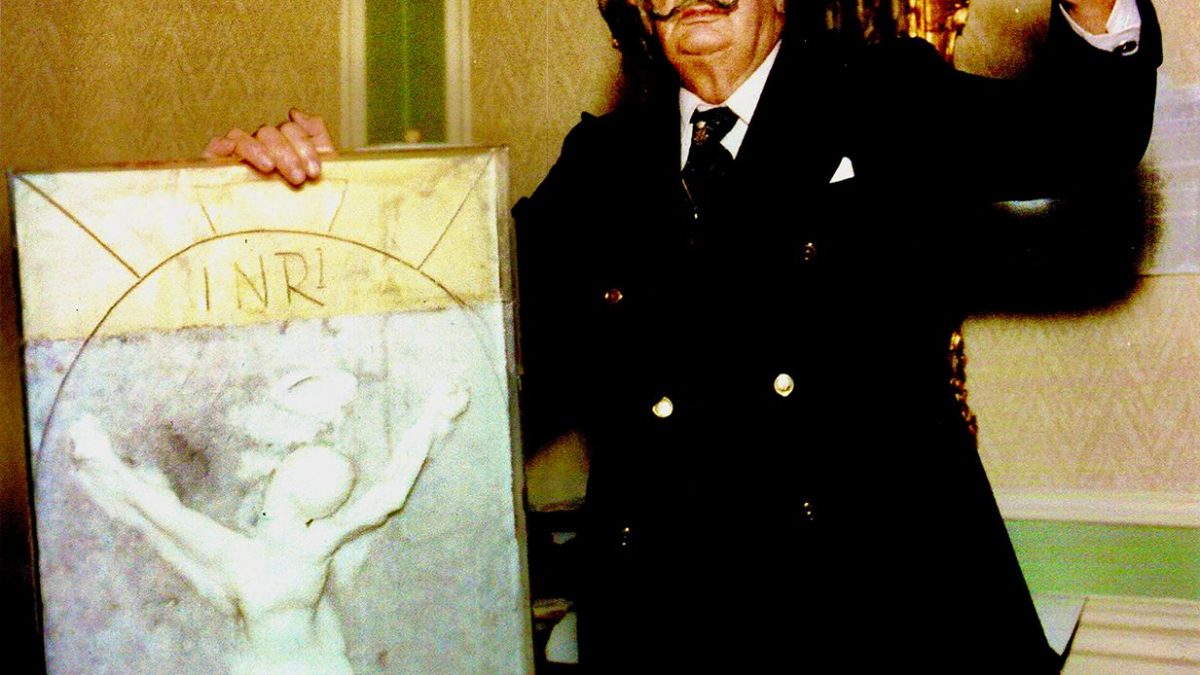 A wax sculpture by Salvador Dalí, long-considered to be lost, has been discovered by a commercial gallery in Hawaii. The work, which depicts a crucified Christ figure, is being unveiled to the public today, on what would have been the artist’s 118th birthday.

The Lost Wax, as it is now referred to, was found in the house of an unnamed US private collector, who, for four decades, had kept it in a vault within the original plexiglass box that Dalí had used to hold the work while making it.

Executed in 1979, the wax sculpture was used to create platinum, gold, silver and bronze editions of bas-relief sculptures by Dalí titled Christ of St. John of the Cross. These works are all three-dimensional variations on a 1951 painting of the same name by Dalí. They are some of the most explicitly religious works created by the Spanish artist following his mid-life return to the Catholic faith in 1948.

Preserving original waxes used for bas-reliefs is typically very challenging, which is why many thought the rediscovered work, created by Dalí’s own hands, was lost in the process. Yet, no doubt thanks to its storage underground, it has survived.

It was discovered by the owners of Harte International Galleries in Maui after they made contact with the collector to purchase an art book from him. Soon, Harte’s co-owners Glenn and Devon Harte realised that the collector also possessed an original work by Dalí and began talks to acquire it. While the collector wishes to remain anonymous, a gallery spokesperson confirms that he had a “close relationship” with the artist.

Harte bought the work for an undisclosed price. The gallery specialises in works by canonised master artists including Picasso, Chagall and Rembrandt. It has also sold a number of Christ of St. John of the Cross bas-reliefs during its history.

The work has been authenticated by the Dalí expert Nicolas Descharnes, based in Tours, France, whose father Robert Descharnes served as Salvador Dalí’s secretary until his death. For more than 40 years, the Descharnes family has authenticated works by the Surrealist artist to protect his legacy from forgeries. Descharnes also worked with the iconographic expert Carlos Evaristo to confirm the sculpture’s authenticity.

It has now been valued by the gallery at $10m to $20m. A gallery spokesperson says that for now the work will be on public display and declines to say whether it will be eventually consigned to auction or later offered via private sale.