Huguenots and River Thames mudlarking: two books on global displacement remind us of the value in welcoming refugees

Green is the New Black: a new column spotlighting the movers and shakers making the art world more environmentally sustainable 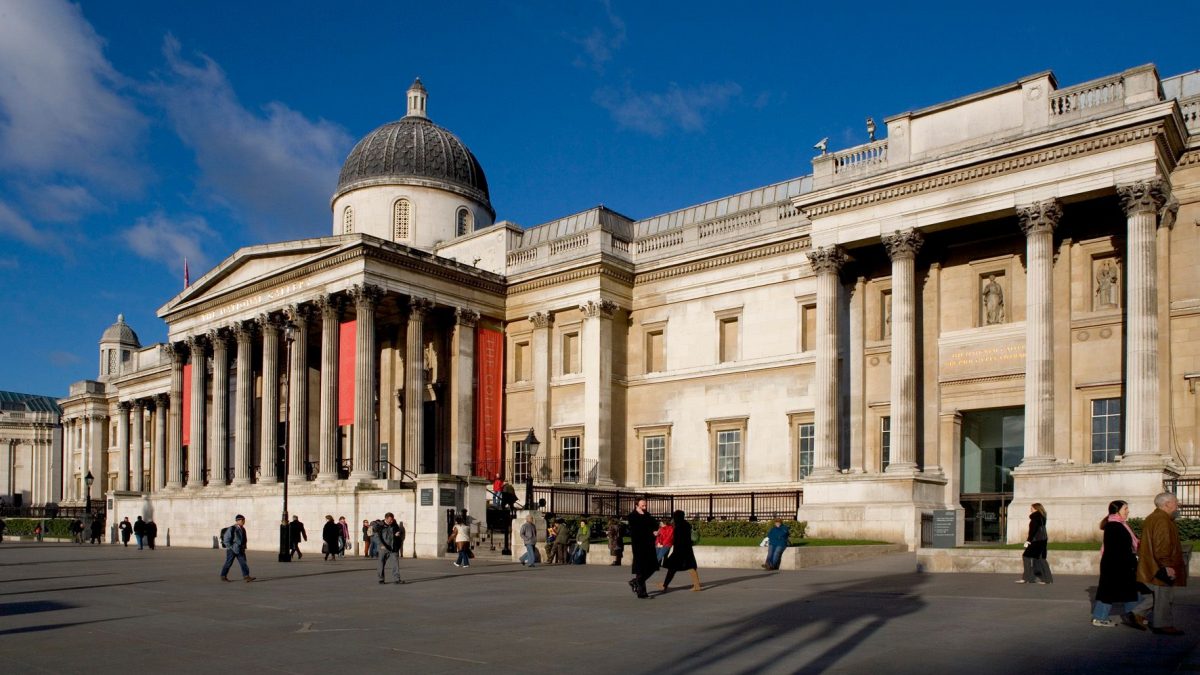 The National Gallery in London is the latest UK institution to remove the Sackler name from its walls. Room 34, which houses works by 17th- and 18th-century British artists, has been called the Sackler Room since 1992, but a sign bearing the family name was removed last week according to the Sunday Times.A scene in the James Bond film Skyfall (2012) shows the British spy with the gadget supremo Q in front of JMW Turner’s painting The Fighting Temeraire (1839), which hangs in Room 34.

The National Gallery and the Dr Mortimer and Theresa Sackler Foundation—the family’s UK charity—say in a statement that they had “jointly agreed that after 30 years the naming of Room 34 as the Sackler Gallery should come to an end”. A National Gallery spokeswoman adds that it is grateful for the “support it has received from the foundation to undertake its educational and collection-related programmes”.

The Sackler name has become indelibly linked to the global opioid epidemic that some members of the family profited enormously from and are accused of fuelling via their company Purdue Pharma.

In March, the British Museum and the Raymond and Beverly Sackler Foundation jointly announced that the Sackler name will be removed from spaces and programmes including one of the museum’s Mesopotamian artefacts, its Clore Centre conference complex and any endowments bearing the couple’s name.

In recent months Tate, the Serpentine Galleries and the Metropolitan Museum of Art in New York have all removed the family’s name from galleries and buildings. In 2019, following a protest by Prescription Addiction Intervention Now (Pain), a group founded by the artist and opioid addiction survivor Nan Goldin, the Musée du Louvre removed any mention of the Sackler name from its galleries.

Sackler family: three takeaways from a new book about the dynasty’s rise and fall

The last major UK museum to retain the Sackler family name on its building is the Victoria and Albert Museum in London (V&A) (The Sackler Courtyard). Theresa Sackler was a trustee of the museum from 2011 to 2019. According to a V&A spokeswoman: “The Mortimer and Theresa Sackler Foundation, and the Sackler Trust, are no longer giving funds to cultural institutions, and on the 14 April they announced their intention to ‘work constructively with any institution that wishes to reassess its naming obligations to our family’.”

She adds: “The removal of names of historic donors is not currently the policy of the V&A, but we have taken note of this statement and will reflect on it. Our trustees keep these questions under regular review.”

In March, a $6bn legal settlement was reached between the Sackler-owned firm Purdue Pharma and a consortium of US states that would resolve the barrage of civil lawsuits filed against the family for its role in the opioid crisis (the Sacklers deny wrongdoing). The terms of the new settlement would allow museums that have taken Sackler money to remove the family name from physical facilities, programmes, scholarships and endowments without penalty, provided that they give 45 days’ confidential notice and do not “disparage the Sacklers”.

UPDATE (10 May): The Guggenheim museum in New York has also removed the Sackler name. A spokeswoman says: “The Guggenheim and the Mortimer D. Sackler family have agreed to rename the arts education center. We believe this decision is in the best interest of the museum and the vital work it does.”