From NFT pets to a dystopian video game, digital art stands out at Nada New York 2022 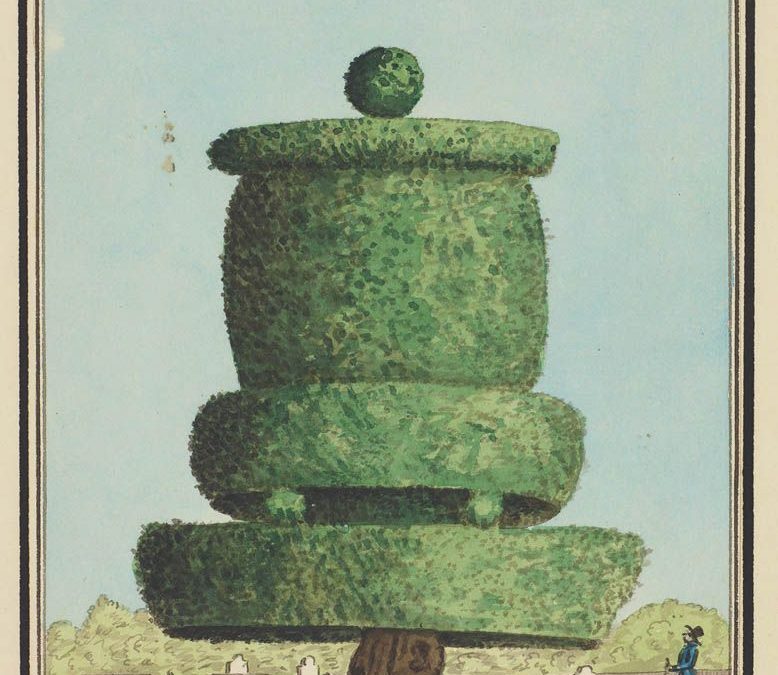 English Garden Eccentrics begins with a quotation from John Stuart Mill’s On Liberty (1859), extolling eccentricity. Mill’s ingenious argument is that non-conformity is a weapon in society’s battle against tyranny: “the amount of eccentricity in a society has generally been proportional to the amount of genius, mental vigour, and moral courage which it contained. That so few now dare to be eccentric, marks the chief danger of the time.” Todd Longstaffe-Gowan adroitly links this observation to case studies of English eccentrics, who used gardening as a form of autobiography. The gardens range from the 17th to the early 20th century, and they are linked by a kind of lateral thinking that leads from grottos to rockeries, from mini-Matterhorns to topiary and aviaries—in short, a world of allegory transmuted into gardens. At the same time, the book is rich in unexpected insights into cultural history that give a broader context to its theme.

As many of the gardens under review have been lost or are in one way or another inaccessible, their recreation here required extraordinary detective work, aided by contemporary illustrations and commentaries. Thus, Thomas Bushell’s 17th-century grotto at Enstone in Oxfordshire embodied the Renaissance tradition of hydraulics and boasted a wooden statue of Neptune, flanked incongruously by a spaniel and a duck. There were also caverns with a canopy of rain and a menagerie of animals carved from the rock. As the author notes, the structure was in the Gothic revival style, among the earliest in England, and the statue of Neptune bore a striking resemblance to Bernini’s Neptune and Triton (1622-23), then still at the Villa Montalto in Rome.

Two of the most remarkable creations in English Garden Eccentrics are variations on the theme of rock gardens: Lady Elizabeth Broughton’s miniature Swiss glacier at Hoole House near Chester and Joshua Brookes’s vivarium in Great Marlborough Street, London. The former was an extraordinary recreation in miniature of the Mer de Glace at Chamonix in which fragments of white marble were arranged to look like snow, edged by Welsh stone adorned with alpine plants. It was an early example of the vogue for alpine scenery, and Longstaffe-Gowan tellingly juxtaposes a print of the rockwork at Hoole House from 1838 with an early watercolour of Chamonix by William Pars from 1770. Nevertheless, the source of Lady Broughton’s inspiration remains a mystery. Was it prompted by an undocumented visit to the Chamonix valley or, as the author suggests, simply inspired by a close reading of Mary Shelley’s Frankenstein, which contained a celebrated account of the Mer de Glace?

Equally notable was the aviary created by the anatomist and naturalist Brookes, inhabited by an eagle and other raptors in the garden of his house in London’s west end. This structure was composed of stone from the Rock of Gibraltar and designed to resemble a truncated cone. It boasted a jet of water and an aquarium as well as aquatic plants and chained birds; adjacent to this was a “pilgrim’s cell” fashioned out of the jaws of a whale and lit by a stained-glass window. Brookes wrote to the architect John Soane in some detail about the vivarium, clearly in hopes that one of his clients might be interested in purchasing all or parts of the structure for a country estate. Soane does not appear to have pursued the offer but, as the creator of a “monk’s parlour” at his house in Lincoln’s Inn Fields, Soane must have been intrigued by the conceit of a “pilgrim’s cell”.

No trace remains of Lady Broughton’s mini-glacier or Brookes’s vivarium, and this was the fate of a number of the eccentric gardens discussed here. Clearly, fashions in gardening changed, and one person’s mini-Matterhorn would be later dismissed as “an alpine peep show”. Virginia Woolf rather cruelly likened the stately homes of the English upper classes to “comfortably padded lunatic asylums”, and many of the protagonists in Longstaffe-Gowan’s book bear this out. Take, for example, Lady Harriott Reade of Shipton Court, Oxfordshire who spurned human society in favour of birds and monkeys to the extent that the noise and smells emanating from her house were overpowering. Then there is the case of the 5th Duke of Portland, whose hobby was creating a network of subterranean apartments linked by passages large enough for a coach and horses at his estate in Nottinghamshire. Todd Longstaffe-Gowan aimed to encourage fellow gardeners “to dare to be eccentric”, which is good advice even if many of the personages in his book appear to have used gardening as a substitute for therapy.