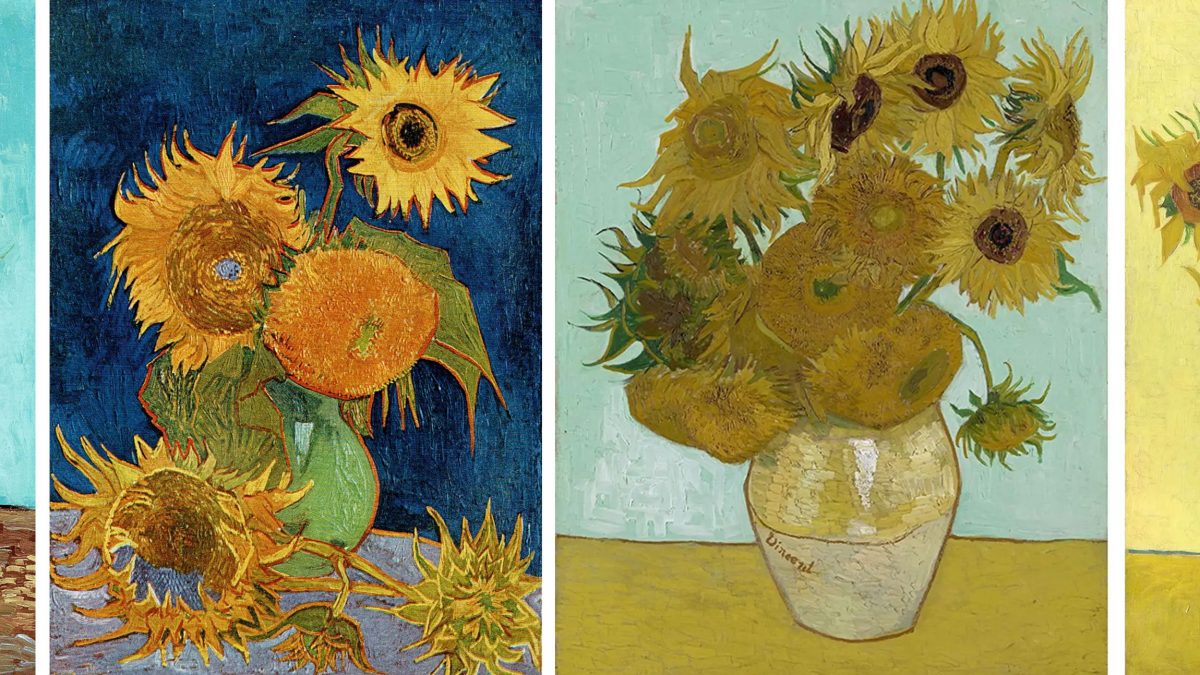 Letters from Van Gogh, the most important of any artist, are only very occasionally shown in exhibitions. Nearly all are at the Van Gogh Museum in Amsterdam and these are virtually never lent, for conservation reasons.

Anne-Marie Springer, from Switzerland, is one of just over a dozen private collectors who own a Van Gogh letter. Her example is to be included in an exhibition of correspondence by around 20 artists at Madrid’s Museo Nacional Thyssen-Bornemisza.

Springer’s letter, written by Van Gogh to his painter friend Emile Bernard, was sent from the south of France and is dated to around 21 August 1888. It is striking just how much change there is in the artist’s handwriting in this single piece of correspondence.

What makes the letter particularly remarkable is that Vincent reveals his intention to produce a series of sunflower paintings to decorate the Yellow House in Arles.

Van Gogh starts off by telling his friend about the landscape that was then on his easel (sadly, this picture is unknown and now lost): “I’m attempting to do dusty thistles with a great swarm of butterflies swirling above them. Oh, the beautiful sun down here in high summer; it beats down on your head and I have no doubt at all that it drives you crazy. Now being that way already, all I do is enjoy it.”

He immediately went on to tell Bernard of his plan: “I’m thinking of decorating my studio with half a dozen paintings of Sunflowers. A decoration in which harsh or broken yellows will burst against various blue backgrounds, from the palest Veronese to royal blue, framed with thin laths painted in orange lead. Sorts of effects of stained-glass windows of a Gothic church. Ah, my dear pals, we crazy ones, let’s anyway enjoy with our eyes, shall we?”

Van Gogh began his series of Sunflowerson Monday 20 August 1888, two days after writing to Bernard. In just a single week, he completed a series of four sunflower still lifes.

What began with a painstakingly observed painting of three sunflowers culminated in his final masterpiece with fifteen vibrant blooms. The first two works of the series remain relatively unknown.Three Sunflowers has always been hidden away in private collections and has never been exhibited in living memory. Six Sunflowers was destroyed in Japan during the Second World War.

Although Vincent failed to sell the Sunflowers during his lifetime, they are now his most popular paintings. They would never now all come up for sale, but the set—only one week’s work—would theoretically be worth well over a billion pounds.

In his August 1888 letter to Bernard, Van Gogh also wrote about two other paintings he had just completed. The first was a portrait of a peasant, Patience Escalier, with the artist explaining that he had chosen colours to suggest “the scorched air of harvest time at midday in the blistering heat”. Van Gogh then added to Bernard, who was with Gauguin in Brittany: “You fellows know what a peasant is, how much of the wild animal there is when you come across somebody pure-bred.”

Van Gogh also wrote about a riverscape, painted a couple of minutes’ walk from the Yellow House by the Rhône: “A man unloading a sand boat. That is, there are two boats, purplish pink, in Veronese green water, with yellow-grey sand, wheelbarrows, planks, a little blue and yellow man. All of it seen from the top of a quay overhanging everything in a bird’s-eye view. No sky.”

Bernard ended up saving 22 letters received from Vincent from 1887 to 1889. In the late 1920s, when in need of money, Bernard sold them and they were acquired by Paris-based Marianne de Goldschmidt-Rothschild, of the famed banking dynasty. She also owned an important Van Gogh painting, L’Arlésienne: Portrait of Marie Ginoux(August 1888, now Musée d’Orsay, Paris).

The German writer Harry Kessler recalled an occasion in 1929 when he saw the letters to Bernard in the Goldschmidt-Rothschild mansion, in a situation he found jarring: “After the meal, thirty [sic] letters by Van Gogh, in an excessively ornate, horrible binding, were handed round with the cigarettes and coffee. Poor Van Gogh!”

It is unknown when Goldschmidt-Rothschild gave or sold the August 1888 letter, but it became separated from the others. In 2001 it was auctioned in Paris, valued at around 450,000 francs (then £42,000—prices of Van Gogh letters have soared since then). It was bought by Anne-Marie Springer.

Springer had started collecting letters by historical figures after the birth of her daughter Zoé in 1994: “Like other mothers at such a moment, I asked myself all sorts of questions. What image of the world and of our society would she have as she grew up, what moral and intellectual values would I want to pass on to her, what ideals would she aspire to?” Anne-Marie’s answer was to start a collection of letters, initially love letters, to be handed on to her daughter.

Today Springer has amassed over 2,000 letters, from the 15th century to the 1970s. In recent years she has become particularly interested in correspondence from painters. “In them we find the genesis of their work, their confidences about material or creative difficulties and the encouragement given by their friends in response,” Springer says.

Other painters to be featured in the coming Thyssen exhibition Artists’ Letters from the Anne-Marie Springer Collection (30 May-25 September) include Cezanne, Degas, Freud, Gauguin, Kahlo, Léger, Manet, Matisse, Monet, Pissarro, Rousseau and Schiele.

• Henk B., who was involved in the theft of two Van Gogh paintings, has been found guilty of another art crime. Under Dutch legal procedure, his surname is not being published in the Netherlands. On Tuesday he was sentenced to four years’ imprisonment over the theft of Monet’s waterscape Voorzaan and Westerhem (1871) from the Zaans Museum in Zaandam, just north of Amsterdam. Last August he seized the painting when the museum was open. Despite gunfire, members of the public intervened outside the museum and recovered the Monet.

In 2002, Henk B. had been involved in the theft of two works at the Van Gogh Museum in Amsterdam. Vincent’s View of the Sea at Scheveningen (1882) and Congregation leaving the Reformed Church in Nuenen (1884-5) were eventually recovered near Naples in 2016.

• An example of Van Gogh’s etched Portrait of Dr Paul Gachet (June 1890) is to go on sale at the Tefaf New York fair (5-10 May), with Kasmin Gallery. Although around 80 impressions of the print survive, it is much sought after. The Kasmin version, printed by Dr Gachet’s son or his printer Eugène Delâtre, is priced at $240,000.