Fair-mageddon: Can art fairs recover from such dramatic losses?

‘The apple of my eye’: New Cezanne show in London and Chicago includes still life once owned and loved by Gauguin 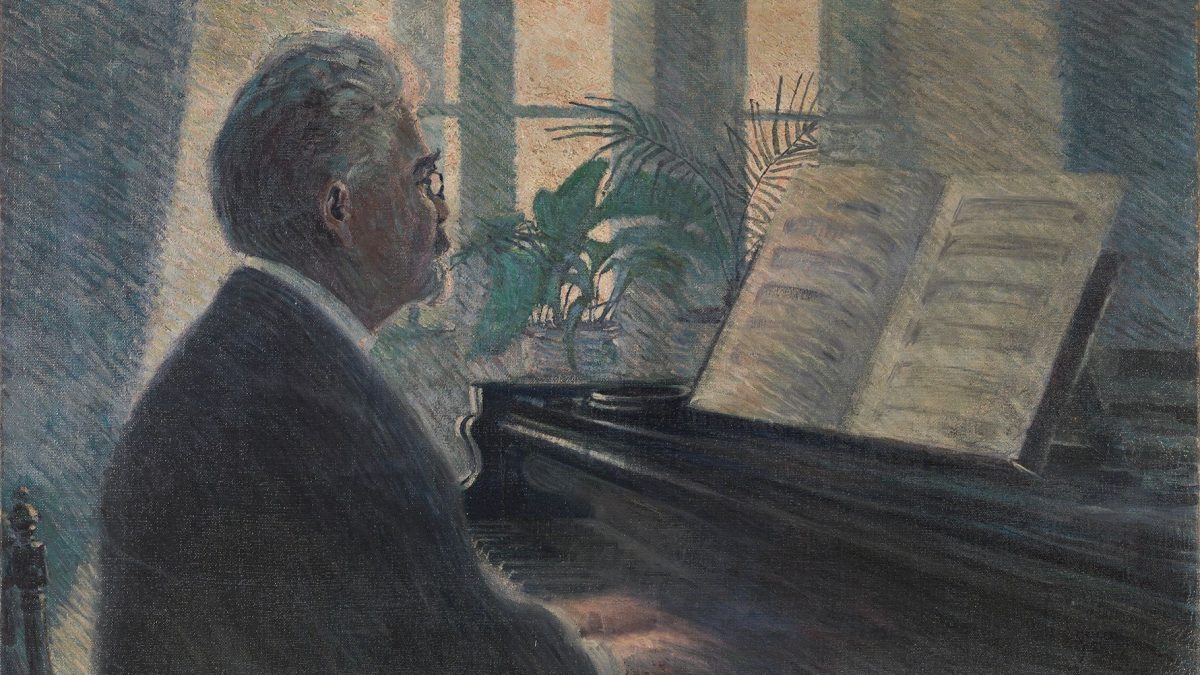 A work by Egon Schiele depicting the Austrian artist’s uncle and legal guardian has been rediscovered after 100 years. Leopold Czihaczek at the Piano 1907, which is owned by a Viennese private collector, will go on loan to the Leopold Museum in Vienna and also be minted as an NFT (non-fungible token) by the French start-up LaCollection.

The missing work was last cited in Rudolph Leopold’s 1972 catalogue raisonné of the artist; the other main source material verifying the discovery is a black-and-white photograph dating from 1930. The work will go on display at the museum as part of a five-year loan (the date is to be confirmed). The Leopold Museum houses the largest collection of works by Schiele (1890–1918) comprising 42 paintings, 184 watercolours, drawings, and prints including Portrait of Wally Neuzil (1912).

The Neuzil work will also be available as part of the “exclusive NFT collection of 24 paintings and drawings by Schiele, produced in partnership with LaCollection”, says the museum. Sale proceeds from the project—LaCollection’s first collaboration with a European museum—will go towards the discovered painting’s restoration and expansion of the Leopold Museum’s Schiele collection.

“The curated NFT collection [at the Leopold] will reflect subjects at the heart of Schiele’s extensive body of work that continue to resonate today; gender and androgyny, self-identity and plurality, as well as psychological struggle,” says the museum in a statement. The general NFT market sales run online from 16 to 26 May.

The 24 works, including the rediscovered painting, will be sold across three scarcity levels: three of the Schiele paintings will be “Ultra Rare” (high value) including Female nude withRaisedArms (1910). An accompanying exhibition of the Schiele NFTs from the Leopold Museum will also be shown at White Space Chelsea during Frieze New York (17-22 May).

LaCollection, which was co-founded by the entrepreneur Jean-Sébastien Beaucamps, has also teamed up with the British Museum in London, offering NFTs by JMW Turner and Hokusai based on works in the BM collection. But the NFT project has sent the British Museum’s carbon footprint soaring, raising concerns about total emissions associated with the digital versions of existing masterpieces.