Night at the museum? Norwegian architecture exhibition invites members of public to sleep over 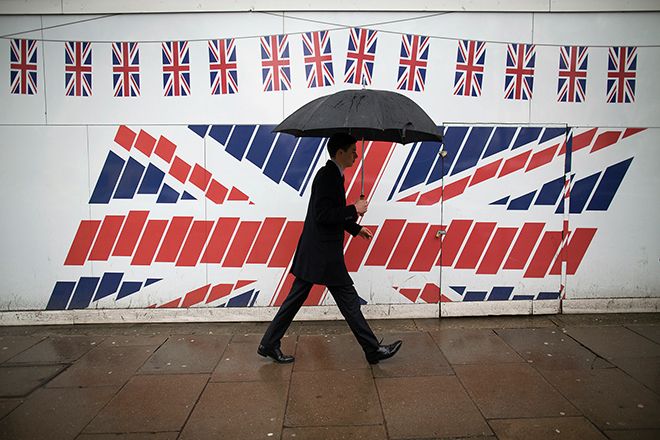 London will become “a shadow of its former self” in just five years if art imports continue to plummet, members of the trade have warned the British government, after it was revealed the UK’s global share of the art market fell by 3% to 17% last year—its lowest in a decade.

The latest figures from HM Revenue and Customs, published in the 2022 Art Basel/UBS Global Art Market report, show that the value of art and antiques imported into the UK in 2020 was $2.1bn, down by one third on 2019. Imports fell a further 18% last year, leaving them at almost half the value of 2019.

Brexit is thought to be the main reason for the sharp decline in imports, which have been further hampered by the pandemic. The art lawyer Pierre Valentin says: “The obligation to pay import VAT when moving art from the EU to the UK and the additional paperwork are considerable deterrents,” adding: “many European collectors have left the UK. The pound sterling has lost some of its value, resulting in sellers of more important works selling in New York rather than in London.”

Before the UK left the EU in 2020, European sellers could bring works into the UK without cost consideration. Now, they are subject to a 5% levy. Moreover, this 5% rate (the lowest in the EU, where rates range from 5.5% in France to 21% in Spain) previously made it the top choice for those wishing to bring art in from non-EU countries (around 80% of the value of the UK market is made up of non-EU trade). Works were routinely imported to the UK and then shipped on to other European countries at no extra cost.

Thousands of smaller dealers, particularly those with most of their clients based in Europe, are now at risk of going under. Steve Shovlar, whose business is worth £1m, says Brexit “wrecked” his company almost overnight. He says: “A parcel costing £14 including VAT to Italy before Brexit now costs £22 with no VAT. Instead of a customer receiving the painting and hanging it on their wall, they receive a customs notification demanding import duty, [a] handling fee and 20% VAT before they get it. Approximately €230 extra for a €1,000 item.” 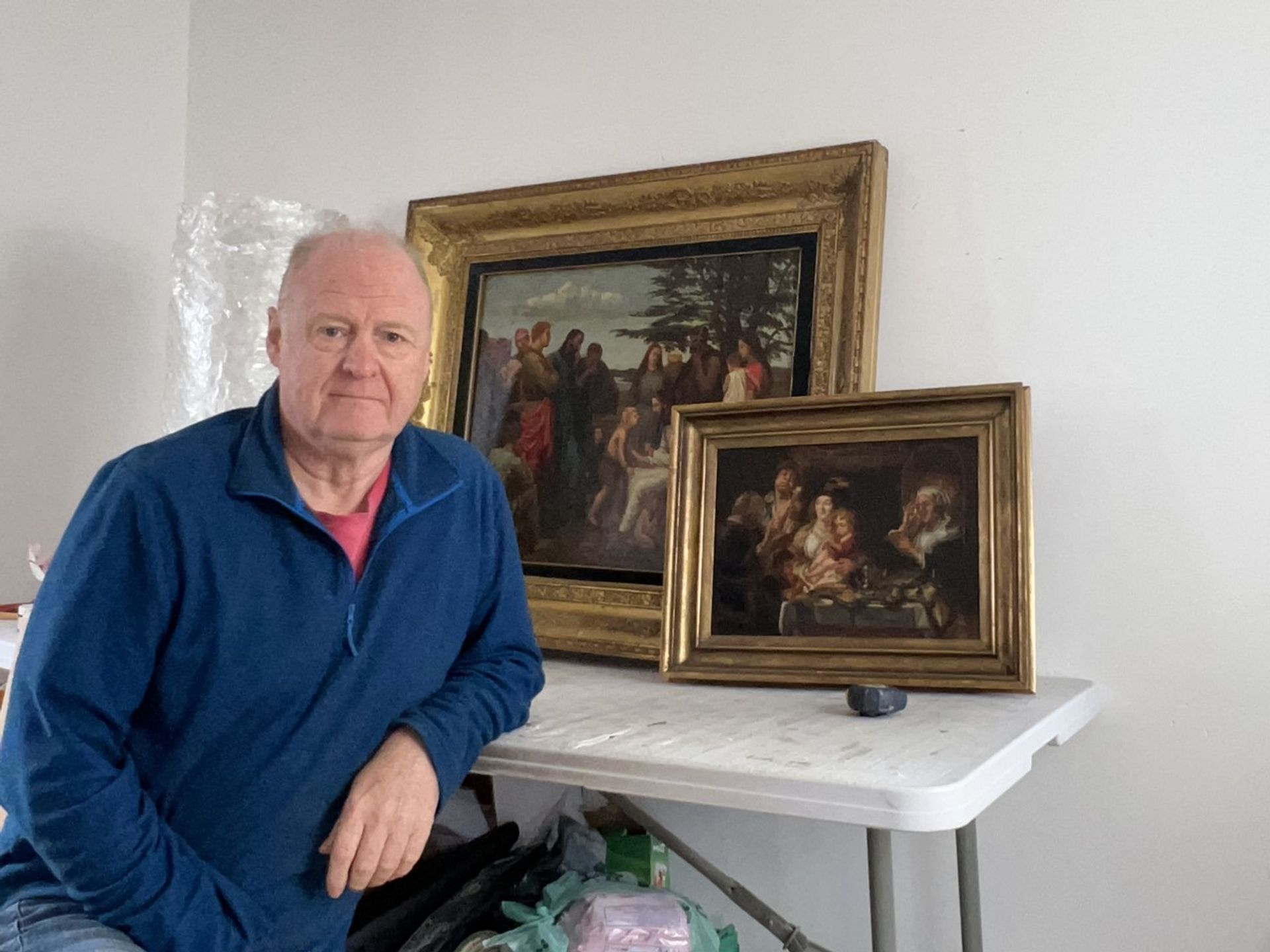 ‘Brexit ruined my business almost overnight’: UK dealer says his income has plummeted by 60% since Britain left the EU

Other members of the trade, however, believe Brexit could present an opportunity to strengthen Britain’s competitive position. Anthony Brown, the chairman of the British Art Market Federation, which has been campaigning for the removal of import VAT on art, says: “Imports are the absolute life blood of an entrepôt market like ours. Without attracting art for sales from abroad, we cannot maintain our status.”

Browne believes the government has failed to take advantage of Brexit “by getting rid of a tax which actually raises very little revenue and is a grit in the machinery of the London art market”. He adds: “Import VAT has impeded people wanting to use London and has really been an attraction for works going to New York and China.”

According to Browne, the net return from VAT on art imports raised around £16m last year—“not a shattering amount of money”, he notes, compared with the estimated £130bn raised in VAT in 2019-20.

Nonetheless, Valentin is not convinced that the government will listen, particularly in the current economic climate—in April the Office for National Statistics revealed inflation had hit 7% in March, while forecasters say the UK could fall into recession this summer. “I cannot see how, with inflation and energy bills out of control, the government can be seen to waive tax for the elite art collectors and art businesses,” Valentin says.

A spokesman for the UK Treasury says it does not comment “on speculation about tax changes outside of fiscal events” and a spokesman for the Department for Digital, Culture, Media and Sport says it is “working on initiatives such as digitising the export licensing system for cultural goods to further facilitate trade in art and antiquities”.

It had been suggested the development of freeports across the UK could benefit the art market; such tariff-free facilities have been a boon to other art destinations such as Geneva, Zurich, Singapore and Beijing. But according to Fionnuala Rogers, the founder and director of Canvas Art Law, the British government decided during consultations that the country’s freeports would “explicitly not be used” to store valuable luxury assets including art “as they didn’t want to be seen as a tax haven for hidden assets post-Brexit”.

Temporary admission currently allows tax on art imports to be deferred for two years, though, as Browne points out, “there is still the perception that the UK is a more complicated place to do business”.

With its relatively liberal trade regime, the US has held the largest global share of the art market (43% in 2021) for more than a decade. Beneath that, the UK and China have consistently jostled for second place. China now takes the number two spot, with 20% market share.

Hong Kong—which benefits from no tax on art imports as well as no wealth, gift, estate or capital gains tax—is increasingly becoming an attractive place to consign major works to auction, despite Beijing’s continued crackdowns on dissent in the metropolis as well as stringent Covid restrictions.

Accordingly, auction houses are beefing up their operations there. Christie’s plans to move into expansive new Asia headquarters in Hong Kong in 2024, while Phillips will be relocating to its new Asia head offices in the West Kowloon Cultural District this autumn.

According to the Art Basel/UBS report, at least 25 new auction businesses have reportedly opened in China since 2020, and around 30 new galleries were launched in 2021.

As for the UK, a Christie’s spokeswoman notes there has been “a drop off” in consignments from EU countries to the firm’s London headquarters between 2019 and 2021. In 2017 Christie’s cancelled its London June post-war and contemporary art sales, relaunching them as day sales in 2018 and fully reinstating the evening sales in 2019.

The reduction in lots, the spokeswoman says, is “part of our business strategy to reduce some of the volume and focus on higher value lots”. In addition, the number of works selling for more than £5m in London rose from 26 in 2019 to 30 in 2021.

A spokeswoman for Sotheby’s, meanwhile, says consignments from EU countries last year were at their highest levels since 2018. Total import statistics to the UK were “not readily available”, however.

Online sales and live-streaming are creating further legal loopholes. Clare McAndrew, the author of the Art Basel/UBS report, notes how livestreaming auctions has meant that a work can be simultaneously bought and sold in different markets, presenting tax arbitrage opportunities. “This puts pressure on places that don’t get the regulatory balance right because people will have more and more choice about where to buy and sell,” she says.

Can Paris snatch the art market crown from London?

While hubs outside Europe benefited most from London’s lost trade, markets in France and Germany may have also picked up some of the slack, particularly at auction. After a drop of more than 30% in 2020, sales in France had a particularly strong uplift in 2021, increasing in value by 50% to $4.7bn, bringing the market to its highest point in ten years.

According to those with inside knowledge, several Gulf states are looking at ways to increase their standing as art market gateways, including introducing more favourable trading regulations. In Dubai, for example, import tax on fine art is currently charged at 5%, though a further 5% VAT is often also added.

Another thorn in the side of the UK market since Brexit has been the availability of shipping “at any price, let alone the right price”, says the art market analyst Ivan Macquisten, who notes that confidence has dwindled among sellers. “Dealers in the US, for instance, have heard so much talk about how challenging it is going to be that they have just sat on their hands. Red tape at ports continues to be a challenge,” he says. Delays in shipping to the EU of between four and seven weeks are not uncommon.

Joseph Abisaleh, the general manager of fine art shipping firm Convelio UK, says the drop in imports stems not only from Brexit, but also from market dynamics. “Brexit has generated a plethora of added complexity, such as needing an EORI [Economic Operators Registration and Identification] number to export or import, and costs, such as customs clearance costs and taxe forfaitaire in France. This has certainly had an impact on the ease of importing into the UK,” he says. “As a result, some galleries have chosen to stop importing goods into the UK; instead, they are now looking to sell directly from where they are sourcing pieces, such as in France, Italy or Spain.”

Abisaleh says his firm’s global teams are now seeing a “clear rise” in requests to ship to Southeast Asia. “Looking at overall market dynamics, we expect the growth of China as a buying power will continue in the upcoming years with the number of HNWIs [high net worth individuals] expected to double by the end of the decade,” he says.

According to the latest figures from the consultants EY, more than 7,000 finance jobs have left the UK for the EU since Brexit. Exact data on the number of art businesses that have relocated from London is harder to come by—immediately after the UK left the EU, half a dozen Italian-owned galleries closed or downsized their operations in the capital. Macquisten thinks the “real test” will come in the summer of 2023 “when we have fully got past Covid”.

Valentin describes it as “a snowball effect”. He says: “As the main auction houses reduce the number of sales in London, they lay off staff. The large galleries follow. The art specialists relocate to cities where they can find employment like New York, Hong Kong, Paris and Zurich.”

Some warn that what happened to Paris in the 1960s, when the introduction of a complicated system of taxes and royalties on art sales contributed to the market’s shift to the US and UK, could happen to Britain. For now, however, factors such as political stability, quality of life, infrastructure and innovation make London Europe’s number one financial centre, according to a ranking by the thinktank Z/Yen Group.

Nonetheless, Rogers believes this could change if incentives are not introduced to encourage specialists and businesses to stay. “As a whole, we’re certainly not increasing our expertise in the arts in London, whereas a lot of other countries around the world are pouring money into culture and attracting talent,” she says. “If we don’t start making the country more attractive to the art market, and if sales and headquarters continue to move out of London, then it might just be too little too late.”