What is the life of a muse like? Not as amusing as you may think 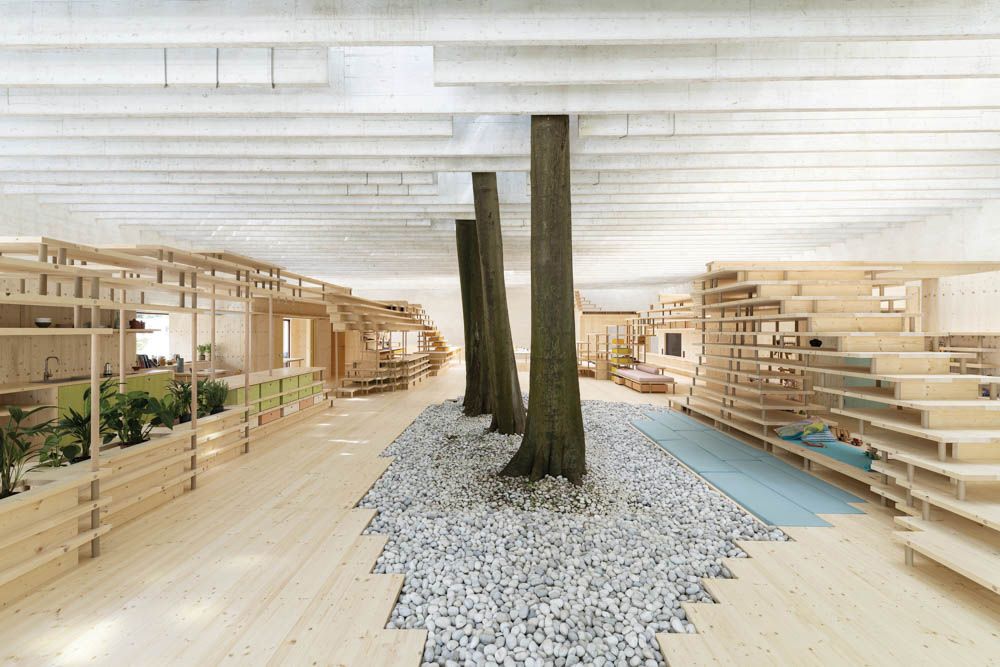 An architecture exhibition opening on 6 May at Norway’s Kode museums will address questions around communal living in several practical and experimental ways, including inviting members of the public to live inside the museum.

Kode’s main exhibition venue will be given over to a co-housing installation by the Norwegian architects Helen & Hard that was previously shown in the Nordic Pavilion at the 2021 Venice Architecture Biennale, in collaboration with the National Museum of Norway. The timber structure has domestic spaces offering varying degrees of privacy and communality, with a large kitchen, common desks, a play area and private bedrooms.

It resembles Vindmøllebakken, an all-wooden 40-unit housing project designed by the firm in Stavanger in 2018. Vindmøllebakken was created as a pilot for the Gaining by Sharing housing model, which combines private apartments with central communal areas for residents to cook, do laundry, and gather together—fostering a sense of community between people of different ages and backgrounds. The model aspires to combat rising rates of loneliness and provide a way of living more sustainably, with shared resources and smaller individual dwellings. Its advocates assert that we can tackle issues such as climate change while also enriching lives and becoming happier.

“We’re trying to counteract the idea that living collectively is about removing freedom,” says the show’s curator, Sindre Nordås Viulsrød. To strengthen this argument, he has invited inhabitants of the Vindmøllebakken estate to live within the installation at certain periods during the exhibition’s four-month run.

Further interactive communal structures will be installed outside the museum’s entrance, including a sheltered timber library and bar that will house miniature architectural models and literature on community-based living.

Meanwhile, the museum’s atrium will be reconfigured as a forum to host debates around the future of architecture in Norway as well as community events and festivities. These will include a temporary takeover by a queer club night, celebrating the 50th anniversary this year of Norway legalising sexual activity between men. By temporarily transforming Kode’s spaces, the show hopes to prove how ideas posed in a museum could permanently change the world outside.