Contemporary Iranian Art That Doesn’t Shy Away from Politics 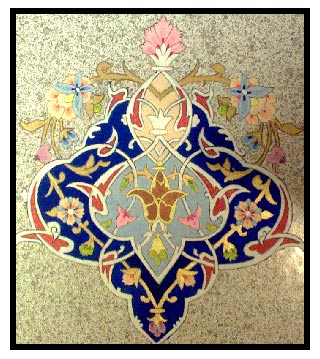 History of the Persian illumination painting: The Iranian art of illumination came to be matured during about five centuries. And the illumination manuscripts, especially the Koran, the designs of fabrics, Persian carpet , bookbinding, tiles, metalwork and architecture , all together sustained an ancient tradition. The Arabesque and decorative flowers and foliage are the results of our father’s endeavor. By the Mongol invasion and the collapse of the Kharazmshahian dynasty, the Iranian cultural and art was squandered. The oppression of the Kharazmshahian dynasty, and their imprudence on the other hand, and encouraged by the Abbasid caliphs brought the blitz of the Mongol towards Iran. After the Mongol invasion, thenceforth the Iranian artistic styles chiefly bookbinding, cloth-weaving, illumination, decorating palaces and other professions, became prevalent in other countries, and this has resulted in the similarity of Iranian arts and crafts among the neighboring countries. The Mongol khan settled down in […]