Macron wins: what now for the French art scene? 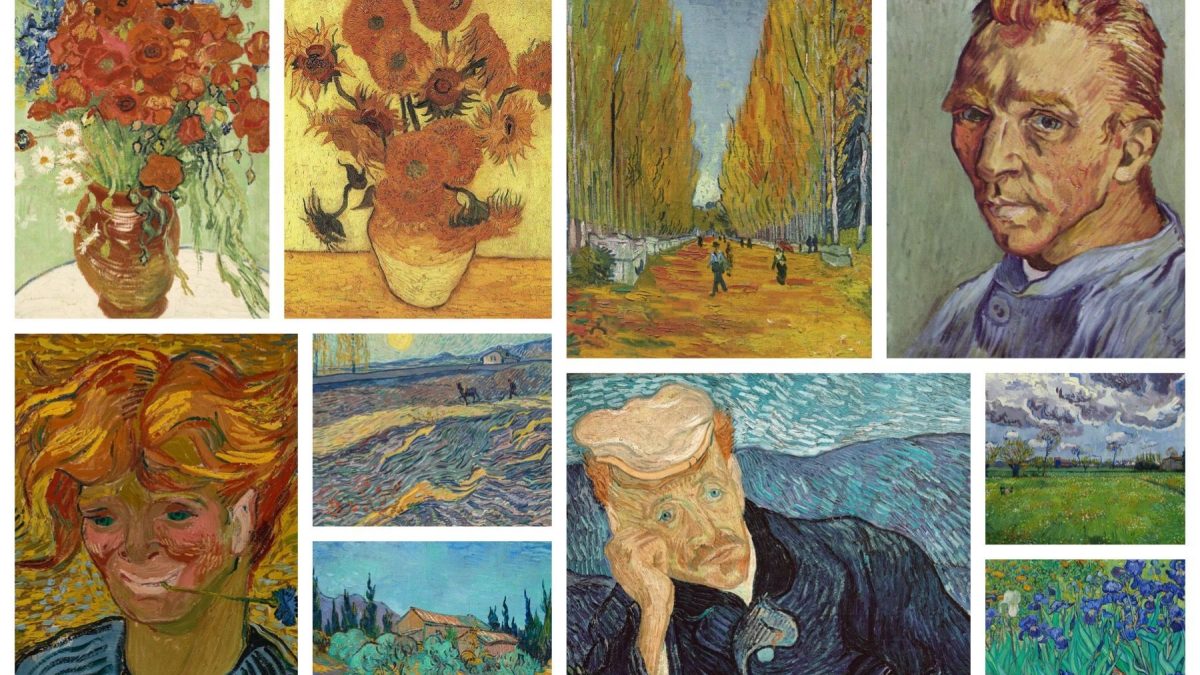 Vincent van Gogh’s pictures only very occasionally come onto the market and, not surprisingly, they fetch huge sums. The odd one is sold privately through a dealer, often very discreetly—but in a typical year only a handful are publicly auctioned.

Here we record the ten most expensive Van Gogh paintings that have ever been sold at auction, plus one coming up at Christie’s in May, which should just make it into the list.

Portrait of Dr Paul Gachet still holds the record for the most expensive Van Gogh, although it sold as long ago as 1990. At Christie’s it fetched $83m, then the highest auction price for a work by any artist. With inflation, it would be equivalent to $180m today.

So why did it make the record price? It is undoubtedly among Van Gogh’s finest portraits. Dr Gachet was a key figure in Vincent’s life, caring for him after the artist shot himself in Auvers-sur-Oise, so the sitter adds greatly to the interest. In 1990 it went to a Tokyo buyer—and at that time Japanese collectors were feverishly competing over the big names of Impressionism and Post-Impressionism.

Portrait of Dr Paul Gachet was bought by the businessman Ryoei Saito, who later claimed that he wanted the painting to be cremated with his body. Fortunately, this did not occur on his death in 1996, and instead the Van Gogh was sold privately to Wolfgang Flöttl, an Austrian investment manager. After he faced financial problems the portrait changed hands again and is now owned by an extremely secretive European billionaire.

Labourer in a Field sold for $81m in 2017. Painted while Van Gogh was living in the asylum outside Saint-Rémy-de-Provence, the composition was inspired by the view from his modest bedroom. A ploughman is at work, set beneath one of the artist’s powerful suns. Like most Van Goghs that come onto the market, this landscape sold to an anonymous buyer.

Self-portrait without a Beard soared to $72m when it was auctioned back in 1998. Van Gogh’s self-portraits are highly prized and only a handful remain in private hands. This one was particularly personal for Vincent, since he painted it in the asylum at Saint-Rémy-de-Provence as a gift to his mother for her 70th birthday. The Courtauld Gallery tried to borrow Self-portrait without a Beard for its current Van Gogh exhibition, but it proved elusive and remains hidden away in an anonymous European collection.

Wooden Cabins among the Olive Trees and Cypresses is one of the most recent Van Gogh sales, going for $71m last November. A striking and little known landscape painting, it was done in the countryside outside the asylum. Although the buyer was anonymous, we understand that the painting went to Hugo Nathan, of the London art advisors Beaumont Nathan, for a private client.

The Avenue of Les Alyscamps was painted in Arles, a few days after the arrival of Van Gogh’s friend Paul Gauguin, who also painted the scene close by. In 2003 the landscape had sold at Christie’s for $12m, but when it returned to auction in 2015 an anonymous buyer paid $66m—more five times as much. Van Gogh’s prices are nearly always on the rise.

Poppies and Daisiesis a dramatic and colourful still life, completed just a few weeks before the artist’s death in Auvers-sur-Oise. It sold for $62m, going to the Chinese entertainment company owner Wang Zhongjun.

Wang is also an amateur artist who enjoys painting flower still lifes. After the auction he commented that the final sum was “slightly lower than I expected”. Wang’s purchase is an indication of how the Van Gogh market has shifted dramatically in the past few years—from North America and Europe to East Asia (China, Hong Kong and Korea).

Landscape under Stormy Sky was painted in Arles after Van Gogh had mutilated his ear and just a few weeks before his departure for the asylum. The meadow is full of springtime flowers with a strolling couple on the left side, set under a dramatic sky. The picture fetched $54m in 2015.

Irises, which was probably the first painting done by Van Gogh at the asylum, has had an unusually chequered recent history. In 1987 it sold at Sotheby’s for $54m, going to the Australian businessman Alan Bond. But he faced financial problems and was unable to pay, so ownership remained with the auction house. In 1990 Sotheby’s then sold the Van Gogh to the J. Paul Getty Museum in California in a private deal. Although the price paid by the museum has never been disclosed, it was probably around the auction sum. It is now among the highlights of the Getty’s collection.

Young Man with a Cornflower, painted in Auvers-sur-Oise, was a source of great surprise last November, when it sailed past its estimate of $5m-$7m, eventually reaching $47m. An unusually expressionistic work, it was painted in the last weeks of Van Gogh’s life in Auvers-sur-Oise. The identity of the buyer has not been revealed, but there was considerable interest from Far Eastern collectors.

Just scraping into the top ten, Sunflowers sold in 1987, when the boom in art prices was just beginning. It is one of seven still lifes of sunflowers thatVan Goghpainted in Arles. This one is his own copy of the original version with a yellow background that is now at London’s National Gallery.

When it came up at Christie’s, the £24m ($40m) paid was three times more than any artwork had ever fetched at auction (with inflation it would now be equivalent to just over $100m). It was also the first time the record price had been paid for a Modern picture, rather than an Old Master. The buyer was the Tokyo-based Yasuda insurance company. The firm was later taken over by the company Sompo and the Van Gogh is now the star attraction at the Sompo Museum of Art.

Sunflowers has proved to be an astonishing investment. If it ever came onto the market again, it would be worth several hundred million dollars.

Several Van Goghs have been sold privately for prices in the same range as those that went to auction. These include Portrait of Joseph Roulin(January 1889), acquired by New York’s Museum of Modern Art in 1989; a version of Wheatfield with Cypresses (June 1889), acquired in 1993 by New York’s Metropolitan Museum of Art; and Girl against a Background of Wheat (June 1890), bought by casino boss Steve Wynn in 1999 and now owned by hedge fund manager Steven Cohen.

Interestingly, all of the works covered in our survey were painted in the last two years or so of Van Gogh’s life, when he was working in Provence or the village of Auvers-sur-Oise. It is these late works that fetch the mega sums. And all except Sunflowers were sold in New York, an indication that the main demand has until recently come from America, rather than Europe.

A newcomer may soon push its way into the top ten. On 12 May, Christie’s, New York is to offer Fields near the Alpilles (Champs près des Alpilles) (November 1889), a view painted on the outskirts of Saint-Rémy-de-Provence. Although no formal estimate has been published, the auction house expects it to make around $45m. Christie’s recently toured the painting to Taipei and Hong Kong, an indication of growing East Asian interest.

Fields near the Alpilles has an illustrious provenance, which may well add interest for potential buyers: it was owned by the couturier Yves Saint Laurent and his partner Pierre Bergé.